Good morning. The vaccine news continues to be better than many people realize. 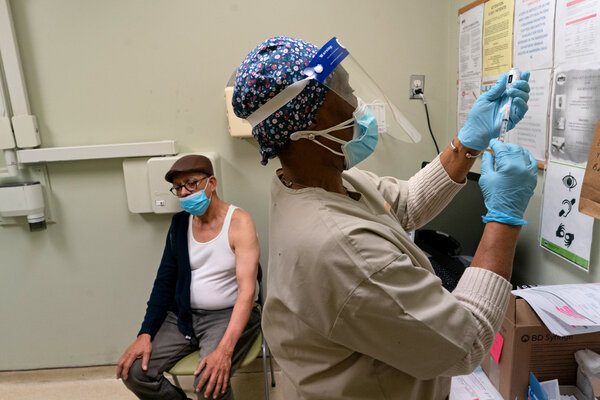 Many people are instead focusing on relatively minor differences among the vaccine results and wrongly assuming that those differences mean that some vaccines won’t prevent serious illnesses. It’s still too early to be sure, because a few of the vaccine makers have released only a small amount of data. But the available data is very encouraging — including about the vaccines’ effect on the virus’s variants.

“The vaccines are poised to deliver what people so desperately want: an end, however protracted, to this pandemic,” as Julia Marcus of Harvard Medical School recently wrote in The Atlantic.

Why is the public understanding more negative than it should be? Much of the confusion revolves around the meaning of the word “effective.”

What do we care about?

In the official language of research science, a vaccine is typically considered effective only if it prevents people from coming down with any degree of illness. With a disease that’s always or usually horrible, like ebola or rabies, that definition is also the most meaningful one.

But it’s not the most meaningful definition for most coronavirus infections.

Whether you realize it or not, you have almost certainly had a coronavirus. Coronaviruses have been circulating for decades if not centuries, and they’re often mild. The common cold can be a coronavirus. The world isn’t going to eliminate coronaviruses — or this particular one, known as SARS-CoV-2 — anytime soon.

Yet we don’t need to eliminate it for life to return to normal. We instead need to downgrade it from a deadly pandemic to a normal virus. Once that happens, adults can go back to work, and children back to school. Grandparents can nuzzle their grandchildren, and you can meet your friends at a restaurant.

As Dr. Ashish Jha, the dean of the Brown University School of Public Health, told me this weekend: “I don’t actually care about infections. I care about hospitalizations and deaths and long-term complications.”

By those measures, all five of the vaccines — from Pfizer, Moderna, AstraZeneca, Novavax and Johnson & Johnson — look extremely good. Of the roughly 75,000 people who have received one of the five in a research trial, not a single person has died from Covid, and only a few people appear to have been hospitalized. None have remained hospitalized 28 days after receiving a shot.

To put that in perspective, it helps to think about what Covid has done so far to a representative group of 75,000 American adults: It has killed roughly 150 of them and sent several hundred more to the hospital. The vaccines reduce those numbers to zero and nearly zero, based on the research trials.

Zero isn’t even the most relevant benchmark. A typical U.S. flu season kills between five and 15 out of every 75,000 adults and hospitalizes more than 100 of them.

I assume you would agree that any vaccine that transforms Covid into something much milder than a typical flu deserves to be called effective. But that is not the scientific definition. When you read that the Johnson & Johnson vaccine was 66 percent effective or that the Novavax vaccine was 89 percent effective, those numbers are referring to the prevention of all illness. They count mild symptoms as a failure.

“In terms of the severe outcomes, which is what we really care about, the news is fantastic,” Dr. Aaron Richterman, an infectious-disease specialist at the University of Pennsylvania, said.

What about the highly contagious new virus variants that have emerged in Britain, Brazil and South Africa? The South African variant does appear to make the vaccines less effective at eliminating infections.

Fortunately, there is no evidence yet that it increases deaths among vaccinated people. Two of the five vaccines — from Johnson & Johnson and Novavax — have reported some results from South Africa, and none of the people there who received a vaccine died of Covid. “People are still not getting serious illness. They’re still not dying,” Dr. Rebecca Wurtz of the University of Minnesota School of Public Health told me.

The most likely reason, epidemiologists say, is that the vaccines still provide considerable protection against the variant, albeit not quite as much as against the original version. Some protection appears to be enough to turn this coronavirus into a fairly normal disease in the vast majority of cases.

“This variant is clearly making it a little tougher to get the most vigorous response that you would want to have,” Dr. Francis Collins, director of the National Institutes of Health, said. “But still, for severe disease, it’s looking really good.”

What would an expert do?

The biggest caveat is the possibility that future data will be less heartening. Johnson & Johnson and Novavax, for example, have issued press releases about their data, but no independent group has yet released an analysis. It will also be important to see much more data about how the vaccines interact with the variants.

But don’t confuse uncertainty with bad news. The available vaccine evidence is nearly as positive as it could conceivably be. And our overly negative interpretation of it is causing real problems.

Some people worry that schools cannot reopen even after teachers are vaccinated. Others are left with the mistaken impression that only the two vaccines with the highest official effectiveness rates — from Moderna and Pfizer — are worth getting.

In truth, so long as the data holds up, any of the five vaccines can save your life.

Last week, Dr. William Schaffner of Vanderbilt University told my colleague Denise Grady about a conversation he had with other experts. During it, they imagined that a close relative had to choose between getting the Johnson & Johnson vaccine now or waiting three weeks to get the Moderna or Pfizer vaccine. “All of us said, ‘Get the one tomorrow,’” Schaffner said. “The virus is bad. You’re risking three more weeks of exposure as opposed to getting protection tomorrow.”

President Biden will meet with ten Republican senators who outlined a framework for a smaller coronavirus relief bill.

At least 19 state and local elected officials attended former President Donald Trump’s rally on Jan. 6, and some stormed the Capitol.

“77 Days: Trump’s Campaign to Subvert the Election” — a Times story with new details.

Protesters rallied across Russia in support of the jailed opposition leader Aleksei Navalny.

The police in Rochester, N.Y., released body-camera footage that shows officers using handcuffs and pepper spray on a 9-year-old girl.

Myanmar’s military launched a coup against the country’s elected government and detained the civilian leader, Daw Aung San Suu Kyi. Myanmar had been a rare case in which generals willingly handed over some power to civilians after elections in 2015.

Twenty-one men accused John Weaver, a co-founder of the anti-Trump group the Lincoln Project, of sending them unsolicited and sexually provocative messages.

An Appraisal: “She seemed delicate. But only ‘seemed.’ She was delicate the way a ribbon of steel holds up its part of a bridge.” The critic Wesley Morris reflects on Cicely Tyson’s career.

From Opinion: Athletes should get their shots in public to boost confidence in the vaccine, Kareem Abdul-Jabbar, the basketball great, writes.

Lives Lived: Sophie was an innovative producer and performer whose music distilled speed, noise, melody, clarity and catchiness into hyperpop. She died at 34.

The photographer Corky Lee was determined to restore the contributions of Asian-Americans to the historical record and to document their present-day lives and struggles. Lee died, from Covid-19, at 73.

The joys of watching other people clean

Vacuuming floors, scrubbing bathtubs, folding laundry. That’s not just a household to-do list — it’s also a list of what you’ll find on a popular genre of YouTube channel, in videos like “Clean with Me” or “Extreme Cleaning.”

The videos are largely motivational: Some people watch them while cleaning their own homes, while others use them as inspiration — especially during the pandemic, when many people need a pick-me-up. “The influencers play the role of cheerleader and best friend, commiserating about the mess and offering strategies on how to tackle it,” The Times’s Ronda Kaysen writes.

The genre also has an aspirational quality, similar to home-improvement TV shows. The homes are usually large, with expansive kitchens. The videos are set to soothing music, and their stars are often young women. The videos reframe, and monetize, their labor.

Jessica Tull started her channel in 2017 as a way to make friends while she was at home with small children. “My ex-husband laughed at me,” Tull told The Times. He told her there was no way she could make a living cleaning the house on YouTube. She has more than half a million followers, and YouTube is her full-time job.

The first piece in “Black History, Continued,” a series that will explore transformative figures in Black culture.

The pangrams from Friday’s Spelling Bee was toughen. Today’s puzzle is above — or you can play online.

P.S. Ayatollah Khomeini returned to Iran after a lengthy exile 42 years ago today, as you can see on this Times front page.

Today’s episode of “The Daily” is about GameStop. On the Book Review podcast, Ron Lieber talks about paying for college and Michael J. Stephen talks about human lungs. 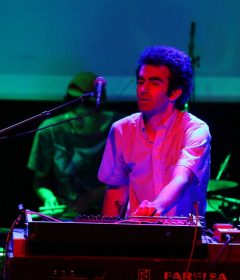 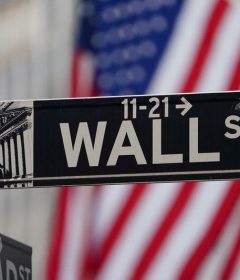