Home » Analysis & Comment » Opinion | Germany Is in Shock. Its Politicians Are on Autopilot.

BERLIN — Germany, unlike the United States, doesn’t really have a history of natural disasters. Blessed with a moderate climate and fortunate geography, the country knows little of hurricanes, strong earthquakes or heavy rain.

That changed last week: Floods, after exceptionally heavy rainfall, devastated parts of the country, affecting Belgium, Switzerland and the Netherlands, too. Villages, roads, bridges and power lines were destroyed. At least 170 people are dead, and many are still missing. Hundreds have been injured and countless livelihoods lost.

The country is in shock. Images of people waiting on rooftops for help, cars tossed around like toys by the water and entire houses turned to rubble are seared into our minds. Nearly 20 years on from our last major flood, the conclusion is inescapable: Climate change is right here, right now, and it hurts.

But you wouldn’t know that from the country’s politics. Coming just two months before September’s momentous elections, which will decide who replaces Chancellor Angela Merkel after 16 years in power, the catastrophe has so far done strangely little to shake up the contest. Rather than raise the pitch of politics to a new level of urgency, it has proved the parties’ aversion to risk. For the Green Party in particular, which had hoped to become the country’s largest party, it’s a big missed opportunity.

It’s not that the major parties ignore climate change; in fact, they offer plenty of grand rhetoric. The Social Democratic Party’s platform says that fighting climate change is nothing less than “humankind’s mission.” The Greens call it “the existential question of our time.” The liberal Free Democratic Party promotes “more German audacity for climate protection and sustainable development.” And even Ms. Merkel’s Christian Democratic Union, traditionally hesitant on the topic, promises to decarbonize the economy.

But in practice, the campaign has focused on individual candidates for chancellor, not the parties’ visions of Germany’s future. Armin Laschet, who emerged as the Christian Democrats’ candidate after a bruising power struggle within the party, hasn’t managed to shrug off the perception, created by a few distraught appearances during the height of the pandemic, that he’s not cut out for national leadership.

The character of Annalena Baerbock, the Green Party’s candidate, has come under even more scrutiny. Not only did she fail to fully report several payments she had received from her party, but her résumé was also found to contain inaccuracies, and she was accused of plagiarizing parts of a book that she published in June. Amid the froth, pressing questions of policy receded.

Last week’s floods could have changed things — and the debate did turn, briefly, to climate change. But it was far from substantial. Mr. Laschet, for example, acknowledged that the floods may be related to climate change, only to add a few hours later that “just because it’s a day like this, you don’t change your policies.” Olaf Scholz, the Social Democratic candidate, stuck to his role as finance minister, assuring people who lost their livelihoods they would not be abandoned.

Even Ms. Baerbock refrained from bold proposals. In the sole interview she gave after visiting — without the press — the affected region, she called only for climate mitigation and a government fund to support communities in preparing for weather extremes. From the standard-bearer for ecological politics, whose party has consistently pushed for a more ambitious approach to climate change, it was a curiously cautious approach.

That’s depressing, in a way. But it’s not very surprising.

For one, the country’s mainstream parties have moved closer to one another on policy since the last campaign, in 2017. They agree on so many things now — modernizing the state, managing migration, strengthening the European Union — that the fault lines between them have become less and less visible. For example, all parties, except for the far-right Alternative for Germany, agree that Germany’s economy should be carbon neutral by 2050 at the latest. Sure, there are differences when it comes to how, but methods are too weedy to campaign on.

What’s more, coalitions that used to be unthinkable, such as between the Christian Democrats and the Greens, are now the norm in many states — and may well be the only option after September’s elections. Parties, understandably, are reluctant to forcefully campaign against one another. Why make an enemy of a future friend?

And then there are the voters. Though most Germans are concerned about climate change, they are hesitant to do much about it. Only 59 percent say they are ready to “change their habits and their way of life.” There seems to be little clamor for bold solutions.

Taken together, we end up here. Rather than discuss renewable energy, new infrastructure or better preparation for extreme weather events (and ways to pay for it all), parties speak soothingly of overcoming this immediate crisis. Catering to voters’ desire to dump all these complicated questions onto the shoulders of a reliable leader, they ask instead: Who do you prefer — Mr. Laschet, Ms. Baerbock or Mr. Scholz?

The crisis may still benefit one party or another. But that’s not really the point. The terrible floods were a tragedy, but they were also an opportunity — to convince the country of the need for change and the urgency of building a better future. We mustn’t wait for another.

Anna Sauerbrey (@annakatrein) is an editor and a writer at the German daily Der Tagesspiegel. 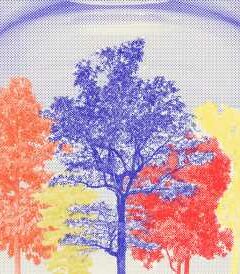