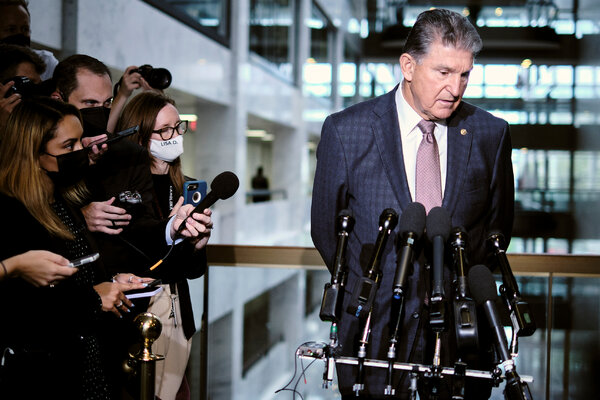 Senator Joe Manchin of West Virginia has been coy about what he wants from the Democratic “reconciliation” bill meant to pass as much of the president’s agenda into law as possible. Other than a number — he wants to shrink the Biden’s administration’s Build Back Better proposal from $3.5 trillion to $1.5 trillion — Manchin has not said much about which policies he would keep and which he would cut.

Manchin does, however, have one red line.

“I’m just not, so you know, I cannot accept our economy or basically our society moving toward an entitlement mentality,” Manchin said last week. “I’m more of a rewarding, because I can help those who are going to need help if those who can help themselves do so.”

He repeated the point on Wednesday, criticizing Senator Bernie Sanders of Vermont, who wants a larger bill. “I’ve been very clear when it comes to who we are as a society, who we are as a nation,” Manchin said. “I don’t believe that we should turn our society into an entitlement society. I think we should still be a compassionate, rewarding society.”

In previous statements, Manchin used debt and inflation to justify his opposition to spending that went beyond his comfort level. “The nation faces an unprecedented array of challenges and will inevitably encounter additional crises in the future,” Manchin wrote in The Wall Street Journal last month. “Yet some in Congress have a strange belief there is an infinite supply of money to deal with any current or future crisis, and that spending trillions upon trillions will have no negative consequence for the future. I disagree.”

It should be said that Manchin’s case is not very persuasive. Interest rates are low and have been for the last decade. Looking ahead, the Congressional Budget Office expects interest rates to stay low until at least the 2030s. For the government, then, borrowing is cheap and there’s little risk that the additional debt will overheat the economy or crowd out private investment. We can, and should, spend much more than $3.5 trillion, especially since — when spread out over 10 years — that number represents 1.2 percent of our projected national income over the same period.

But the reality of America’s fiscal capacity isn’t the point. For as much as he talks about debt and spending, Manchin’s objection is more moral than it is practical. To say that you don’t want to foster an “entitlement” mentality among America’s able-bodied adults is to make a statement about the proper order of things, as you understand them. 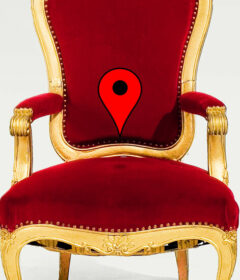