Bret: My intuition tells me that the name Matt Gaetz is going to make an appearance in a future Gail Collins column. Want to preview your thoughts?

Gail: Well, I did once write a book on sex scandals. I know that’s not exactly the kind of literary career you brag about, but it definitely had more interesting anecdotes than the one I did on William Henry Harrison.

Bret: I gather from this that Tippecanoe Had No Sex Scandal, Too. Go on.

Gail: My first thought is that there are political sex scandals you’re sad about because you feel sorta sorry for the person who got caught.

Bret: That was my feeling about Mark Sanford.

Gail: Matt Gaetz falls in neither of those categories. This is the guy, you may remember, who argued that the prime cause of deadly violence in America was not guns but immigrants.

Bret: We should probably stipulate that the Florida congressman denies the charges of having sex with a minor and claims his family is being extorted. We should also stipulate that, along with Marjorie Taylor Greene, he is the most despicable member of Congress, which is — saying something. If readers want to provide their own Top Ten lists of Congressional Despicables, they can chime in.

Bret: Gaetz is the guy who invited a Holocaust denier to attend a State of the Union. He suggested we hunt down antifa like Middle Eastern terrorists. He also claimed antifa was behind the Jan. 6 insurrection. He and some other Republicans stormed a secure room at the Capitol during the impeachment inquiry. In short, he’s the perfect representative for the Trumpified G.O.P.

But on to a more arguable matter. I gather you are loving the latest infrastructure-building, tax-hiking barrage from the Biden White House.

Gail: Yeah. I don’t think most people doubt there’s a big hole the government needs to fill somehow. And I would be in the camp that believes it goes beyond roads and bridges and into health care for the elderly. And quality early childhood education. Which even many on the right agree is critical.

Bret: I do admire how the word “infrastructure” has morphed into a synonym for “everything.”

Gail: Well, there are certainly some things you don’t think of as surface transport that should count as infrastructure. I’d argue most of them are critical, basic services without which the country can’t grow.

For instance, how do you feel about universal high-quality early childhood education?

Kidding! But I guess this is where a core difference between liberals and conservatives comes into play. Liberals tend to think that more spending on worthy objectives leads to better outcomes. Conservatives tend to reply: Not so fast.

Gail: Can we have a Think Slow joke here?

Bret: I’m actually not against a lot of what’s in the infrastructure plan. Even conservatives don’t like potholes. What I fear about this is that it’s going to give the government a vastly larger role in allocating capital. For instance, the plan devotes $50 billion to “semiconductor manufacturing and research.” Thanks, but I’d just as soon have the Intels and Microns of the world do the job. Or there’s $46 billion for “clean energy manufacturing.” Again, that sounds great in theory, but the last time we tried that we got expensive failures like Solyndra or Fisker Automotive.

Gail: If we’re gonna argue about federal aid and industrial research, let’s take those computer chips. A lot of people are worried about China getting ahead of us. Also this is exactly the sort of product nobody wants to be dependent on other countries for an adequate supply.

Bret: Last I checked, Apple makes the fastest laptop chip in the world. Not sure they need federal aid.

My biggest worry is that we’re going to end up like France: a lovely country of talented people and great culture in which the government spends a huge share of gross domestic product, and which, consequently, has experienced 40 years of chronically high unemployment, diminished economic competitiveness, political polarization, a brain drain and general decline.

Gail: Well, France has a better life expectancy, so they can at least decline longer, and in more comfort.

Bret: I blame our lagging life expectancy as a nation entirely on the Never Ending Pasta Bowl at Olive Garden.

Gail: Really, there’s a heck of a lot of difference between using federal money to encourage research on advanced technology and putting government in competition with business. If the government invests well, it’ll spur business forward.

Gail: Anything else about President Biden that’s got your goat? And hey, what do you think about major league baseball pulling the all-star game out of Atlanta because of Georgia’s nasty new voting law?

Bret: I wouldn’t call a voting law nasty when it actually expands early voting in some places. And I generally hate politicizing sports events, which is one of the few things people with different political views can enjoy together without getting into a partisan argument over it.

Gail: Well, it’s not the only form of mass entertainment — haven’t heard anybody fighting about “Godzilla vs. Kong.”

Gail: I believe most corporations would already have higher prices if they thought they could still sell as much stuff.

Bret: I mind less about the possibility of hikes in the income tax rate, because I’ve moved to the Cayman Islands and I’m taking citizenship here. OK, kidding again, but, generally speaking, raising tax rates tends to encourage all sorts of tax avoidance and evasion.

Gail: Sorry, I was distracted by a vision of having a conversation with you while you were in the Cayman Islands, rocking in a hammock, surrounded by red-footed boobies. Love that bird name.

Bret: Not to be confused with the red-hatted boobies sometimes found across the waters in Florida.

Gail: On taxes the one thing I’m hoping Biden will do is bring back the rule that state and local taxes are deductible. Always felt that was the right wing’s great triumph over the cities.

Bret: Bottom line on taxes is that the people who are going to try to evade them will try to evade them no matter what the level. In the meantime, Gail, we have the trial of Derek Chauvin. I have nothing remotely funny to say about it. It just amplifies the horror we all felt about it last year. 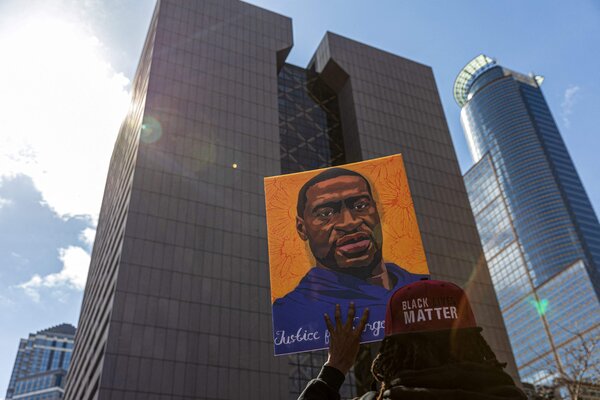 Gail: The one positive note is that the trial is getting such extensive coverage. It’s really hard to avoid it unless you devote all your television time to Fox.

Gail: Almost everybody now knows what happened, and the visuals are so intense, it’s got to have brought more people, including more government officials, around to the critical importance of good, fair, well-supervised police.

Bret: I certainly hope so. Policing is difficult, dangerous and necessary work. But it has to help the communities it serves, not tyrannize them. There is no circumstance in which policing can ever turn into some form of uniformed thuggery, which is what Chauvin’s actions were. What happened to George Floyd should be a “never again” moment for all of us.

Gail: That’s certainly my hope. And Bret, before we sign off, let’s go positive. Look forward to the summer and tell me one thing you’re really keen on doing.

Bret: Seeing you in the office and having lunch at that Spanish tapas place across the street. Indoors, even! Now that I’ve had my first shot, I’m beginning to think it just might finally happen.