The Right to Health

The United States owes its existence as a nation partly to an immunization mandate.

In 1777, smallpox was a big enough problem for the bedraggled American army that George Washington thought it could jeopardize the Revolution. An outbreak had already led to one American defeat, at the Battle of Quebec. To prevent more, Washington ordered immunizations — done quietly, so the British would not hear how many Americans were sick — for all troops who had not yet had the virus.

It worked. The number of smallpox cases plummeted, and Washington’s army survived a war of attrition against the world’s most powerful country. The immunization mandate, as Ron Chernow wrote in his 2010 Pulitzer Prize-winning biography of Washington, “was as important as any military measure Washington adopted during the war.”

In the decades that followed, immunization treatments became safer (the Revolutionary War method killed 2 percent or 3 percent of recipients), and mandates became more common, in the military and beyond. They also tended to generate hostility from a small minority of Americans.

A Cambridge, Mass., pastor took his opposition to a smallpox vaccine all the way to the Supreme Court in 1905, before losing. Fifty years later, while most Americans were celebrating the start of a mass vaccination campaign against polio, there were still some dissenters. A United Press wire-service article that ran in newspapers across the country on April 13, 1955, reported:

Hundreds of doctors and registered nurses stood ready to begin the stupendous task of inoculating the millions of children throughout the country.

Some hitches developed, however. In Maryland’s Montgomery County, 4,000 parents flatly refused to let their youngsters receive the vaccine. Two counties in Indiana objected that the plan smacked of socialized medicine.

We are now living through this cycle again. The deadline for many workplace mandates arrived this week, often requiring people to have received a Covid-19 vaccine or face being fired. In California, the deadline for health care workers is today.

As was the case with Washington’s army, the mandates are largely succeeding:

California’s policy has led thousands of previously unvaccinated medical workers to receive shots in recent weeks. At Cedars-Sinai Medical Center in Los Angeles, about 800 additional workers have been vaccinated since the policy was announced last month, bringing the hospital’s vaccination rate to 97 percent, according to my colleague Shawn Hubler.

When New York State announced a mandate for hospital and nursing-home staff members in August, about 75 percent of them had received a shot. By Monday, the share had risen to 92 percent. The increase amounts to roughly 100,000 newly vaccinated people.

At Trinity Health, a hospital chain in 22 states, the increase has been similar — to 94 percent from 75 percent, The Times’s Reed Abelson reports. At Genesis HealthCare, which operates long-term-care facilities in 23 states, Covid cases fell by nearly 50 percent after nearly all staff members had finished receiving shots this summer.

Often, the number of people who ultimately refuse the vaccine is smaller than the number who first say they will. Some are persuaded by the information their employer gives them — about the vaccines’ effectiveness and safety, compared with the deadliness of Covid — and others decide they are not really willing to lose their jobs.

A North Carolina hospital system, Novant Health, last week suspended 375 workers, or about 1 percent of its work force, for being unvaccinated. By the end of the week, more than half of them — about 200 — received a shot and were reinstated.

Of course, 175 firings are not nothing. (A Washington Post headline trumpeted the story as “one of the largest-ever mass terminations due to a vaccine mandate.”) United Airlines said this week that it would terminate even more employees — about 600, or less than 1 percent of its U.S. work force.

These firings can create hardship for the workers and short-term disruptions for their employers. But those disruptions tend to be fleeting, because the percentage of workers is tiny. “I’m not seeing any widespread disruptive effect,” Saad Omer of the Yale Institute for Global Health told The Times.

And the benefits — reducing the spread of a deadly virus and lowering the chances it will mutate dangerously in the future — are large.

As Carol Silver-Elliott, the chief executive of Jewish Home Family, a senior-care facility in New Jersey, told ABC News about her company’s mandate, “We felt it was a small price to pay to keep our elders safe, and it is something we feel very, very strongly about.”

After I spent some time reading about the history of vaccine mandates, I was struck by how little the debate has changed over the centuries. In 1905, when the Supreme Court ruled against the Massachusetts pastor who did not want to take a smallpox vaccine, Justice John Marshall Harlan explained that the Constitution did not allow Americans always to behave however they chose. “Real liberty for all could not exist,” Harlan wrote in his majority opinion, if people could act “regardless of the injury that may be done to others.”

(For more on mandates’ history, I recommend a Wall Street Journal essay by David Oshinsky of NYU Langone Health.)

AT&T reached a labor agreement to require vaccines for tens of thousands of employees.

YouTube says it will ban all vaccine misinformation from its platform.

China is planning a strict bubble around the Winter Olympics in February.

The federal government will shut down at midnight unless Congress passes a funding bill.

House investigators subpoenaed allies of Donald Trump who helped organize the “Stop the Steal” rally before the Capitol riot.

And Klete Keller, an Olympic swimmer, pleaded guilty to a role in storming the Capitol on Jan. 6.

Corey Lewandowski will no longer oversee a Trump-aligned super PAC after a donor accused him of sexually harassing her.

Al Franken is returning to public life — not through politics, but through comedy.

A judge suspended Britney Spears’s father as her conservator and will decide later whether to end the arrangement.

Macy’s is suing to keep Amazon’s ads off the billboard outside its flagship store in Manhattan.

Fumio Kishida is all but certain to become Japan’s prime minister next week. He’s a cautious moderate with some big problems to face.

The N.C.A.A. will allow its women’s college basketball tournament to use the phrase “March Madness,” previously restricted to the men’s tournament.

Katty Kay, a star at Ozy Media, resigned after a Times report raised questions about the company’s business practices.

Divorce can be an act of radical self-love, Lara Bazelon writes.

(Re)watching: Why do young people feel such a connection to “The Sopranos”?

That aged poorly: The Times Book Review panned some classics.

Swimming in an uncertain sea: A filmmaker talks about his encounters with sharks.

A Times classic: How to get involved in politics.

Lives Lived: George Malkemus helped turn “Manolos” into a global shoe brand. That they became a leitmotif on “Sex and the City” didn’t hurt. He died at 67.

How are animals and plants responding to climate change? That’s the subject of Thor Hanson’s new book, “Hurricane Lizards and Plastic Squid.” “In an interconnected world,” the scientist Jonathan Balcombe writes in a review, “rapid changes always carry consequences.”

One example: the “escalator to extinction.” On a heating planet, life-forms that have adapted to certain elevations are forced to higher ground, until they reach the top and, having nowhere else to go, die. It has already happened to birds, moths and tree seedlings.

A changing environment also means animals’ appearances will adapt: In Finland, the brown tawny owl is overtaking the more common gray one, linked to declining snow cover. Moths in London, Balcombe points out, underwent a similar shift from white to gray when the Industrial Revolution coated the city in soot.

“Despite the gravity of its subject, though, this is not a depressing book,” Balcombe writes. “Hanson is an affable guide and storyteller, with a knack for analogy, a sense of humor and the natural curiosity of a scientist.” For more, including an experiment involving lizards’ toes, read the rest of the review. — Sanam Yar, a Morning writer

Lip-syncing used to be the domain of pop stars that the media saw as talentless. Now it’s how scrappy amateurs get famous.

Here are 14 new books to read in October.

The pangram from yesterday’s Spelling Bee was pavilion. We know that some readers were disappointed that “Pavlovian” was not also accepted, and we asked Sam Ezersky, the editor of the Bee, about it.

Sam’s reply: “While it’s a nice find, Spelling Bee does not accept proper, capitalized terms. Of course, there are always exceptions. Curiously, ‘google’ as a verb has entered the lexicon in the lowercase, as has ‘manhattan,’ per Merriam-Webster, when referring to the cocktail.”

Here is today’s Bee — or you can play online.

“The Daily” is about the infrastructure vote. “Sway” features Andrew Yang. “Popcast” is about Aaliyah’s musical legacy.

Claire Moses, Ian Prasad Philbrick, Tom Wright-Piersanti, Ashley Wu and Sanam Yar contributed to The Morning. You can reach the team at themorning@nytimes.com. 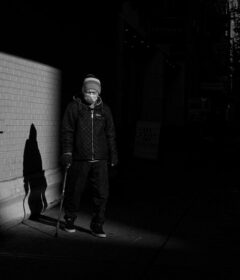 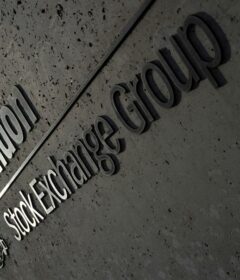 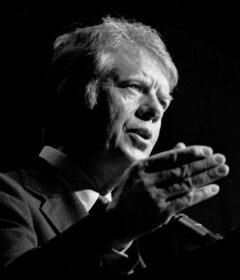 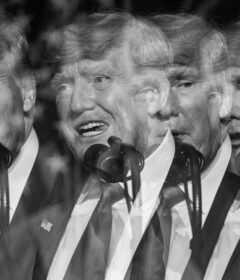 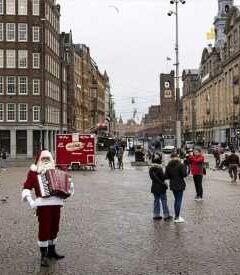 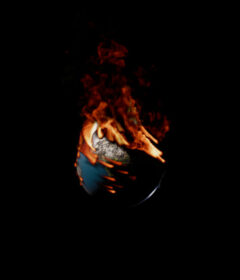