What we know about Myanmar’s coup.

We’re covering the return of military rule in Myanmar after a coup, a backlash over tech work culture in China and a heavy snowstorm in the U.S. that is delaying vaccinations. 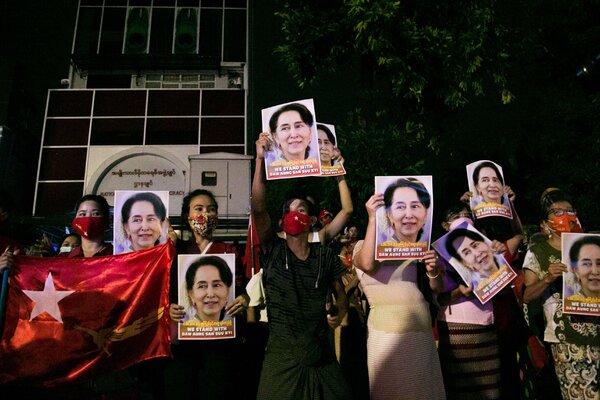 During early morning raids on Monday, Myanmar’s civilian leader, Daw Aung San Suu Kyi, was detained along with her top lieutenants. A military television network announced a one-year state of emergency with full authority transferred to the army chief.

The rounding up of critics of the military continued into Monday night, and the nation’s telecommunications networks suffered constant interruptions. Domestic flights were suspended and the main international airport in Yangon was shuttered.

The coup returned Myanmar to full military rule after just five years of quasi democracy. These photos captured the day when the country’s democratic experiment collapsed. Here’s what we know about the events.

From our correspondent: “The mood in Myanmar seems to be one of shock,” Hannah Beech, The Times’s Southeast Asia bureau chief, told us. “The muscle memory of how to cope with a military dictatorship lives in everyone who survived the bad old days, but few expected another coup and full imposition of military rule.” The coup is “crushing for so many people,” and those who criticized the military in recent years feel “panicked and horrified.”

Allied with the military: Ms. Aung San Suu Kyi’s relationship with the military had been fraying. She had not spoken to the army chief in at least a year — a dangerous silence in a country where politics are deeply personal. Her detention brought an abrupt end to the theory that she might strike a workable balance between civilian and military power. In the end, she could not protect her people, nor could she placate the generals.

Japan and South Korea take it slow with vaccines

Japan’s biggest cities are under a state of emergency as coronavirus deaths rise, and South Korea is prohibiting gatherings of five or more people to keep a recent surge under control. Hong Kong imposed stringent lockdowns on some of its poorest neighborhoods to stop an uptick.

And yet none of these places have begun to carry out the only solution that would put the pandemic behind them: vaccinations.

While China, India, the U.S. and many European nations have begun inoculating their populations, Japan, South Korea and Hong Kong have proceeded much more slowly. Japan will not even begin to vaccinate medical workers until the end of February. The same is true in South Korea, and those over 65 will not get shots until May. Hong Kong, a semiautonomous territory of China, will begin vaccinating “high risk” groups in the middle of February.

While they have a luxury of time that countries with high caseloads do not have, delays could hamper efforts to protect the public, especially with new variants in the mix and the constant threat of surges. On the plus side, these places may be able to learn from the mistakes of others.

A team of World Health Organization experts investigating the origin of the pandemic has started its mission in Wuhan by visiting some of the places first hit by the coronavirus: a live animal market, a hospital and a disease control center in the Chinese city.

The pharmaceutical company BioNTech announced that it would make 75 million more doses available in the coming months to the European Union, where vaccinations have been lagging.

President Biden is meeting on Monday with a group of Republican senators who are pushing for a much smaller alternative to his $1.9 trillion stimulus bill to address the toll of the pandemic in the U.S.

The police in China have broken up a counterfeiting ring that they say manufactured and sold more than 3,000 fake coronavirus vaccines across the country, Xinhua, China’s state-run news agency, reported.

The world’s biggest economies are trying to borrow and spend their way out of the coronavirus pandemic, with huge stimulus packages. India’s plan is much more modest.

Over all, spending would rise less than 1 percent at a time when India is suffering from its worst recession in years.

Numbers: India’s economy, once one of the world’s fastest growing, is estimated to have shrunk nearly 8 percent in the current fiscal year ending on March 31.

Market reaction: Despite the absence of overall big spending in the budget, investors found a lot to like. After the budget was presented, the Bombay Stock Exchange’s main index jumped 5 percent.

A backlash over work stress in China

A string of deaths among exhausted tech employees has reopened a debate about the work culture of China’s tech companies. Workers in the hypercompetitive sector often stay at the office until the wee hours of the morning and face health consequences from the stress. But the government and ordinary citizens have begun seeing fault in companies once held up as symbols of China’s superpower status.

“We have to cherish our own lives,” one tech employee said. “We should make sure to leave work earlier in the future.” Above, the Shanghai headquarters of Pinduoduo, an e-commerce platform.

Vietnam: The ruling Communist Party gave Nguyen Phu Trong, 76, a rare third term as party leader and president. Party officials were unable to reach consensus on a successor and the reappointment may have put off a transition to more pragmatic leadership.

Netherlands sperm donor: A Dutch musician has fathered hundreds of children in more than a dozen countries. Some of the families are worried about the complications posed by having so many unwittingly related children. The sperm donor industry is poorly regulated.

Thailand crackdown: Hundreds of thousands of people marched in student-led demonstrations last year to demand reforms to the government and monarchy. Now, some are facing decades behind bars.

Snapshot: Above, pedestrians in Jersey City, N.J., on Monday, during the biggest snowstorm for parts of the Northeast in years. The blizzard-like conditions prompted officials in many cities to shut down Covid vaccination and testing sites, threatening to derail much-needed progress.

What we’re looking at: This video of giant pandas enjoying the snow. You’re welcome.

Cook: This baked rice with white beans, leeks and lemons is inspired by prasorizo, the classic Greek rice-and-leek dish.

Read: “My Year Abroad,” Chang-rae Lee’s latest novel, is about letting yourself plunge into the world, even when it hurts.

Do: The pandemic has been hard on everyone, but for some, being single has made it harder, amplifying existing anxieties. Acknowledging those difficulties can help.

At Home has our best suggestions for how to live a full and cultured life during the pandemic, with ideas on what to read, cook, watch and do while staying safe at home.

The joys of watching other people clean

Vacuuming floors, scrubbing bathtubs, folding laundry. That’s not just a household to-do list — it’s also a list of what you’ll find on a popular genre of YouTube channel, in videos like “Clean with Me” or “Extreme Cleaning.” The Morning newsletter looked at why the videos are so popular.

The videos are largely motivational: Some people watch them while cleaning their own homes, and others use them as inspiration — especially during the pandemic, when many people need a pick-me-up. “The influencers play the role of cheerleader and best friend, commiserating about the mess and offering strategies on how to tackle it,” The Times’s Ronda Kaysen writes.

The genre also has an aspirational quality, similar to home-improvement TV shows. The homes are usually large, with expansive kitchens. The videos are set to soothing music, and their stars are often young women. The videos reframe, and monetize, their labor.

Jessica Tull started her channel in 2017 as a way to make friends while she was at home with small children. “My ex-husband laughed at me,” Tull told The Times. He said there was no way she could make a living cleaning the house on YouTube. She has more than half a million followers, and YouTube is her full-time job.

P.S.
• We’re listening to “The Daily.” Our latest episode is about the GameStop rebellion.
• Here’s our Mini Crossword, and a clue: Third-largest birds in the world, after ostriches and cassowaries (four letters). You can find all our puzzles here.
• Apoorva Mandavilli, our Science reporter, spoke to the BBC about why U.S. coronavirus cases may be declining. 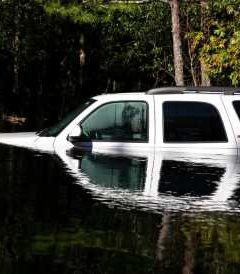 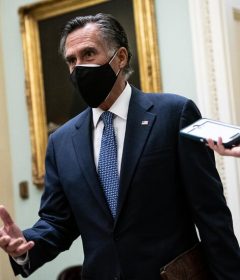 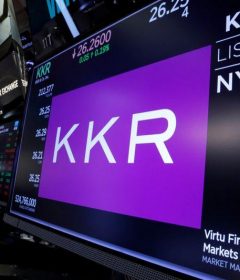