Home » Business » A key question: How much inflation is too much?

A key question: How much inflation is too much? 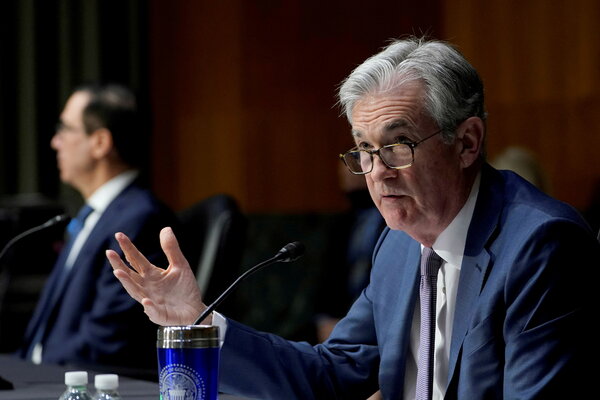 When Jerome H. Powell, the Federal Reserve chair, speaks to reporters in a webcast news conference on Wednesday afternoon, he’s likely to face questions about a simmering topic: inflation.

Prices are expected to pop in the coming months, both as inflation indexes lap very weak 2020 readings and as supply chains experience short-term reopening bottlenecks. The unknowns facing the Fed, and the investment world, are how big the jump will be and how long it will last.

Most forecasters and the Fed itself expect the increases to be only temporary. But some economists have warned that they could be significant enough to become a problem as businesses reopen, consumers start to spend their savings and the government pumps stimulus money into the economy.

If the increases are big enough and sustained, the Fed could find itself in a tough spot, forced to choose between letting prices rise or raising interest rates before the labor market is fully recovered.

Inflation also worries stock investors: If the Fed lifts interest rates to cool off the economy, it could make investing in bonds more attractive and corporate borrowing more expensive, both bad news for equities.

The Fed wants inflation to average 2 percent annually over time, and it defines that goal using the Commerce Department’s headline personal consumption expenditure index. But officials look at a variety of indicators to gauge conditions. Here’s where a handful of critical inflation measures stand and, when it’s relevant, where economists surveyed by Bloomberg expect them to go in the coming months:

P.C.E., the Fed’s preferred gauge: 1.6 percent in February, and expected at 2.3 percent in March and 2.2 percent for the full year.

Core P.C.E., which strips out volatile food and energy prices: 1.4 percent in February, and expected at 1.8 percent in March and 1.9 percent for the full year.

Consumer Price Index, an important Labor Department gauge: 2.6 percent in March and expected at 2.6 percent for the full year.

Producer Price Index, a measure of wholesale prices: 4.2 percent in March, the highest since 2011.

University of Michigan consumer inflation expectation for next year: 3.7 percent as of this month, up from 3 percent at the start of the year.

University of Michigan consumer inflation expectation for five years from now: 2.7 percent as of this month, little changed from start of the year.

Fed officials regularly point out that inflation has been too tepid in recent years, not too high, and they don’t expect that to change quickly. To raise rates, they say, they would need to see that inflation was going to remain higher sustainably — for instance, if it came alongside heftier wage increases.

Part of the Fed’s comfort with a period of faster price gains is that consumer and business expectations have remained relatively low, despite some recent increases. If people aren’t anticipating higher prices, it’s likely to put a lid on how much more companies can charge.