PARIS (Reuters) – Europe’s Airbus (AIR.PA) announced a new cut in production of its marquee A350 jet on Thursday as it swung to a larger-than-expected second-quarter loss in the face of the global pandemic. 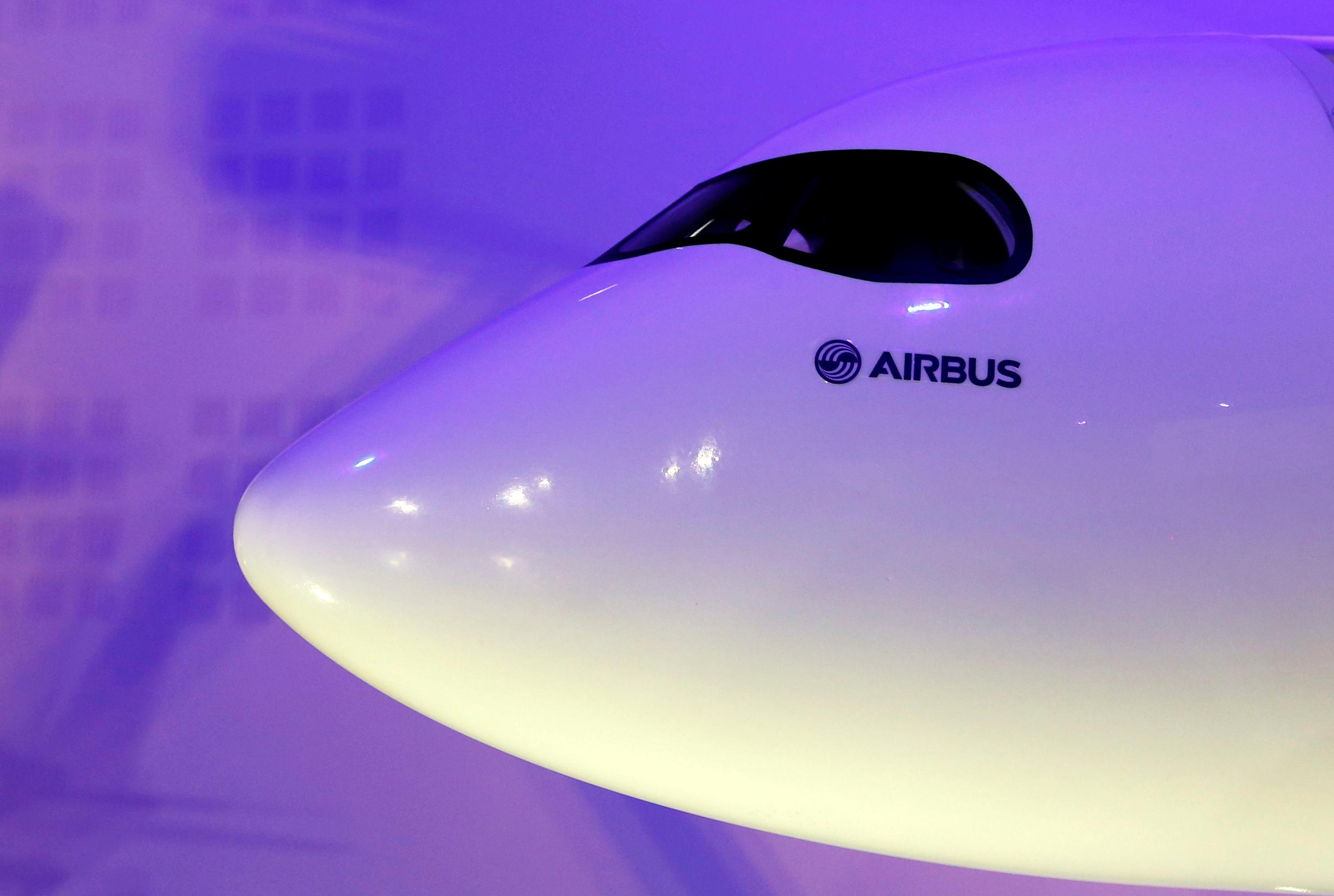 But boosting its shares, the planemaker also said it hoped to avoid consuming cash in the second half of the year after a smaller-than-expected second-quarter outflow of 4.4 billion euros as deliveries tumbled due to the coronavirus crisis.

“We believe it is going to be a long and slow recovery,” Chief Executive Guillaume Faury told reporters, adding that travel was picking up but more slowly than previously expected.

The crisis has particularly affected demand for wide-body long-haul jets, which are expected to be the slowest to recover once demand returns to normal levels, which Airbus says could take until 2023 or 2025.

Airbus said it had cut wide-body A350 production to five jets a month, after dropping it to six from 9.5 in April.

The move came a day after U.S. rival Boeing (BA.N) announced further cuts in output of 787 and 777 jets, which compete with the A350 on depressed long-haul networks.

Airbus is shedding up to 15,000 jobs or 11% of its workforce to cope with the crisis, which it expects to hold output down by 40% for some two years compared with pre-crisis levels.

“We are reducing the costs across the board given the new situation,” Faury said.

Shares in Airbus rose by 3.6% in morning trading.

Airbus posted an adjusted second-quarter operating loss of 1.226 billion euros ($1.44 billion) as revenues slid 55% to 8.317 billion. Analysts saw a loss of 1.027 billion on revenues of 8.552 billion, according to a company-compiled consensus.

Losses include 900 million euros of balance sheet impairment charges related to the industry’s worst crisis and Airbus warned it could have to take further provisions of between 1.2 billion and 1.6 billion euros linked to the restructuring.

Like many companies wrestling with the economic impact of lockdowns, Airbus suspended formal forecasts earlier this year.

But in what one analyst described as “soft guidance,” Faury said it was the company’s “ambition” not to consume cash in the second half before M&A and customer financing. He declined to give a breakdown by quarter.

The crisis has been causing cash to evaporate across the aerospace sector but Airbus said its underlying outflows remained steady in the second quarter due to aggressive measures to cut costs, after stripping out a record 3.6-billion-euro bribery fine to UK, French and U.S. authorities earlier this year.

Analysts said the report on cash, a key issue for investors as companies seek to stay afloat, was better than expected.

In a separate probe, Britain’s Serious Fraud Office on Wednesday ordered Airbus unit GPT to appear in court on alleged corruption between 2007 and 2012 over a $3.3 billion contract to provide communications services for the Saudi National Guard.

Airbus says the case relates to “contractual arrangements” put in place before it bought the firm in 2007, but which continued afterwards. GPT ceased operations in April.