Apple limits online iPhone purchases to 2 per person amid coronavirus

SHANGHAI (Reuters) – Apple Inc (AAPL.O) is limiting customer purchases of iPhones over its online stores in many countries including the United States and China to a maximum of two handsets per person, checks on its website on Friday revealed. 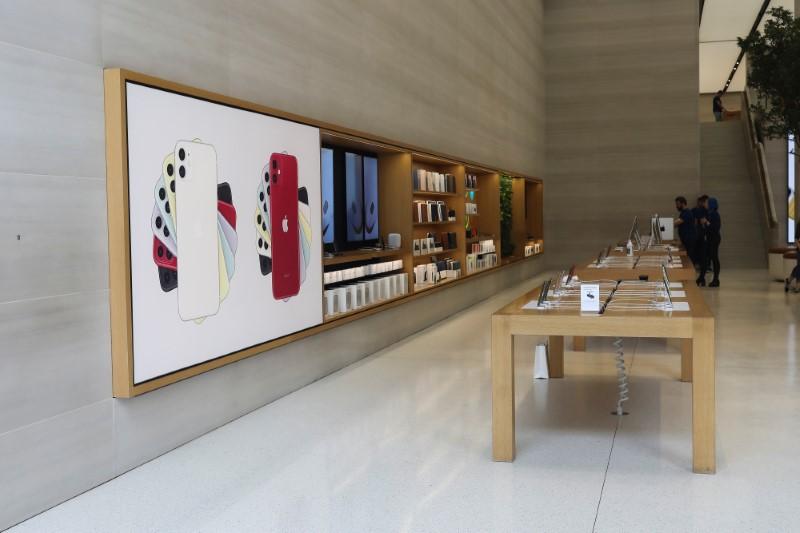 The purchase caps come just after the hardware maker closed all of its brick-and-mortar stores outside China, as the coronavirus spreads globally and forces lockdowns and limitations on public movement to contain it.

Checks on Apple’s website reveal that in numerous countries, a drop-down menu prevents customers from buying more than two of the same model iPhone, across all models. The last time it did so was in 2007, when the iPhone was first introduced, to stop people from reselling them.

In mainland China, Hong Kong, and Taiwan, and Singapore, a message appears above iPhone listings informing customers that purchases will be limited to two devices per order.

The purchase limits come as Apple braces for a blow due to the coronavirus’ impact on sales, both due to supply chain disruptions and weak demand.

As the illness swept China, Apple closed all of its brick-and-mortar retail outlets in the country, only reopening all of them by March 13. Foxconn (2317.TW), its most important manufacturing partner, temporarily halted operations, though founder Terry Gou has said that production has now returned to normal.

In February, Apple CEO Tim Cook wrote a letter warning investors the company would unlikely meet its initial revenue projections for the its calendar Q1 earnings guidance due to the virus.

Now, while China’s factories have resumed operations, Apple and other hardware companies face weakening demand as the countries around the world shutter retail stores and enforce social distancing.

The coronavirus, which originated in China in late December, has since spread to 178 countries, infecting over 240,000 and killing about 10,000 globally.

On March 13, Apple announced that all of its Apple Stores outside of China would shut down to fight the spread of the virus.

According to Nicole Peng, who tracks the smartphone sector at research firm Canalys, Apple is likely limiting online orders to prevent scalpers from stockpiling devices and re-selling them on the grey market.

“This happened in the past in Asia when there is a new iPhone launch and scalpers saw an opportunity to sell to mainland China, where the new phones were harder to buy at the time,” she said.

“Now that stores all over the world are closed, online scalpers see a similar opportunity.”