SYDNEY (Reuters) – Asian shares were set for a pounding on Monday as investors fled to bonds to hedge the economic shock of the coronavirus, and oil plunged more than 20% after Saudi Arabia slashed its official selling price. 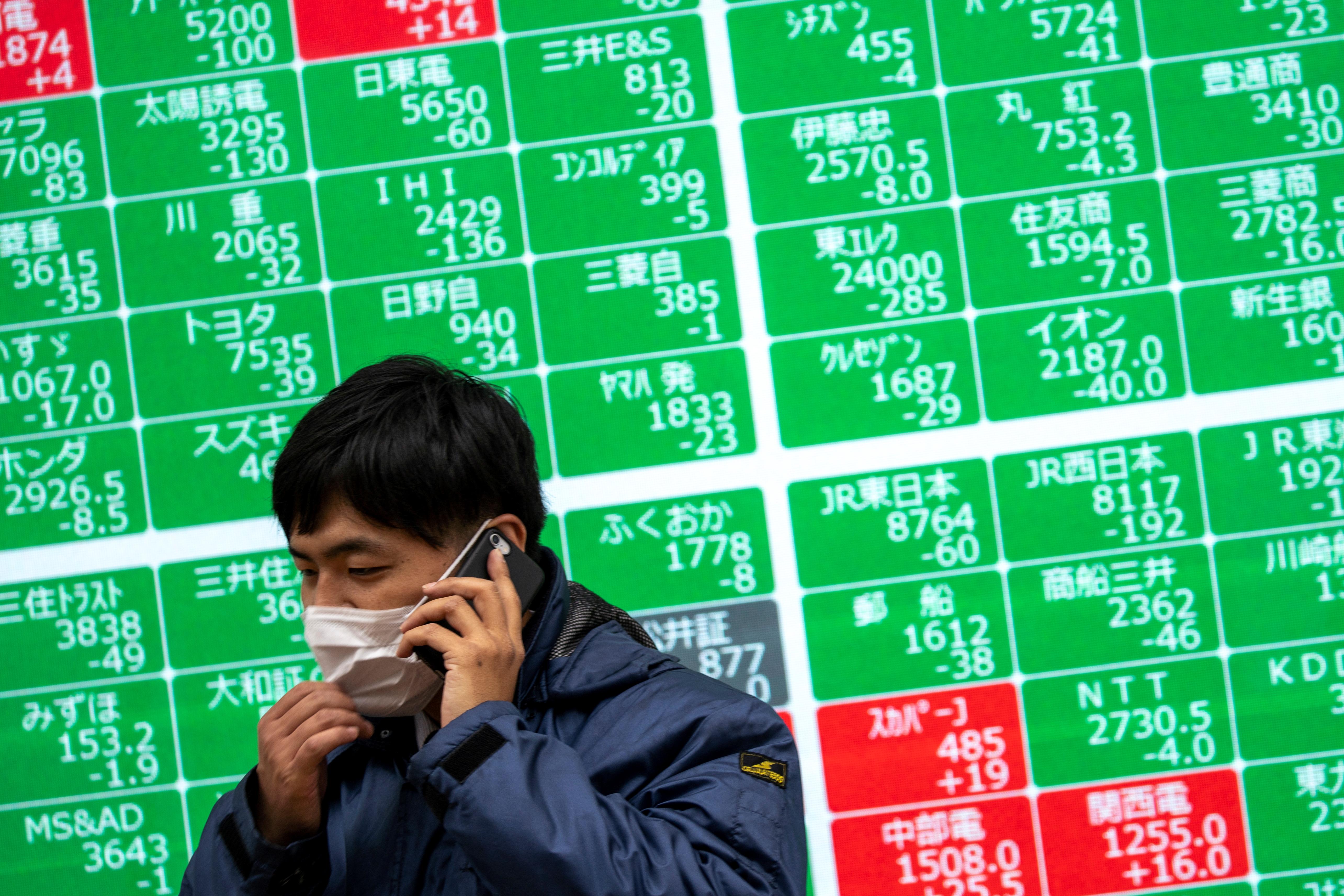 The world’s top oil exporter plans to raise its production significantly after the collapse of OPEC’s supply cut agreement with Russia, a grab for market share reminiscent of a drive in 2014 that caused prices to slump around two thirds.

The safe-haven yen surged against emerging market currencies with exposure to oil, including the Russian rouble and Mexican peso, as analysts saw danger ahead.

“Today’s price action puts at risk the fiscal health of the vast majority of sovereign producers and budget cuts and increased debt loads are now looming in the event of a prolonged period of low prices,” warned Helima Croft, head of global commodity strategy at RBC Capital Markets.

“For the most politically and economically fragile producer states, the reckoning could be severe.”

There were also worries that U.S. oil producers that had issued a lot of debt would be made uneconomic by the price drop.

Energy stocks were certain to the be slammed, with E-Mini futures for the S&P 500 already down 4.1%. Nikkei futures dived 4.4% and were trading 1,200 points below the cash close on Friday.

Futures for the U.S. 10-year Treasury note jumped more than a full point, pointing to record lows for yields.

The number of people infected with coronavirus topped 107,000 across the world as the outbreak reached more countries and caused more economic damage.

Italy’s markets could come under intense pressure after the government ordered a lockdown of large parts of the north of the country, including the financial capital Milan.

“After a week when the stockpiling of bonds, credit protection and toilet paper became a thing, let’s hope we start to see some more clarity on the reaction,” said Martin Whetton, head of bond & rates strategy at CBA.

“Dollar bloc central banks cut policy rates by 125 basis points, not as a way to stop a viral pandemic, but to stem a fear pandemic,” he added, while noting many had little scope to ease further.

Markets are fully priced for another half-point rate cut from the Federal Reserve at its scheduled policy meeting on March 18, following last week’s emergency easing, and a move toward zero in coming months.

“The onus is falling, perhaps inevitably on the actions of governments to abandon budget surpluses and reinvigorate the demand side of the economy,” said Whetton.

Urgent action was clearly needed with data suggesting the global economy slid into recession this quarter. Figures out from China over the weekend showed exports fell 17.2% in January-February, from a year earlier.

Analysts at BofA Global Research estimated the latest sell-off had seen $9 trillion in global equity value vaporized in nine days, while the average 10-year yield in the developed world hit 16 basis points, the lowest in 120 years.

“The clearest outcome of the exogenous COVID-19 shock is a collapse in bond yields, which once panic fades can induce huge rotation to ‘growth stocks’ and ‘bond proxies’ in equities,” they wrote in a client note.

Yields on 10-year U.S. Treasuries plunged to a once-unthinkable 0.71%, having halved in just eight sessions. Yields on the 30-year long bond dived 35 basis points on Friday, the largest daily drop since the 1987 crash.

The tumble in yields and Fed rate expectations has pulled the rug out from under the dollar, sending it crashing to the largest weekly loss in four years.