Mark Carney has thrown his weight behind the idea of government support for energy users amid the gas price crisis.

The former Bank of England governor’s comments come as Boris Johnson is reportedly ready to back a series of state loans to help industries hit by the surge in gas prices to record levels.

Mr Carney, who is now the prime minister’s finance adviser for the COP26 climate change conference, also spoke about how the crisis showed how the transition to net zero needed to be “smoother rather than choppy”. 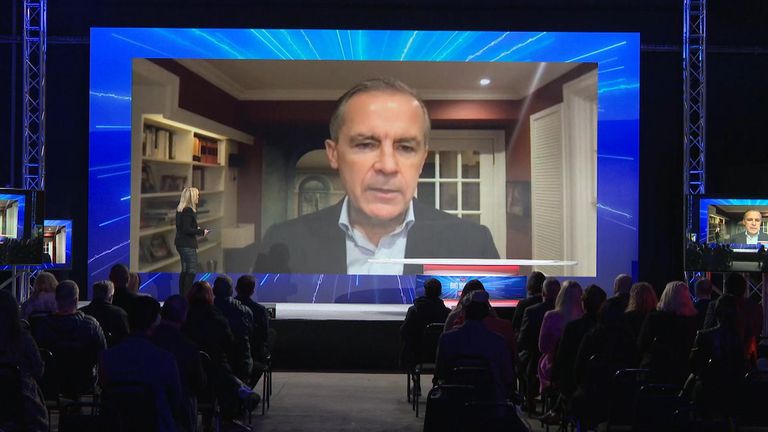 He was speaking at Sky’s Big Ideas Live event, where guests from across the business world have been discussing the UK’s economic recovery, covering topics from jobs and green growth to the “levelling up” agenda.

In a wide ranging interview, Mr Carney also set out the multi-trillion dollar scale of financial commitments that had been made in the run-up to COP26 but also warned that a thousand times more help than currently committed by rich countries to helping poorer countries with the net-zero transition was needed.

He was asked about the energy crisis – which has resulted in the collapse of a number of small UK energy companies as well as calls for help from energy-intensive industries such as steel – in the context of the urgent need to make a big shift away from fossil fuels.

Mr Carney said the “short-term moves” in the wholesale energy market illustrate “that we need a comprehensive plan for the transition”.

“We need to try to have a transition that is smoother rather than choppy,” he said.

“Part of is policy – we need it to be predictable and credible.

“In addition, sometimes it is appropriate for some support, particularly for the users of energy, in those sectors but… I’d leave it to the government… to make those determinations.”

During the interview, Mr Carney also insisted that real action was taking place to try to attain climate change goals, with finance committed by institutions such as banks, insurers and big pension funds for the transition at $90trn, up from $5trn 18 months ago.

“There’s been an enormous shift in the run-up to COP… I think we are seeing a lot more than talk,” he said.

But at the same time, he warned, rich countries needed to commit ever more to help poorer countries with the energy transition – having still not yet met a $100bn pledge made a decade ago.

In fact, he said the scale of that help needed to be ramped up a thousand-fold, to $100trn.

Mr Carney backed the UK’s stance on climate change, saying it was taking the “right approach”.

He also acknowledged the supply problems being experienced by the UK “a little more sharply” than in other countries, related to the pandemic and the energy crisis as well as the “aftermath of Brexit”. 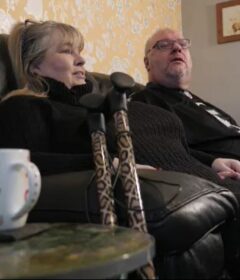