LONDON (Reuters) – The Bank of England slashed interest rates by half a percentage point on Wednesday and announced support for bank lending just hours before the unveiling of a budget splurge designed to stave off a recession triggered by the coronavirus outbreak.

In what amounts to a choreographed double-barrelled stimulus programme, the BoE announced its unanimous emergency rate cut as London markets were opening and before Prime Minister Boris Johnson’s government sets out its spending plans after midday.

Mark Carney’s parting shot as governor, which returns the main interest rate to a record low of 0.25%, comes as COVID-19, the flu-like infection caused by the virus, spreads rapidly, stoking fears of global recession and roiling markets.

“The Bank of England’s role is to help UK businesses and households manage through an economic shock that could prove large and sharp but should be temporary,” Carney told reporters after the first rate reduction since August 2016.

“This is a big package. It’s a big package. It is a big deal,” Carney said, adding that the BoE’s package was equivalent to “north of 1%” of economic output. He said the Bank was coordinating with the government to have “maximum impact”.

The Bank acted, Carney said, after seeing a “sharp fall” in trading conditions in the last week, particularly in the retail sector and anything driven by discretionary spending. Britain’s economy flat-lined in January, data showed.

Bank Rate is now back to the record low it reached after 2016’s Brexit referendum.

The cut in borrowing costs follows a similar move from the U.S. Federal Reserve last week, and was the first such action to take place outside the British central bank’s normal schedule since the global financial crisis of 2008.

“There is no reason for this shock to turn into the experience of 2008 and a virtual lost decade in a number of economies if we handle it well,” Carney said.

His successor, Andrew Bailey, added: “It’s a totally different discussion from what we were having a decade ago.”

Finance minister Rishi Sunak is due to present his first budget shortly after 1230 GMT, which is expected to include more healthcare funding to fight the coronavirus, as well as further economic stimulus.

Sterling briefly sank against the dollar by almost a cent on the news but recouped its losses and as of 0908 GMT traded at around $1.293, its level before the BoE cut rates. Yields on longer-dated British government bond yields rose sharply.

The BoE did not announce any new quantitative easing bond purchases, but did lower its counter-cyclical capital buffer for banks to zero and launched a new scheme to support lending to small businesses — both measures to keep borrowing flowing. 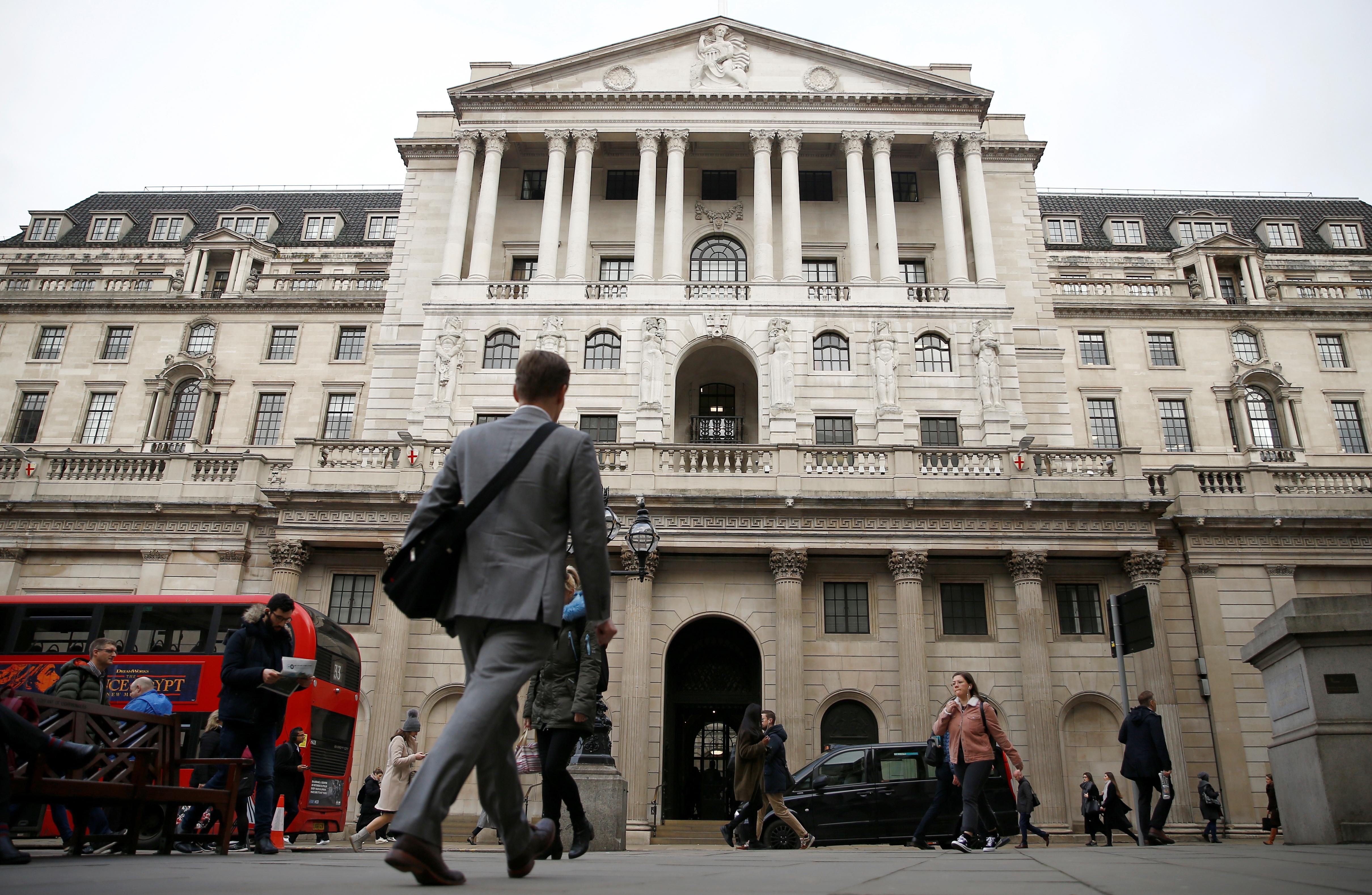 The BoE said it would allow banks to release a special store of capital, known as the counter-cyclical capital buffer, so they can continue lending to households and businesses during the coronavirus epidemic. Tapping the buffer means that lending up to 190 billion pounds can be supported, equivalent to 13 times banks’ net lending last year.

Shares in Lloyds Banking Group, HSBC, Royal Bank of Scotland and Barclays rose by up to 3% in early trading.

“Much like the Fed move we saw earlier, it’s a case of making sure that you get out there on the front foot,” Investec economist Vicky Clarke said. “They haven’t done anything on the QE front so there’s still that possibility to pull that lever if they need to.”

The U.S. Federal Reserve and the Bank of Canada lowered rates last week, and the European Central Bank is expected to take action on Thursday.

“Temporary but significant disruptions to supply chains and weaker activity could challenge cash flows and increase demand for short-term credit from households and for working capital from companies,” the BoE said.

Asked about the 2008 crisis towards the end of his news conference, Carney said that was a completely different situation, when central bankers cut rates across the globe at one point just to get through to the next weekend. 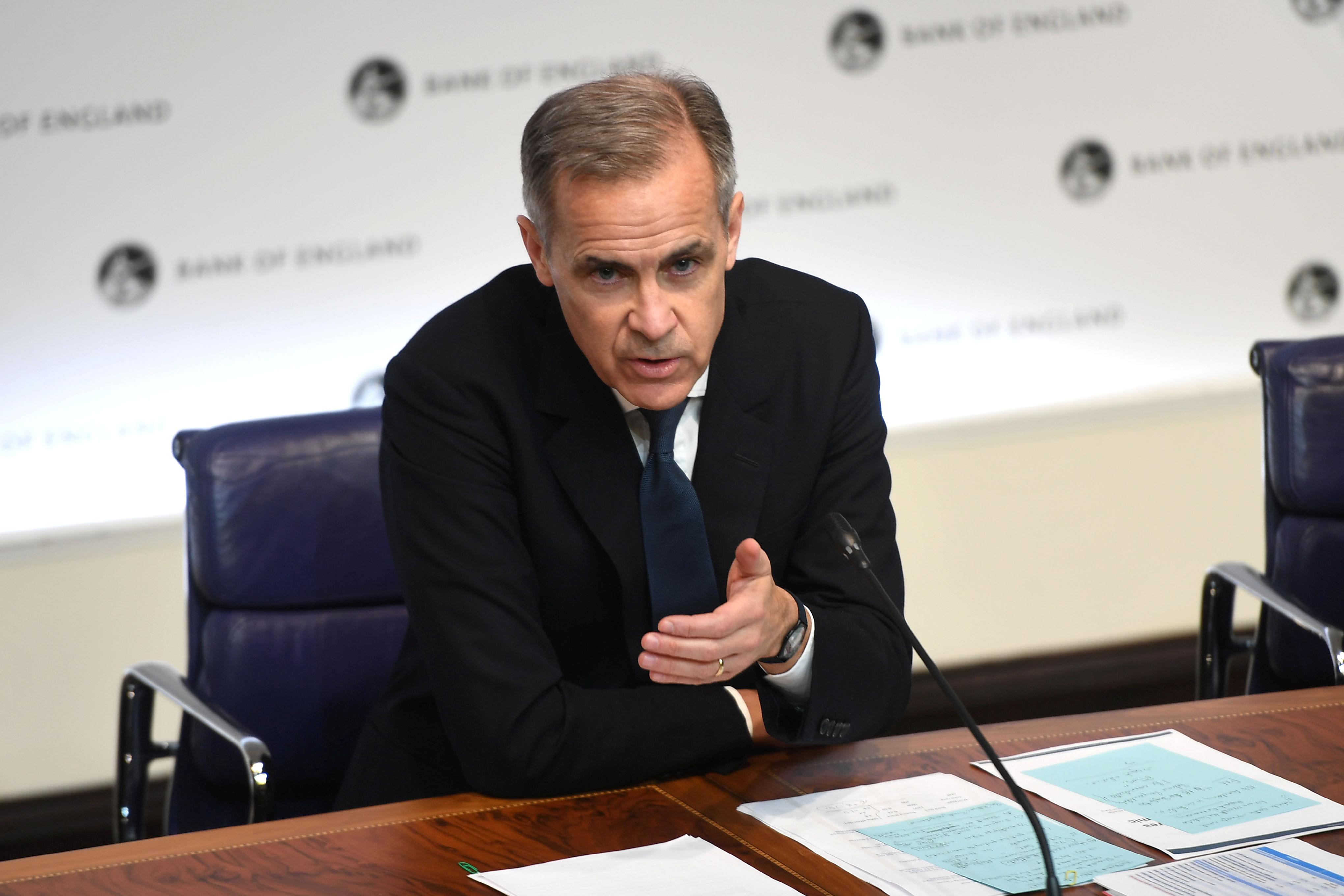 “I was there in 2008, I was part of the co-ordinated interest rate cut, along with the Bank of England and effectively the G10 at the time and let me tell you: we did that to get to the weekend,” Carney said.

“We’re in a different place. This is not about making it to a weekend.”