LONDON (Reuters) – Britain’s Flybe collapsed on Thursday after a plunge in travel demand, making the long-struggling regional airline one of the first big corporate casualties of the coronavirus outbreak.

The failure of an airline that connects all corners of the United Kingdom with major European destinations not only puts around 2,400 jobs at risk but could also see some airports struggle and regional economies hit.

“All flights have been grounded and the UK business has ceased trading with immediate effect,” Flybe said after the government walked away from a rescue package agreed in January.

Airlines around the world have been cancelling flights and warning of a hit to profitability after coronavirus first emerged in China, hitting flights across Asia, before it spread to Europe and beyond.

British Airways (ICAG.L), easyJet (EZJ.L), Virgin Atlantic, Lufthansa (LHAG.DE), Norwegian Air (NWC.OL) and United Airlines (UAL.O) are among those warning on the impact of a virus that looks set to hit the industry harder than the 2003 SARS outbreak.

Flybe’s collapse will also cause more problems for Prime Minister Boris Johnson who had promised to “level up” Britain by investing in regional transport links.

His government had agreed a rescue deal for the 41-year-old airline in January, saying it was important to maintain connections across the country for its eight million passengers. It said on Thursday there was nothing more it could do.

“We are also urgently working with industry to identify how key routes can be re-established by other airlines as soon as possible,” Transport Minister Grant Shapps said.

Scotland’s Loganair, another regional airline, has committed to maintaining 16 Flybe routes, a junior minister told parliament, adding that the government “stands ready” to support regional airports by working with industry to keep others going.

But while some Flybe routes might be attractive to airlines with smaller planes like Loganair, many do not have enough passengers to attract airlines like easyJet and Ryanair, which operate bigger planes, aviation expert John Strickland said.

“There will be some routes which will get left uncovered because they simply are too small and not economically viable unless they’re flown as subsidised routes,” Strickland said.

Flybe, the largest independent regional airline in Europe, operated between 81 airports and was owned by Virgin Atlantic, Stobart Group (STOB.L) and Cyrus Capital.

The owners said they had ploughed more than 135 million pounds ($174 million) into the business in the last 14 months, including around 25 million pounds pledged in January.

January’s rescue deal had seen the government agree to match the owners’ support for Flybe with a potential loan, a deferral of taxes and a review of local flight tax rules.

That briefly formed part of Johnson’s plan to try to boost the regions of Britain beyond London. Without Flybe, some regional airports like Exeter, Birmingham and Southampton will have much poorer connections.

However, rival airlines complained that the state should not prop up failing companies and environmental campaigners argued any move to reduce the cost of flying did not fit with the government’s aim to cut greenhouse gas emissions.

Flybe’s 68 aircraft flew to airports including Belfast City in Northern Ireland, Jersey in the Channel Islands, Birmingham in central England and Scotland’s Inverness, and provided more than half of UK domestic flights outside London.

The pilot’s union said airline staff had been betrayed by the owners and the government.

In a sign of the ripple effect the virus can have, Britain’s biggest commercial free-to-air broadcaster ITV (ITV.L) warned on Thursday its advertising revenue had already been hit by travel companies pulling spending.

Stobart and Virgin Atlantic said they were deeply disappointed with the outcome. 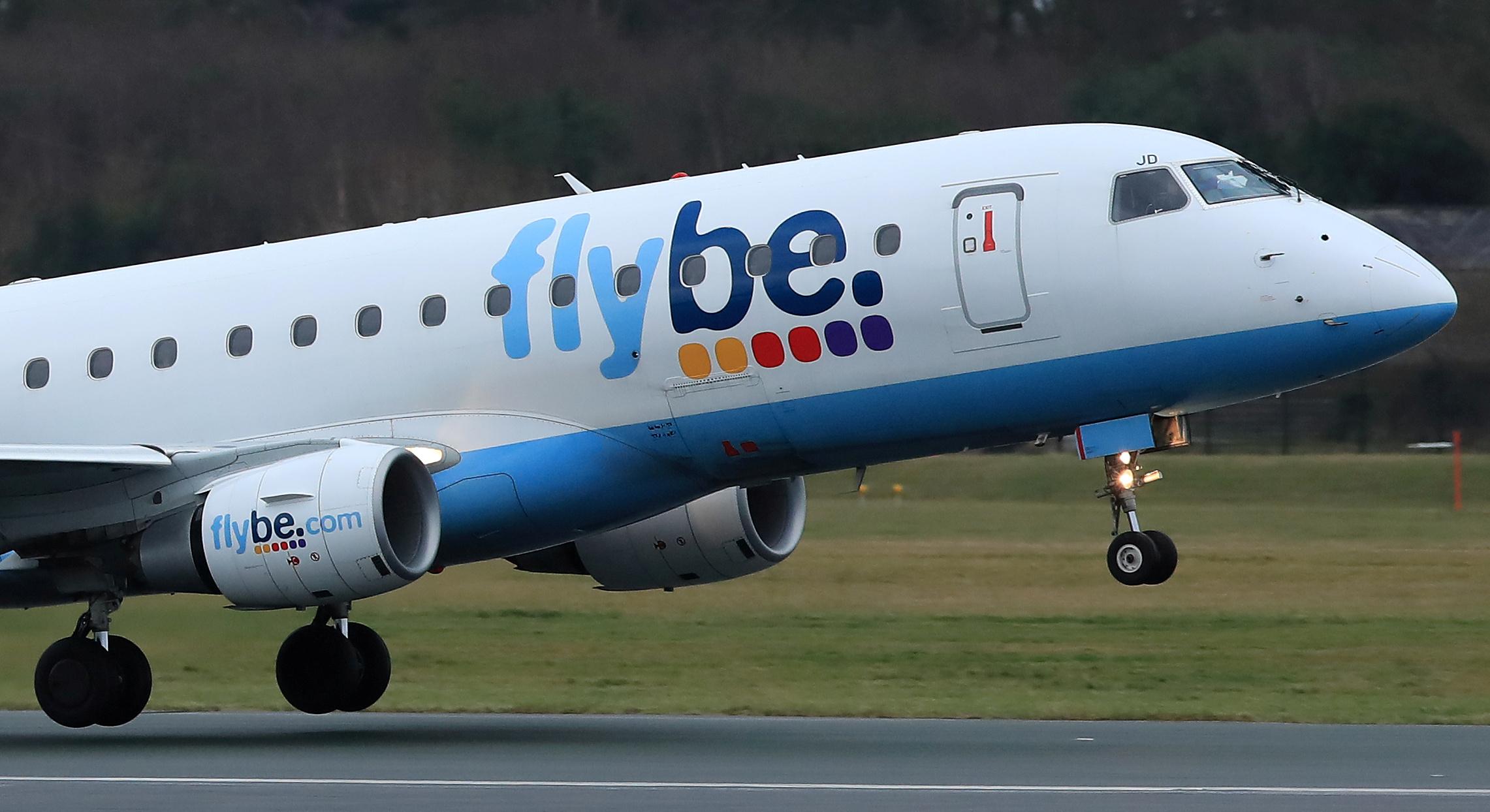 “Sadly, despite the efforts of all involved to turn the airline around, not least the people of Flybe, the impact of COVID-19 on Flybe’s trading means that the consortium can no longer commit to continued financial support,” they said.

It is the second major British airline to go bust in six months after the world’s oldest travel firm Thomas Cook collapsed in September, stranding hundreds of thousands of passengers and sparking the largest peacetime repatriation effort in British history.

The country’s broader airline strategy was also thrown into disarray last week when a court ruled a plan to expand Europe’s biggest airport Heathrow was unlawful.