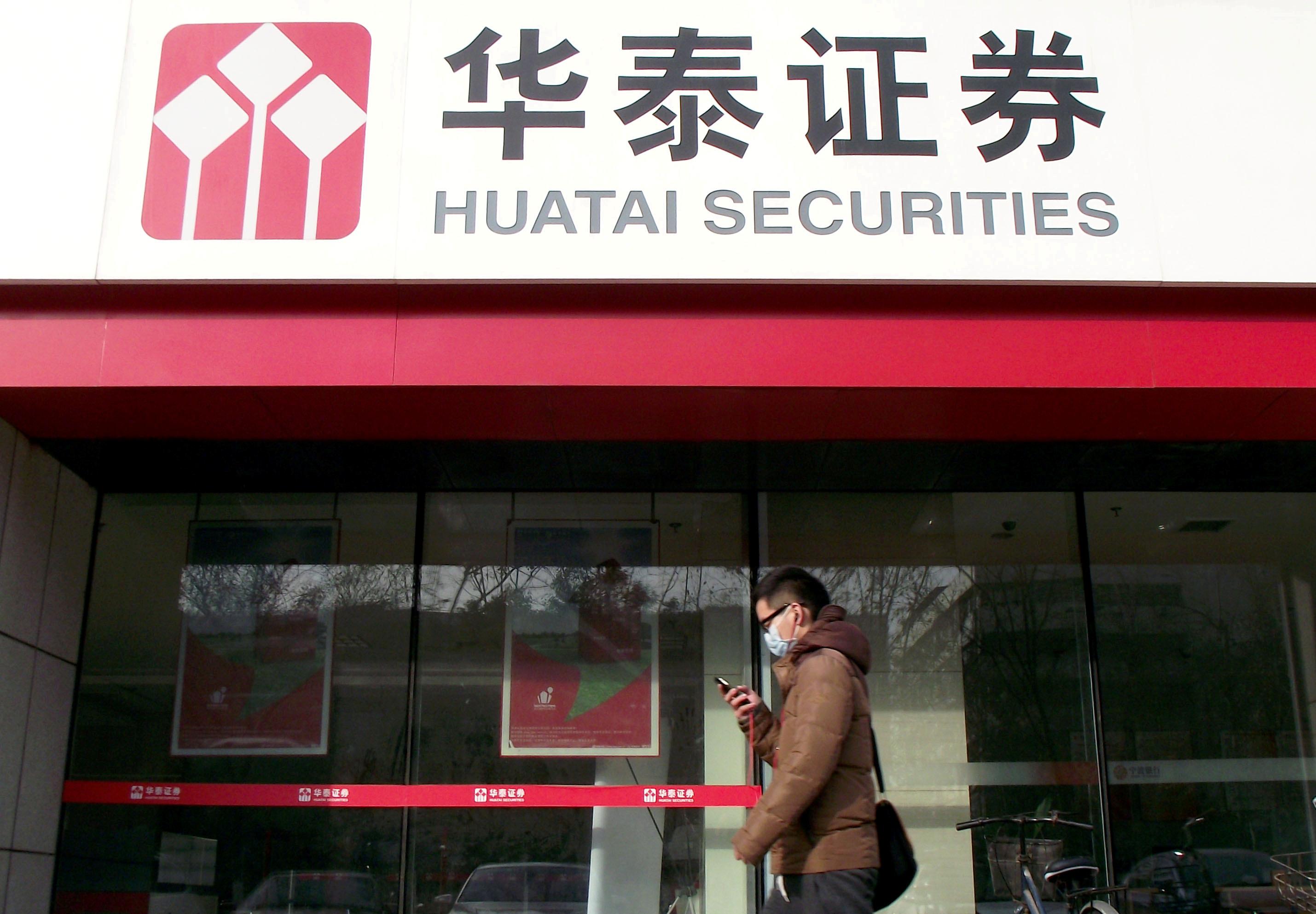 “We target to be the No.1 player in this market (offshore),” Wang told Reuters in an interview. “Overseas Chinese investors, no matter where they are, will be able to use our platform to easily buy stocks without any geographical restrictions.”

The number of rich Chinese – those with investable assets of more than 10 million yuan ($1.43 million) – was expected to reach 2.2 million by the end of 2019, according to a report by Bain Consulting and China Merchants Bank last September.

Huatai Financial’s push comes after parent Huatai Securities (601688.SS) – China’s third largest securities house – last year became the first Chinese firm to use the London-Shanghai stock connect mechanism, raising $1.7 billion. At least 60% of that will be used to develop international business and overseas expansion, according to the prospectus for the fund-raising.

“With the support from the group, we can make (investment) plans in a sluggish market where good assets have become less expensive,” he said, without specifying investment targets.

“Zhangle Global” is Huatai Financial’s bet on attracting China’s growing affluent class to invest overseas, starting with trading stocks in Hong Kong and the United States. It aims to offer trading services for Singapore and British stocks early next year.

To be sure, the competition would present a formidable challenge to Huatai Financial’s goal: Backed by tech giant Tencent (0700.HK), Futu went public on Nasdaq last March and had over 800,000 registered clients as of the first quarter of 2020, up nearly 50% year-on-year. Its first-quarter trading volume hit nearly HK$600 billion ($77 billion), rocketing 166% year-on-year, according to filings.

While Chinese citizens are allowed to only exchange up to $50,000 in foreign currency each year, many executives and staff of overseas-listed firms already have wealth offshore – and are increasingly looking overseas to diversify their investments and hedge against weaker domestic growth.

The retail push is also part of a larger international effort, with Huatai Financial planning to build a footprint in Singapore in the next two years and aiming to double the share of its business to 20% of the group’s overall revenue by 2022, according to Wang.