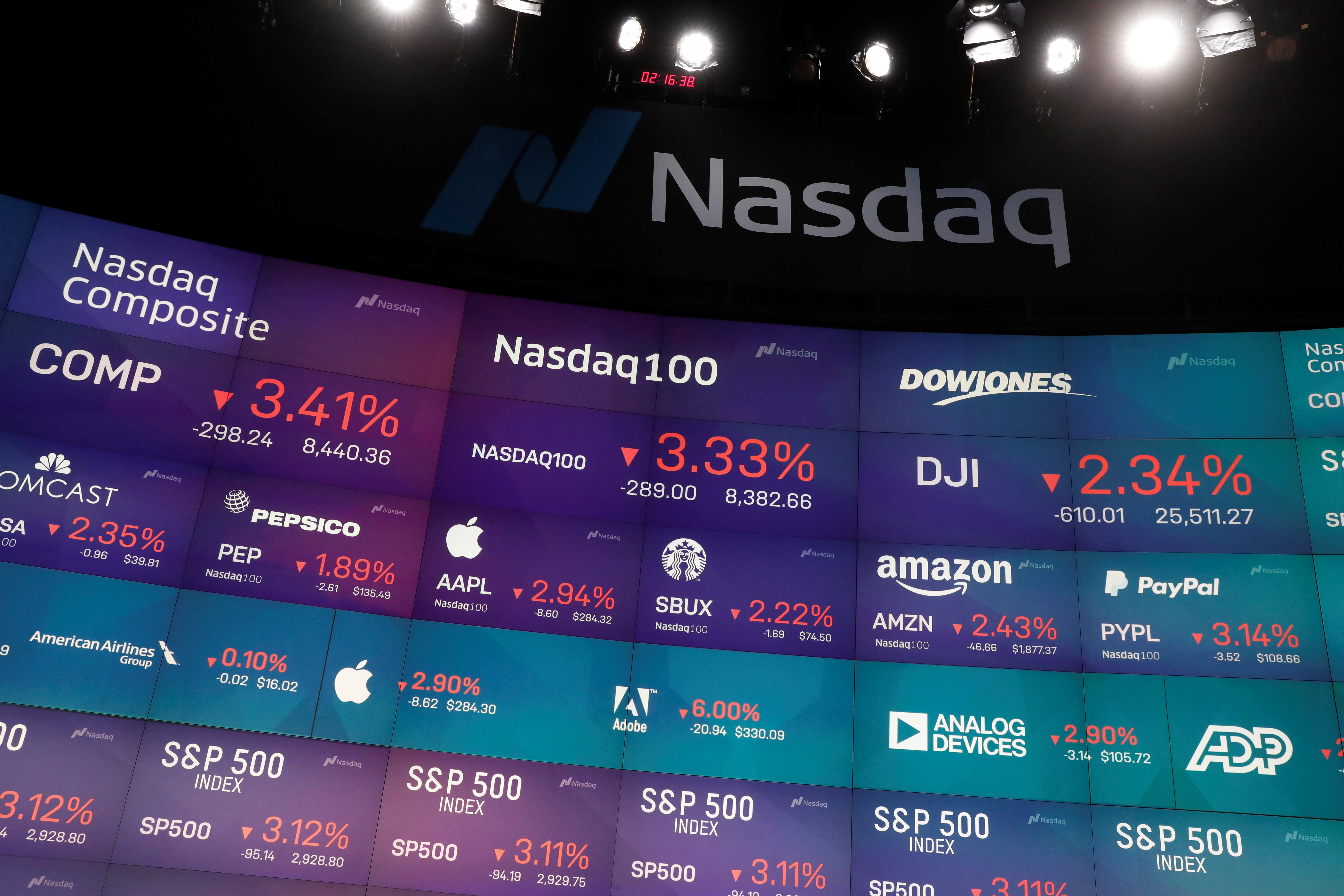 The S&P 500 fell 3% in its tenth decline over the past 12 sessions as moves to contain the virus crippled supply chains and prompted a sharp cut to global economic growth forecasts for 2020. Yields on long-dated U.S. Treasuries fell to record lows as investors fled to bonds.

The benchmark index is set to close out the week more than 14% below its record close on Feb. 19.

The drop in Treasury yields weighed heavily on shares of financial companies, which tumbled 4.8%. The S&P 500 Banks index dropped 5.9%, bringing its total decline for the week to nearly 9%.

“The decline today is all about the efforts to contain the spread of the virus,” said Emily Roland, co-chief investment strategist at John Hancock Investment Management in Boston. “The measures being taken could dampen commerce and consumer activity, and markets are responding to that.”

The Cboe Volatility Index, known as ‘Wall Street’s fear gauge,’ hit its highest level since August 2015 and was last trading at 52.4.

Data showing a robust pace of hiring in February largely went ignored in Friday’s trading, given the data captured little of the impact from the coronavirus. A sharp downturn in later economic and corporate earnings data would likely strike a further blow to U.S. markets, analysts said.

Starbucks Corp shares declined 3.1% after the coffee chain said it expected its China sales to fall by 50% in stores open for at least a year.

Costco Wholesale Corp shares fell 3.5% as it said it was struggling to keep up with demand for essentials, including disinfectants.

Declining issues outnumbered advancing ones on the NYSE by a 7.53-to-1 ratio; on Nasdaq, a 5.88-to-1 ratio favored decliners.