WASHINGTON (Reuters) – U.S. consumer sentiment fell less than expected in early March as households responded to the coronavirus pandemic and a sharp stock market sell-off, but also hoped that any disruptions to economic activity would be temporary. 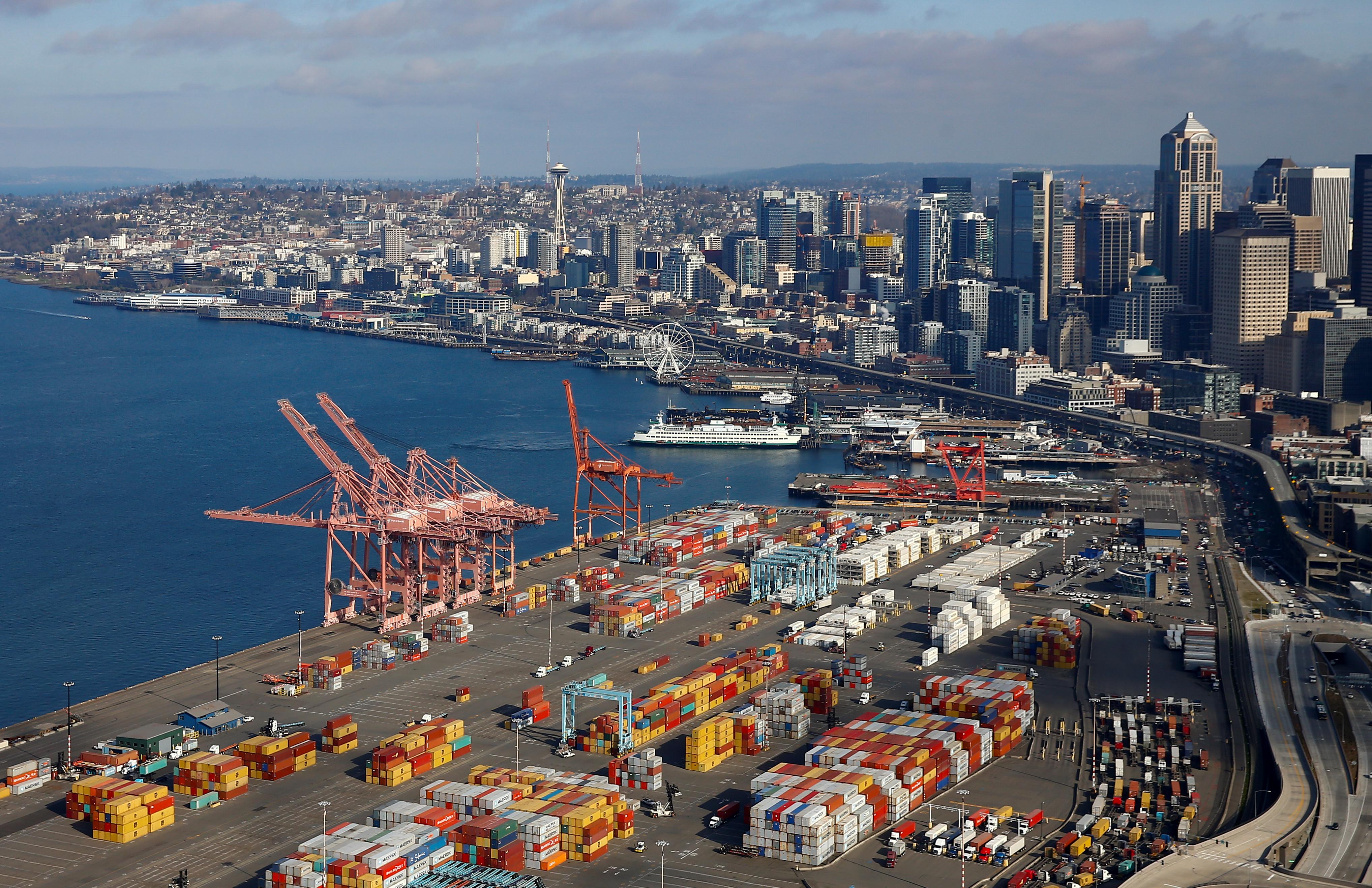 While the survey on Friday from the University of Michigan suggested consumers were not panicking over the highly contagious virus, which causes an illness called COVID-19, a more timely survey signaled Americans shared financial market dread that the coronavirus could tip the economy into recession. Wall Street tanked on Thursday, slamming the book on the longest-ever U.S. bull market.

“The modest decline in the University of Michigan consumer confidence index includes the early impact of the collapse in stock markets, but is probably already a little out-of-date given the more extreme weakness in recent days and the exponential growth in domestic COVID-19 cases,” said Paul Ashworth, chief economist at Capital Economics in Toronto.

The University of Michigan said its consumer sentiment index fell 5.0% to a reading of 95.9. Economists polled by Reuters had forecasting sentiment dropping to 95.0 early this month.

The University of Michigan said “perhaps the most important factor limiting consumers’ initial reactions is that the pandemic is widely regarded as a temporary event.” But it also noted that “the data suggest that additional declines in confidence are still likely to occur as the spread of the virus continues to accelerate.”

The University of Michigan said consumers held a more favorable view of the economic outlook over the next five years than they did in February.

In contrast, the daily Morning Consult ICS U.S. consumer confidence measure had as of Friday morning dropped 0.9 to 108.99 from Thursday, marking largest single day drop in more than two years. The Refinitiv/Ipsos Primary Consumer Sentiment Index, fell 2.8 points to a reading of 60.1 in March 2020. The survey said the coronavirus pandemic and stock market panic “have more Americans spooked about the future of the economy.”

“Loss of confidence is exactly what we see at the start of a recession and it will be a miracle if the country can avoid one as social distancing to stop the spread of the coronavirus forces many businesses and consumers to shut down and go into hibernation for the next month,” said Chris Rupkey, chief economist at MUFG in New York.

The Federal Reserve implemented a 50-basis-point emergency rate cut last week in an effort to limit the hit on the economy from the coronavirus. The disease has killed at least 41 people in the United States and sickened more than 1,800, according to data from Worldometers. Overall, more than 5,000 people have died and nearly 140,000 have been infected.

Financial markets have fully priced in a rate cut of as much as 75 basis points at the U.S. central bank’s March 17-18 policy meeting. Last Tuesday’s rate reduction was the Fed’s first emergency rate cut since the financial crisis.

Treasury Secretary Steven Mnuchin said on Friday he expected the economic hit from the coronavirus to be short-term, and that the Trump administration was keeping its options open for any other future steps that may be needed.

U.S. stocks rebounded after their worst daily sell-off in more than three decades as investors hoped more fiscal easing would head off a global recession. The dollar .DXY was trading higher against a basket of currencies, while U.S. Treasury prices fell. [MKTS/GLOB]

The Fed could be emboldened to go big next Wednesday as inflation pressures weaken. In a separate report on Friday, the Labor Department said import prices slipped 0.5% last month as the cost of petroleum products tumbled after gaining 0.1% in January. Economists polled by Reuters had forecast import prices, which exclude tariffs, decreasing 0.8% in February.

In the 12 months through February, import prices declined 1.2% after rising 0.3% in January. Economists expect import prices to drop further because of the coronavirus and an oil price war between Saudi Arabia and Russia.

“Lower oil prices weighed on U.S. import prices in February but it will be an even larger weight in March,” said Ryan Sweet, a senior economist at Moody’s Analytics in West Chester, Pennsylvania. “The drop in energy prices should prompt the Fed to be even more aggressive at its March meeting.”

The coronavirus has disrupted supply chains as China, the main source of inputs used in many factories in the United States, struggles to bring manufacturing production back to full capacity. While the resulting shortages are likely to push up prices of some goods, travel restrictions and social distancing are seen depressing demand for services such as travel, hotels, entertainment and eating out at restaurants. The coronavirus’ impact is expected to start showing up in March economic data.

In February, prices for imported fuels and lubricants tumbled 7.7% after falling 0.6% in January. Petroleum prices dropped 7.6% after being unchanged in January.