Deliveroo eyes market value of up to £8.8bn in looming London flotation

Deliveroo has revealed that its looming flotation in London will value the company at up to £8.8bn.

The food delivery app said on Monday that it had set a price range for its listing of between £3.90 and £4.60 per share.

The range reflects the prospect of a big appetite for shares in the company, which has benefited from high demand for takeaway meals during the COVID-19 pandemic as dine-in restaurants were forced to close.

In a short trading update that accompanied the pricing plan, Deliveroo said the total value of orders it received was up by 121% in January and February this year compared with the same period in 2020. Sky News revealed last night that chief executive Will Shu, who launched the company less than a decade ago, was likely to sell a small part of his 6.2% holding in the flotation.

An insider suggested it would give him his largest payday, worth millions of pounds, to date.

Deliveroo said the planned listing would consist of mainly new shares – aimed at raising up to £1bn to invest in the expansion of the business – and the sale of some shares by existing shareholders.

The company did not disclose a date but intends to operate a dual-class share structure for three years that will allow Mr Shu to retain control of the company under a proposed shake-up of City rules that has been backed by the government.

Deliveroo customers will be able to participate in the listing through a “community offer while its 100,000 riders are set to be rewarded with cash payouts of up to £10,000 with the sum dependent on level of service.

Deliveroo has around 45,000 restaurants on its platform in the UK but continues to face questions about the terms on which its riders work for it and the funding model it uses with restaurant partners. 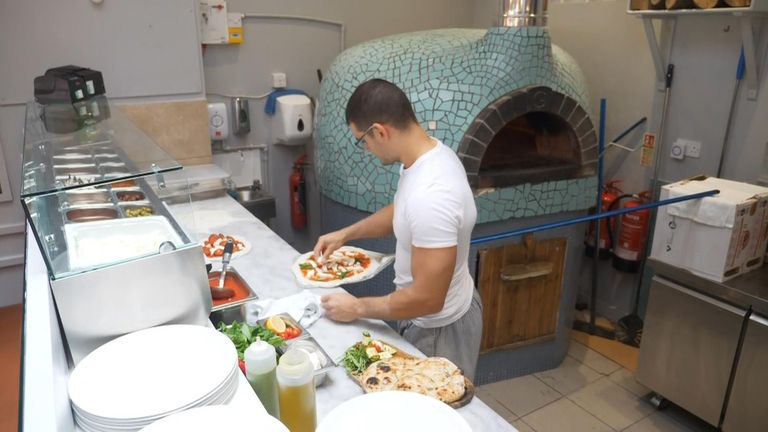 Mr Shu said: “We are proud to be listing in London, the city where Deliveroo started.

“Becoming a public company will enable us to continue to invest in innovation, developing new tech tools to support restaurants and grocers, providing riders with more work and extending choice for consumers, bringing them the food they love from more restaurants than ever before.

“This will help us in our mission to become the definitive food company.

“We have seen a strong start to 2021 and we are only at the start of an exciting journey in a large, fast-growing online food delivery market, with a huge opportunity ahead.”