Midtown Manhattan, which has been in the doldrums for much of the pandemic, has finally begun showing signs of life. But that progress may be threatened by the surge in coronavirus cases from the spread of the Delta variant.

Outlying areas soldiered on during lockdowns, sustained by residents who spent money locally because many of them were holed up at home, but the city’s central business district languished. Midtown, commonly defined as the area from 34th to 59th Streets, doesn’t have a significant residential population, and when the office workers and tourists vanished, precious few people were left. 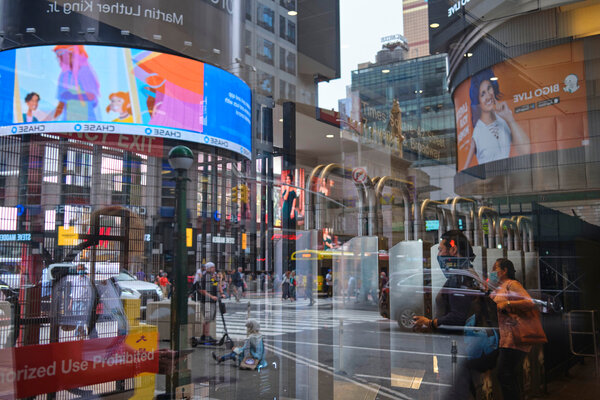 With foot traffic and transit ridership rising, Midtown has been showing improvement. Business at restaurants and stores has rebounded, and would-be proprietors are checking out ground-floor spaces at reduced prices.

Also shopping around are companies that held off looking for new offices last year or that flourished during the pandemic’s e-commerce boom. Some firms that may not have been able to afford Midtown before are finding that, now, with the lower rents, they can. Those who follow the real estate industry are feeling bullish about Midtown.

But the push to reopen Midtown may face a setback with rising cases from the highly transmissible Delta variant, posing possible problems for New York’s financial recovery because commercial landlords pay about 10 percent of the city’s taxes.

Hoping to keep the reopening momentum going while protecting New Yorkers and tourists, Mayor Bill de Blasio last week mandated proof of vaccinations for certain indoor activities. And an increasing number of companies with offices in New York, like Facebook, Google and the Walt Disney Company, have announced that their corporate employees must be vaccinated before returning to the workplace.

Now, faced with a third wave of the coronavirus, some firms that had been calling their employees back to the office after Labor Day are postponing their plans again.

The picture is further complicated by the uncertainty about hybrid work arrangements. And some believe the area’s reliance on office use should be balanced by more residential use, especially because hybrid work may mean that office buildings will never be as full as they were prepandemic, leaving streets less active.

What hasn’t changed is what has always made Midtown the star of the Manhattan commercial real estate show: its central location and unmatched transit access. In addition, the buildings tend to be bigger, with expansive floor plates that can accommodate tenants with large numbers of employees.

Even before the pandemic, when areas farther south, such as Flatiron and Chelsea, were deemed hipper, Midtown continued to attract tenants, including tech companies like Facebook.

But with the success of remote work over the last year and a half, many companies have decided to reduce their real estate footprint, letting leases expire or seeking subletters.

After some tenants did an about-face, the square feet available for subleasing dropped to 11.3 million in the second quarter, said Jeffrey Peck, a vice chairman at Savills.

“We represent several tenants that had put space on the market — they thought they were never coming back or wouldn’t need as much,” Mr. Peck added. “They have since said: ‘Don’t sublet. We’re coming back.’”

In another sign that Midtown is beginning to turn around, there has been a marked increase in prospective tenants touring available office space, brokers say. Touring tends to be slow in June and July, when many people go on vacation, but not this year, said Paul J. Amrich, a vice chairman at CBRE, a commercial real estate firm. He has noticed a slight falloff in August but attributes that more to vacations than to Delta

The shopping spree is not expected to result in a surge in signed leases until later this year. And the completion of development projects over the next couple of years will add even more space to the office inventory. But already there has been a drumbeat of lease-signing announcements.

“It is a little surprising how fast it’s happened,” said David A. Falk, president for the New York tristate region at Newmark, a commercial real estate services firm.

The tech industry did much of the leasing in Midtown in 2020, but financial services have regained their traditional position as the district’s leasing leader this year, accounting for 38 percent of all new deals, according to CBRE.

And the office space that is being gobbled up fastest is in new or substantially renovated buildings, ones boasting lavish amenities and rigorous air filtering — a selling point at a time of heightened concern about airborne germs.

Prices are substantially higher in such Class A buildings, but vacancy rates are lower than they are for Class B properties, which tend to be older and lack all the perks.

One Vanderbilt, a skyscraper that opened in September next to Grand Central Terminal, is 89 percent leased, according to its owner, SL Green Realty. And the company has the building’s top floor on the market for $322 per square foot, which, if realized, is likely to be the most expensive office space in the city.

Building owners have been pouring money into renovations to stay competitive, including a $120 million update of 1345 Avenue of the Americas by Fisher Brothers, Durst’s $150 million revamp of 825 Third Avenue and Brookfield’s $400 million redevelopment of 660 Fifth Avenue. The Olayan Group is spending about $300 million to redo 550 Madison, the Chippendale-topped former AT&T headquarters, said Erik Horvat, the firm’s head of real estate for the Americas.

But interest has been increasing in some Class B buildings, too, especially if landlords are motivated to make deals.

GFP Real Estate, a family-owned company, has been busy signing tenants by offering short-term leases at reduced rates, in the belief that it’s better to have a tenant paying a lower rent than no tenant at all.

“This is the hardest I’ve ever worked I’m making so many deals,” said Jeffrey Gural, the chairman and a principal of GFP.

The bargains are attracting firms that previously may not have been able to afford Midtown.

The Center for an Urban Future, a nonprofit organization that tracks the city’s economy, had been subletting space in Lower Manhattan, but is now shopping for space in Midtown.

“Before the pandemic, our organization really wouldn’t have been able to consider leasing in Midtown,” said Jonathan Bowles, the executive director. “Now we have a surplus of options.”

Plenty of options also exist for retailers. Asking rents have fallen, and landlords are dangling incentives. Some are devising agreements to take a percentage of a store’s earnings rather than a fixed monthly rate.

Food-and-beverage purveyors, in particular, have been on the prowl, chasing down former restaurant space that is already outfitted with kitchen appliances, said Steven Soutendijk, an executive managing director at Cushman & Wakefield. Amid the flurry of deals, La Casa Del Mofongo signed a lease on a 15,000-square-foot space near Herald Square for a Latin restaurant and nightclub.

Rockefeller Center, where a flagship Lego store opened in June, has had success attracting tenants, including the Rough Trade record store.

Still, it could be two or three years until there’s a complete turnaround in the retail market, said Peter Riguardi, president of the New York region for the real estate broker firm JLL.

Some believe that in the long run, Midtown will need to diversify the same way Lower Manhattan did over the last couple of decades, making the transition from being strictly a 9-to-5 financial district to a 24/7 neighborhood.

“I wouldn’t count Midtown out just yet,” Mr. Bowles said. 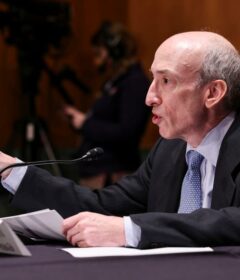 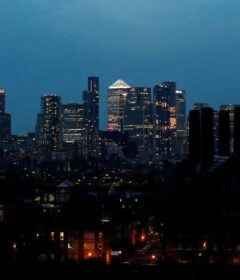 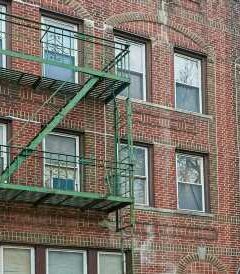