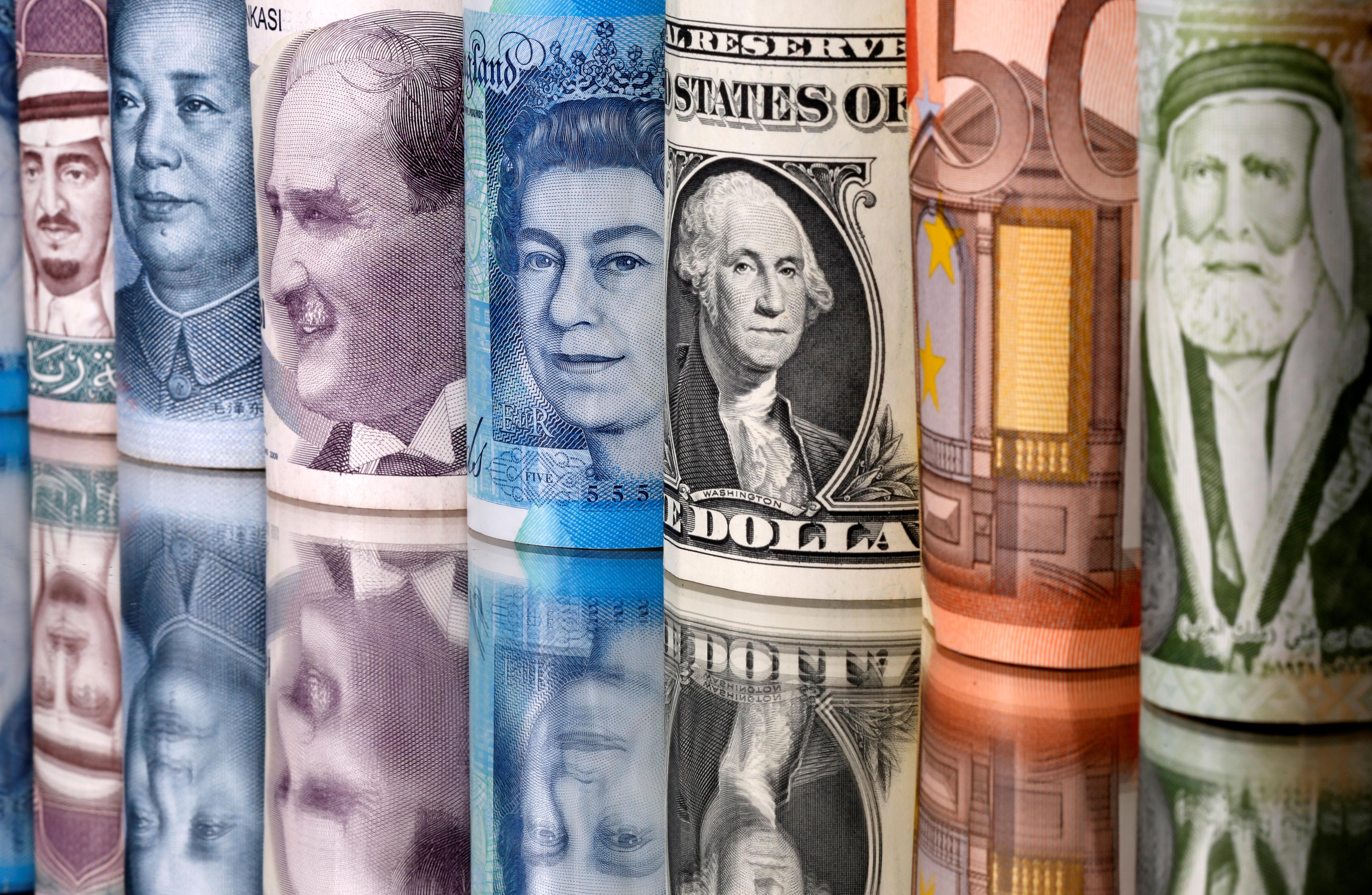 Sentiment was driven by record-high coronavirus infections in six U.S. states, new cases in Beijing and clashes between Indian and Chinese troops in the western Himalayas.

The dollar edged 0.2% higher to 97.14 against a basket of currencies =USD, lifting it 0.4% from the day’s lows. The index has bottomed out from a three-month low last week, but the broad outlook remains cautious.

“The broad dollar outlook remains negative as investors are cutting back on some of the extreme tail risk hedging bets in the markets some of which were buying dollars,” Ilan Solot, a currency markets strategist at Brown Brothers Harriman, said.

The greenback has had an inverse correlation with broader markets in recent months, gaining when stocks are rising and vice versa on the view that the U.S. economy is in relatively better shape than Europe or China.

Powell said that a full U.S. economic recovery will not occur until Americans are sure the coronavirus epidemic has been brought under control.

That remains far from certain, with new coronavirus infections hitting record highs in six U.S. states, including Texas and Florida, on Tuesday.

China has also sharply ramped up restrictions on people leaving Beijing in an effort to stop the worst coronavirus flare-up since February from spreading.

“Market players are looking to, with caution, how critical the impact from any second wave of infections on the economy will be,” said Kazushige Kaida, head of FX sales at State Street. “It’s not that markets are pessimistic… But the length of time people hold their positions is getting shorter.” ]

The Fed’s cautious message also checked momentum in the euro EUR=EBS, which held well below a three-month high of $1.1422 hit last week. It was trading at $1.1238 on Wednesday, down 0.2% after rallying nearly 5% since a Franco-German proposal for a recovery fund in late May.

Brexit continued to hobble the British pound GBP=D3, which was steady around $1.2566, below a three-month high above $1.28 achieved this month.