PARIS (Reuters) – Airbus is studying a sharp cut in output of its top-selling A320 plane series amid an industry-wide slowdown triggered by the coronavirus crisis, sources familiar with the matter said. 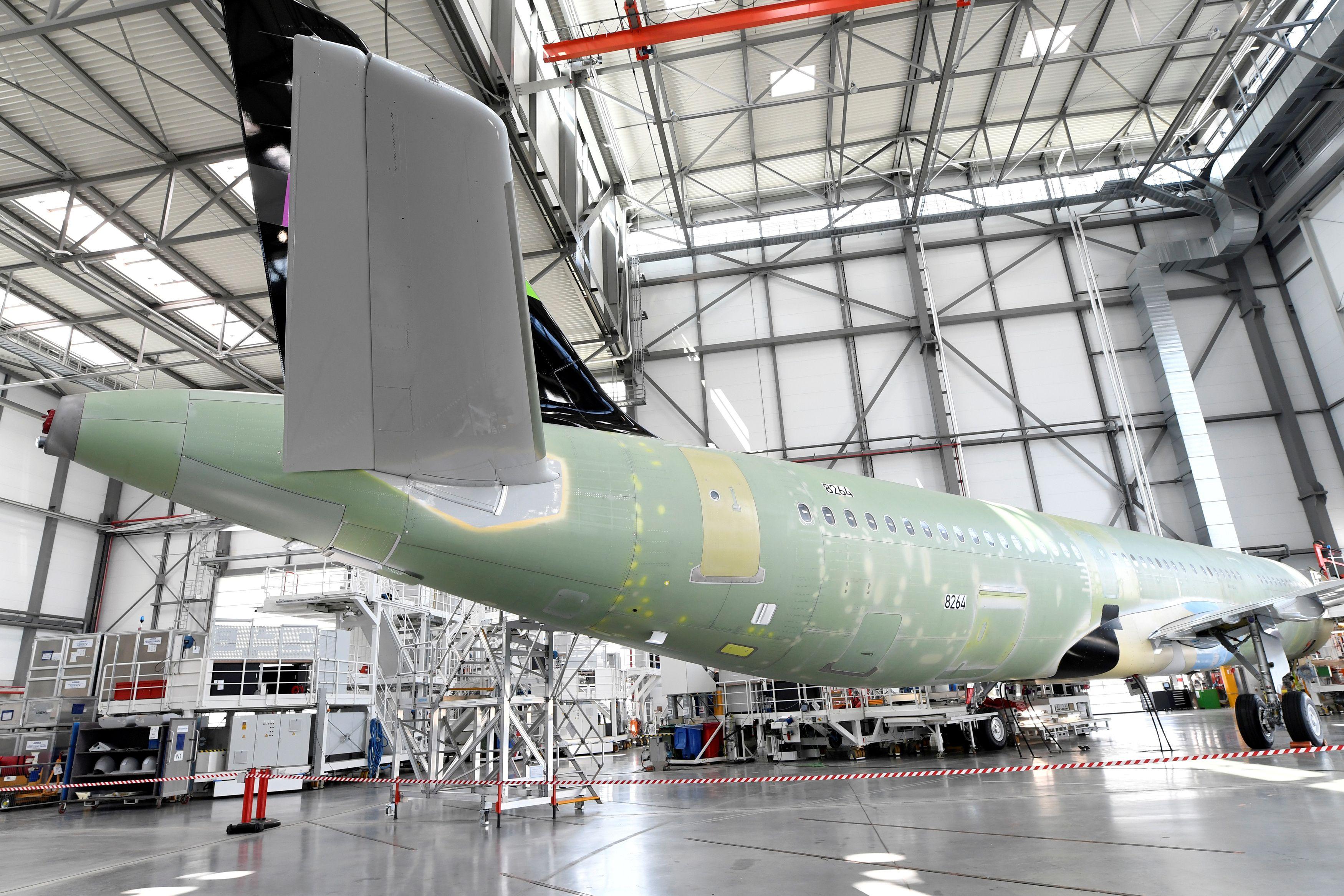 Europe’s leading planemaker is examining scenarios including cutting its monthly output of 60 A320-family jets by as much as half for around three to six months as airlines scramble to save cash, two of the sources told Reuters.

Airbus (AIR.PA) has asked A320 parts suppliers to slow their deliveries to its factories by 40% to a rate compatible with production of 36 jets a month in the near term, one source said.

The coronavirus crisis has blindsided airlines and planemakers, prompting bailouts and drastic revisions.

Airbus additionally faces shortages in its own supply chain as it struggles to bring production back up to previous levels after pausing activity in several factories.

Airbus, which last month suspended its near-term 2020 delivery guidance, entered the coronavirus crisis with plans to increase A320-family production to 63 a month in 2021 and to add a further one to two planes per month in both 2022 and 2023.

Those plans have been shelved, the sources said.

Airbus said it was “closely monitoring the evolving COVID-19 situation worldwide and is in constant dialogue with …customers, suppliers and institutional partners.”

The planemaker added it was “assessing the implications of the pandemic on its operations and the potential mitigation measures that could be implemented.”

A final decision is expected by the company’s shareholder meeting in mid-April and depends on several unknowns, including how long the air travel crisis will last.

Airbus is expected to try to avoid mandatory lay-offs and make use of short-time working schemes in France and Germany.

Reuters reported on Thursday that Airbus and rival Boeing (BA.N) were also studying sharp cuts in production of larger, wide-body jets such as the Airbus A350 or Boeing 777.

Suppliers for the A350 are being ordered to run for now at about half-speed, equivalent to 5 aircraft a month compared with about 9.5 before the crisis, the sources said. The A330 family, which recently slowed to 3.5 jets a month, could dip to two.

The rate at which suppliers are instructed to feed assembly lines does not always match official production rates in order to avoid disruptive whiplash effects in the supply chain.

Airbus and Boeing have a buffer of thousands of aircraft orders and have until now been able to find new homes for the most in-demand passenger jets like the A320 and 737, although Boeing is also wrestling with the grounding of its 737 MAX.

But the depth of the crisis and a worldwide meltdown in travel demand have raised questions over whether some of the airlines that placed large orders will survive, analysts say.

Airbus and Boeing have indicated they will adjust supply to demand rather than build aircraft that cannot be delivered.

Cuts in production of wide-body, long-haul jets could be deeper and last longer as international travel restrictions compound an existing problem of surplus capacity.