Futures jump on hopes of slowdown in coronavirus cases

(Reuters) – U.S. stock index futures jumped nearly 4% on Monday after President Donald Trump expressed hope that the coronavirus health crisis was “leveling-off” in some of the hardest-hit U.S. states. 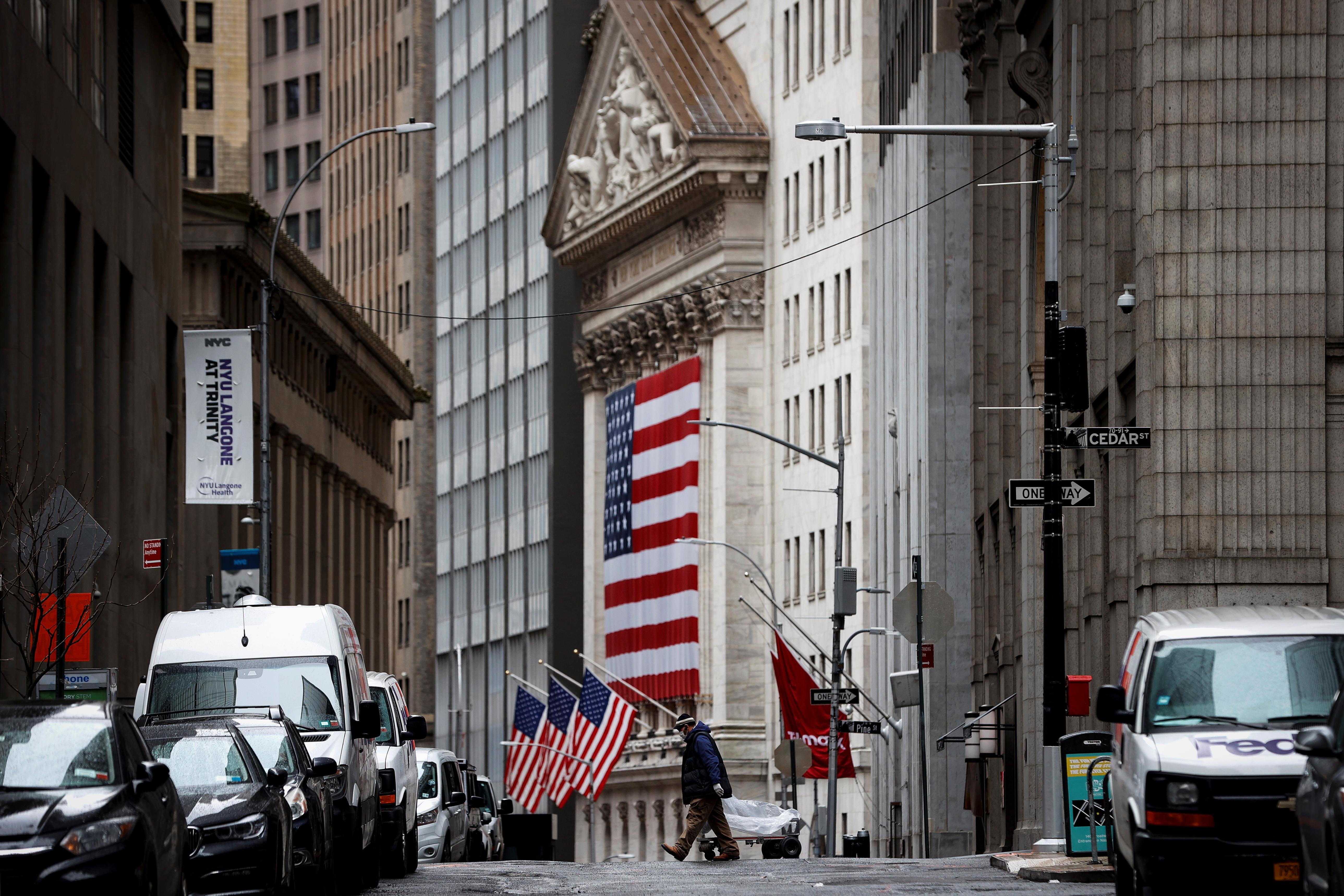 New York, the country’s biggest hot spot, reported on Sunday that for the first time in a week virus-related deaths in the state had fallen slightly from the day before.

The number of deaths in France and Italy also slowed, and Wall Street’s fear gauge fell to its lowest in two weeks.

“This still looks like a case of over optimism,” said Marios Hadjikyriacos, investment analyst at online broker XM.

“While traders are calm for now, will they remain so tranquil in the coming weeks as consumption falls off a cliff, unemployment skyrockets, and corporate earnings forecasts are slashed to oblivion?”

Wall Street’s main indexes fell more than 1.5% on Friday as the pandemic brought a 113-month expansion in U.S. employment to an end, a day after data showed weekly jobless claims surged to a record 6.65 million as a liquidity crunch sparked mass staff furloughs.

Boeing Co said on Sunday it was extending the suspension of production operations at its Washington state facilities and it would stop paying about 30,000 workers this week.

The planemaker’s shares were up 4% in premarket trading after falling more than 60% this year.

The benchmark S&P 500 has lost more than $7 trillion in market value since its mid February record high in a 27% plunge marked by wild day-to-day price swings, as the novel coronavirus spread deeper in the United States and wreaked economic havoc.

Profits for S&P 500 firms are widely expected to drop in the second quarter and investors fear more dire forecasts as demand across sectors including airlines, luxury goods and industrials evaporates.

Delta Airlines fell more than 5% in premarket trading as Warren Buffett’s Berkshire Hathaway Inc cut its stake in the company, while Citigroup and JPMorgan cut their price target on the stock.

Shares of American Airlines, United Airlines and JetBlue fell between 1.7% and 2.9%.