HONG KONG (BLOOMBERG) – Goldman Sachs Group has been on an unprecedented hiring spree in mainland China and Hong Kong in the first four months of the year as the Wall Street titan pushes further into the world’s second-largest economy.

The bank is in the process of hiring 320 staff, including 70 to focus on investment banking coverage, said a person familiar with the matter, who asked not be identified discussing confidential information. It is planning to add another 100 employees through the rest of 2021, with many of the additions this year filling newly created roles, the person said.

Goldman and its rivals are vying for talent as China opens its US$54 trillion (S$72 trillion) financial market fully to foreign brokerages and asset managers. After being slowed by the pandemic, regional head Todd Leland is now racing to implement a China strategy that includes gaining 100 per cent of a securities venture and setting up a new asset management unit on the mainland.

The five-year plan presented to the board in late 2019 envisioned doubling Goldman’s workforce to 600 in China and expanding in advisory, securities and wealth management.

With billions of dollars in profits at stake, global banks are looking past increasing political tension between the West and China over everything from human rights violations in Xinjiang to a crack down on political dissent in Hong Kong. Other firms such as UBS Group, Credit Suisse Group and HSBC Holdings have outlined plans to add what amounts to thousands of workers in China.

International banks are simultaneously pouring billions of fresh dollars into the country. Goldman last year increased its exposure by 33 per cent to US$17.5 billion.

Like other global firms, its push into China was slowed by the virus outbreak in 2020. Plans are now being acted on more rapidly as China’s economy powers out of the Covid-19 pandemic at a record pace and deal flows surge.

The new hires will support businesses in China and Hong Kong and do not include global support centres such as Singapore and Bangalore. Goldman last month also put a second Chinese partner in charge of its local investment banking operations. Mr Sean Fan was named co-head of investment banking for China, moving across from merchant banking to run the business alongside Wei Cai. Both were made partners in 2018.

In December last year, the bank signed a definitive agreement with its partner to buy the 49 per cent of Goldman Sachs Gao Hua it does not already own. It is now awaiting a go-ahead from regulators to complete the deal, racing to become the first Wall Street bank with 100 per cent ownership of its securities joint venture.

JPMorgan Chase & Co is also moving closer to full ownership of its securities venture after boosting its stake to 71 per cent in November. It recently relocated its China investment banking head to Shanghai from Hong Kong as chief executive officer for the onshore business. Credit Suisse’s net hires for Asia-Pacific have exceeded 100 so far this year. Citigroup is pushing to set up new investment banking and trading operations and plans to submit applications for licences before June. 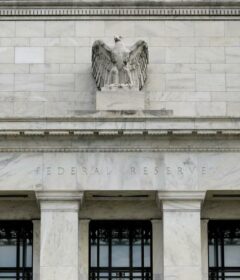