How Biden’s E.V. Plan Could Help Tesla and Squeeze Toyota

A push to increase sales of electric vehicles favors companies that already have all-electric cars on the market and could penalize those that don’t. 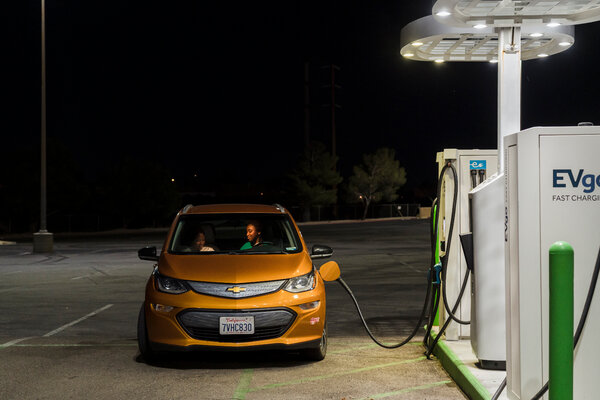 The Biden administration’s vow on Thursday to push sales of electric vehicles to 50 percent of new car purchases by 2030 means that there’s no place left to hide for any carmaker resisting the shift to battery power.

Europe and China were already heavily promoting electric vehicles using regulations, incentives for consumers, and subsidies for carmakers and battery producers. President Biden’s commitment to follow a similar strategy means that the world’s three largest car markets are moving away from internal combustion at a faster pace than anyone predicted a few years ago.

“This is the last major piece in the jigsaw,” said Peter Wells, director of the Center for Automotive Industry Research at Cardiff Business School in Wales. “This does put pressure on some of the more laggardly companies.”

Mr. Biden’s announcement is good news for Tesla, which accounts for more than two-thirds of the battery-powered cars sold in the United States, and potentially bad news for Toyota Motor, the world’s largest automaker, which will not begin selling a car powered solely by batteries in the United States until next year.

In between are General Motors, Ford Motor and Volkswagen, which have begun selling tens of thousands of electric cars but depend on vehicles with internal combustion engines for most of their revenue and profit.

It is by no means certain that the familiar car brands will be dividing the expanding market for electric vehicles among themselves. The shift to battery power is an opportunity for Chinese carmakers to expand into new markets, which they are doing with strong support from their government. NIO, for example, has announced plans to open a dealership in Oslo in September as a first step into the European market.

The president’s declaration could also help start-ups like Rivian and Lucid Motors, both based in the United States, that are expected to deliver their first vehicles this year.

Mr. Biden framed his push in part as a geopolitical competition in an emerging technology. The initiative is part of an effort “to drive the electric vehicle future forward, outcompete China and tackle the climate crisis,” according to a White House fact sheet.

Europe is also far ahead of the United States in E.V. sales. The European Commission, the administrative arm of the European Union, has effectively compelled the auto industry to sell electric cars by imposing stiff fines on companies that exceed limits on carbon dioxide emissions.

Governments in Germany and other European countries are also offering generous cash incentives for electric car purchases. And an increasing number of consumers like the smooth, quick acceleration of electric vehicles, the savings on fuel and maintenance, and the satisfaction of not producing any tailpipe emissions.

The Transition to Electric Cars