Home » Business » How Luxury Can Make Livestreaming Work in China

How Luxury Can Make Livestreaming Work in China

SHANGHAI — There’s no denying that livestreaming is here to stay. Kuaishou, the second most popular short video and livestreaming platform in China, raised 5.32 billion Friday, the largest IPO globally since Uber went public in 2019.

And while Kuaishou may not be that relevant to fashion and beauty brands as a partner for now — its user base is more likely to publish snippets of small-city life, rather than the more style-forward posts on market leader Douyin — the livestreaming format overall is one that no brand can afford to overlook strategically.

According to research firm EqualOcean, China’s livestreaming market is tipped to be worth more than 80 billion renminbi, or $12.37 billion, in 2021, breaking the 100 billion renminbi barrier by 2023. Nearly every Chinese social media platform, whether it is Weibo, WeChat, Xiahongshu, Douyin or traditional retailers like JD.com, Taobao, Secoo and VIP.com, integrates livestreaming as a basic function in their mobile applications.

Anyone with a smartphone can press live and start selling on one of these digital platforms, but it takes careful planning and promotions, a great lineup of discounted products and a charming host to stand out from a sea of streams.

“The fundamental thing about livestreaming is that it’s very interactive,” said Yu Feng, the general manager of Taobao e-commerce. “It’s very similar to an immersive offline experience face-to-face. It can be used for branding, advertising, promotions in all these different ways.” 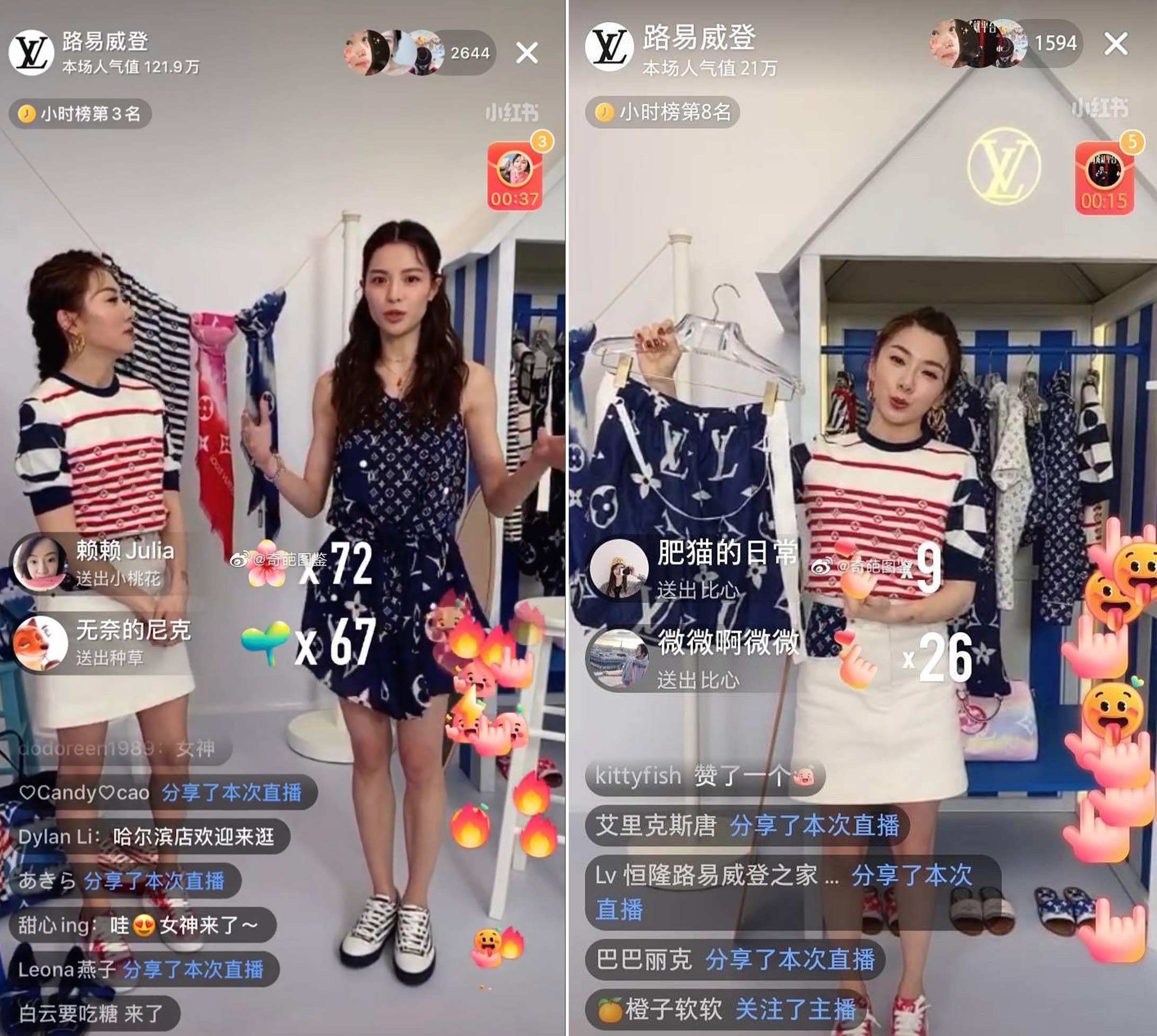 Louis Vuitton is one of the first luxury brands to promote its products via livestreaming in China. Screenshots

Certain categories in particular have more to gain than others — such as snacks, beauty and fashion jewelry, which in general have lower price points and less sizing issues — in contrast to products with less variability like apparels, shoes and accessories which enjoyed a higher existing e-commerce penetration.

“My own take is that we’re just getting started,” Yu added. “Livestreaming can get to the scale of 1 trillion yuan or more in GMV [gross merchandise value]. As a proportion in GMV, let’s say 30 percent within two or three years, certainly that’s the goal I’m working toward. Three years ago, we had people internally [at Taobao] that never watched livestreaming but today, if you look at user profiles, the peak is at night time and a lot of people don’t watch the whole livestream. They have it running on their phone and they listen, if the host starts talking about something of interest that’s when they pick up the phone and start watching the video.”

High-end brands began taking a look at the format in earnest around this time last year, when China was first struck by the pandemic. Louis Vuitton was the first mover, hosting a livestream on Xiaohongshu last March. However, immediately it was confronted by the challenge of discounting, as promotions have traditionally figured as a key component of livestreaming.

Matt Ryan, marketing director at Re-Hub, a data-driven Chinese business solution provider, said high-end brands need to emphasize the uniqueness of the experience or product, such as limited-editions. He points to China’s top streamer Austin Li’s collaboration with Bottega Veneta as a benchmark example of a brand that protected its brand values and price structure while succeeding with livestreaming. Li sold 230 Bottega Veneta bags at a price of 12,300 renminbi each in a single stream in August.

What Li did differently was that he did not focus at all on price during the stream, but rather, he emphasized the uniqueness and scarcity of the product sold. 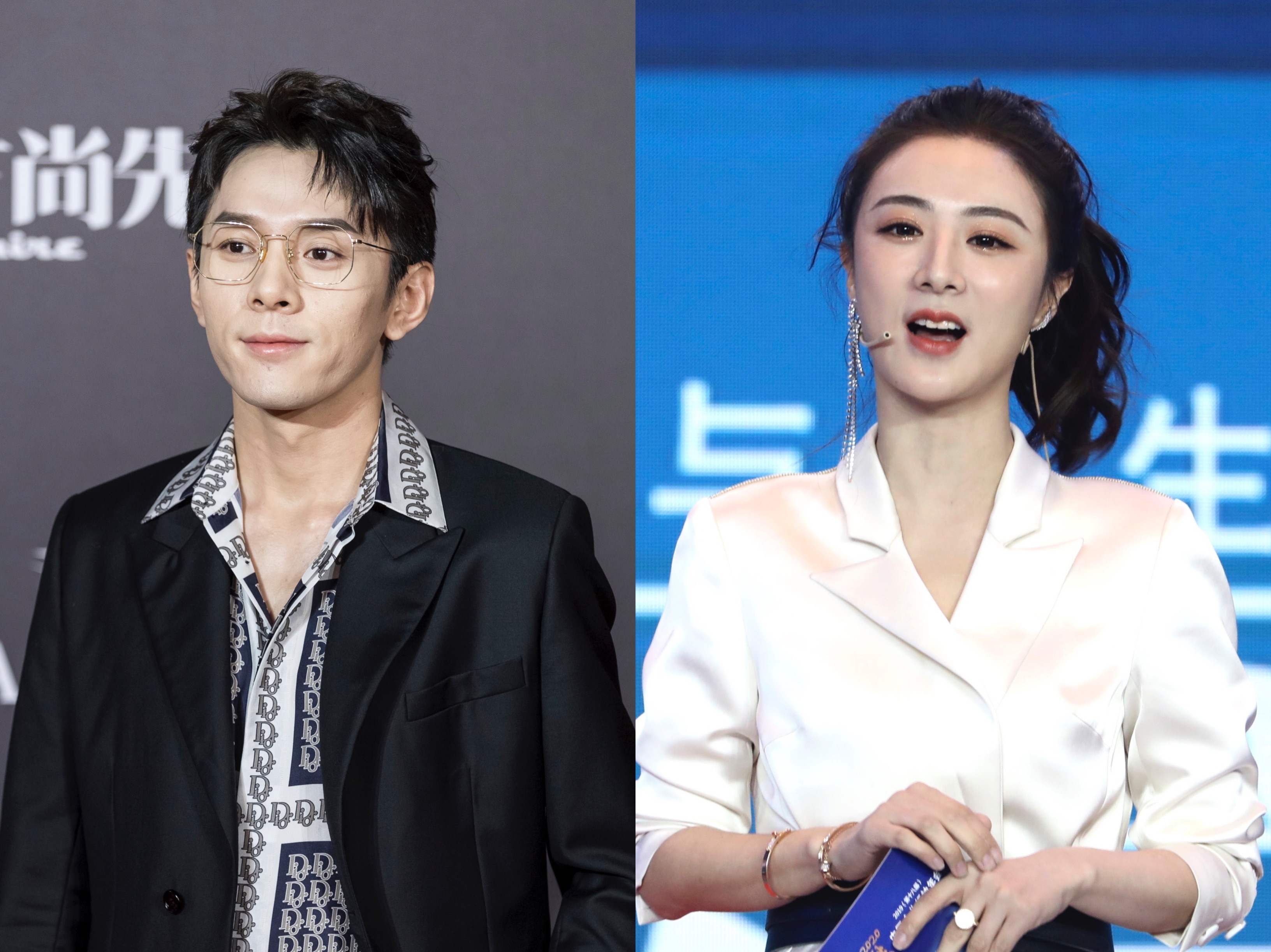 Ryan added that “Luxury brands really need to consider what the goals of the campaign are and then organize their campaign around them. If they are hosting the stream on their own channel, then they should really view it as a branding exercise and focus more on production values. If you are viewing it as an opportunity to drive sales, then you need to match with the right streamer who can push your product and host on their stream.”

Chasing volume is viewed by many brands as a dangerous minefield. Jacques Roizen, the senior vice president and China general manager for Pandora, said, “[If you think,] I didn’t make the kind of money I was supposed to make [due to discounts], but I’m going to make it up by having better data and the algorithm will favor me because of the volume that I generated on the live stream, I think that’s a losing game.”

Instead, Pandora has opted to host much smaller livestream events that target their VIP customer base. Hosted by their own brand staff, it skips the expensive celebrity or KOL hosting cost and true conversion rates are much higher.

In fact, the rising competition between brands to achieve the highest views with their livestreams has created what many describe as a toxic environment among brands. Companies have been known to artificially inflate viewership numbers from what used to be a few million one season to a few hundred million the next by either paying platforms a hefty sum to boost their visibility or simply faking it. It’s not uncommon to see views on Weibo for a fashion runway show rising mysteriously long after the event has premiered when interest would have tapered off.

A source, who holds a senior position at a major Chinese e-commerce platform, told WWD that those “sold out within-a-minute miracles,” in most cases, are planned by the brand’s e-commerce operation partner by buying a big chunk of the merchandise via agencies or themselves, and as a result, the return rate sometimes can double the industry 20 percent average to 40 to 50 percent. 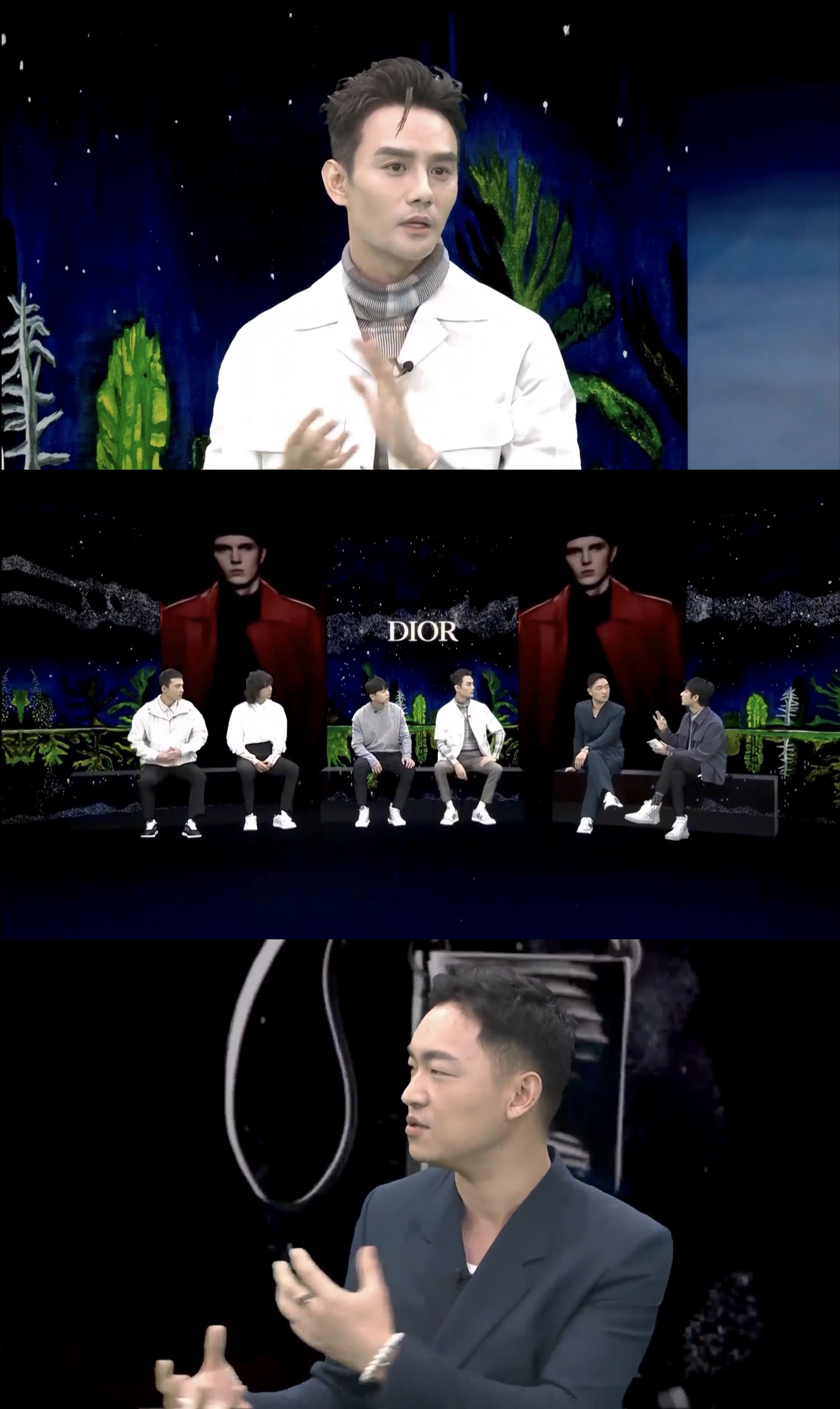 Screenshots of Dior Men’s panel discussion featuring brand ambassadors, friends of the house, and fashion editors, after its pre-fall 2021 show in Beijing, which is a part of its livestreaming in China. Screenshots

Livestreaming does not always have to come down to sales, but can be geared toward raising brand buzz. Cartier, for instance, used it to great effect on Taobao Live last year giving their fanbase a peek inside an offline exhibition that featured hundreds of timepieces and jewelry, including a necklace valued at 190 million renminbi.

“Livestreaming is not a solution, it is part of an integrated strategy,” said Chloe Reuter, founding partner of Shanghai-based agency Gusto Luxe & Gusto Collective. “Don’t be fooled by the mind-blowing sales figures from some of the top streamers, that is a result of a carefully executed digital and offline communications strategy. Neglect this, and you’ll be wasting the massive budget you’ve spent on doing a livestreaming in the first place.”

China Has Become a Testing Ground for Luxury Brands

In Post-COVID-19 China, Beauty Is Bigger Online Than Ever 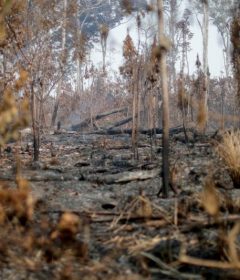 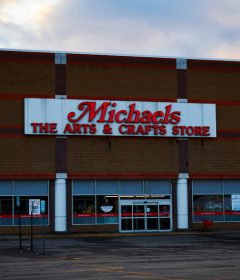 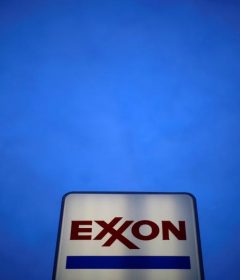 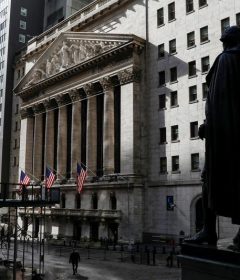