(Reuters) – HSBC and Nokia dragged European shares lower on Wednesday as a surge in coronavirus cases appeared to threaten a recovery in the global economy, while Britain’s plan to head off an unemployment crisis cushioned a fall in London’s domestically focused stocks. 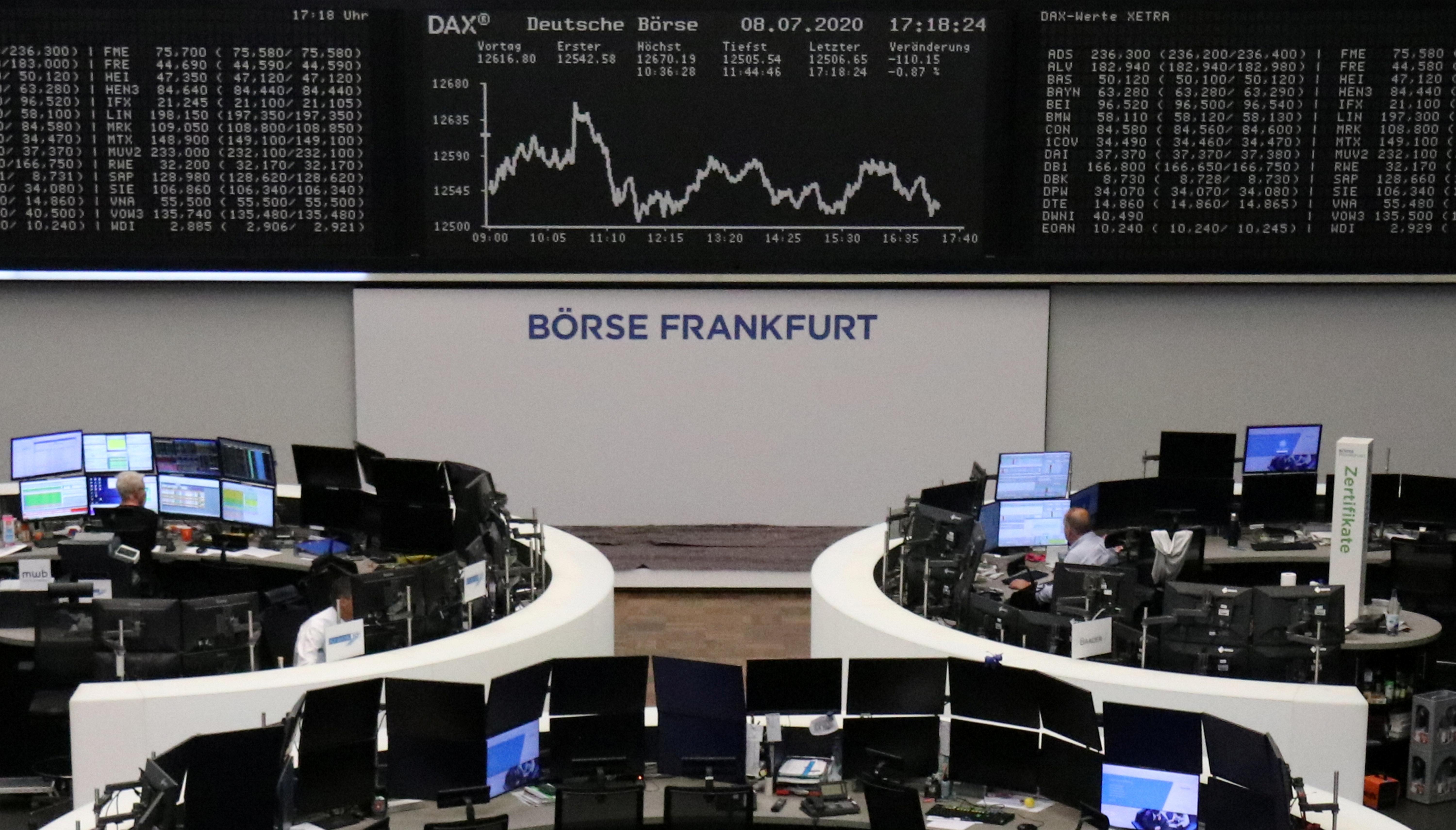 The UK mid-caps index .FTMC cut some session losses before closing 1% down, after finance minister Rishi Sunak promised an additional 30 billion pounds ($38 billion) in stimulus. This included bonuses to get furloughed staff back to work and a cut in value added tax for the hospitality sector.

Economists and strategists at ING said that, while the announcements were innovative, they were unlikely to completely change the game for the UK’s economic outlook and would provide only a small respite for markets.

London’s blue-chip index .FTSE was weighed down by HSBC (HSBA.L) tumbling 3% after Bloomberg reported that U.S. President Donald Trump’s top advisers had considered measures to undermine the Hong Kong currency’s peg to the U.S. dollar. The proposal could potentially limit the ability of Hong Kong banks to buy dollars.

On the STOXX 600, Nokia (NOKIA.HE) was the worst performer, slumping 8.1% on concerns that it was losing the business of its key client Verizon (VZ.N) in the United States. JPMorgan downgraded it to “neutral”.

Pressuring hopes for global recovery, U.S. coronavirus outbreak crossed a grim milestone of over 3 million confirmed cases, while the World Health Organization acknowledged “evidence emerging” that the virus could spread through the air.

The STOXX 600 had climbed to a near one-month high earlier this week as improving economic data and bets of a swift rebound in China drove gains, but investors remained cautious about the progress of a European Union recovery fund and the upcoming earnings season.

Analysts expect companies listed on the STOXX 600 to report a 53.9% decline in profit in the second quarter, according to Refinitiv data.