LONDON/MILAN/HONG KONG (Reuters) – HSBC Holdings PLC (HSBA.L) has sent home more than 100 staff in London after a worker tested positive for the coronavirus, the first known case at a major company in Europe’s main financial hub.

The bank also has an employee in China with the virus who is in a stable condition, interim Chief Executive Noel Quinn said in an internal memo seen by Reuters.

Banks worldwide are readying out-of-town offices and isolating some teams to ensure trading operations continue if the virus spreads to more financial centres.

Italy’s UniCredit (CRDI.MI) also sent home some staff after two new infections among its employees, one each in Germany and Italy.

JPMorgan (JPM.N) is moving traders in New York and London to a number of locations, it said in a memo on Thursday.

The U.S. bank runs a British disaster recovery site in Basingstoke, southwest of London, with an alternative building near Blackfriars bridge in the central part of the capital.

“The bank has officially moved from testing to execution,” said a source familiar with the matter, adding that the biggest wave of moves would happen on March 9.

Goldman Sachs (GS.N) has been testing a back-up site in Croydon in south London, while Barclays has an office in Northolt, in the city’s northwest, that it plans to use as a back-up.

The possibility of the virus spreading across the finance industry is worrying regulators, who fear the absence of key staff could cause liquidity problems in markets if firms cannot run trading operations normally.

The European Central Bank has asked euro zone banks to urgently test their large-scale remote working or other flexible arrangements for critical staff, a letter dated Tuesday and seen by Reuters showed.

German and British financial regulators have also said they are watching how prepared banks and other institutions are.

In Spain, BBVA (BBVA.MC) said on Thursday it had transferred up to 100 staff from its Madrid trading floor to a location just outside the city in a contingency measure against potential disruption by the outbreak. 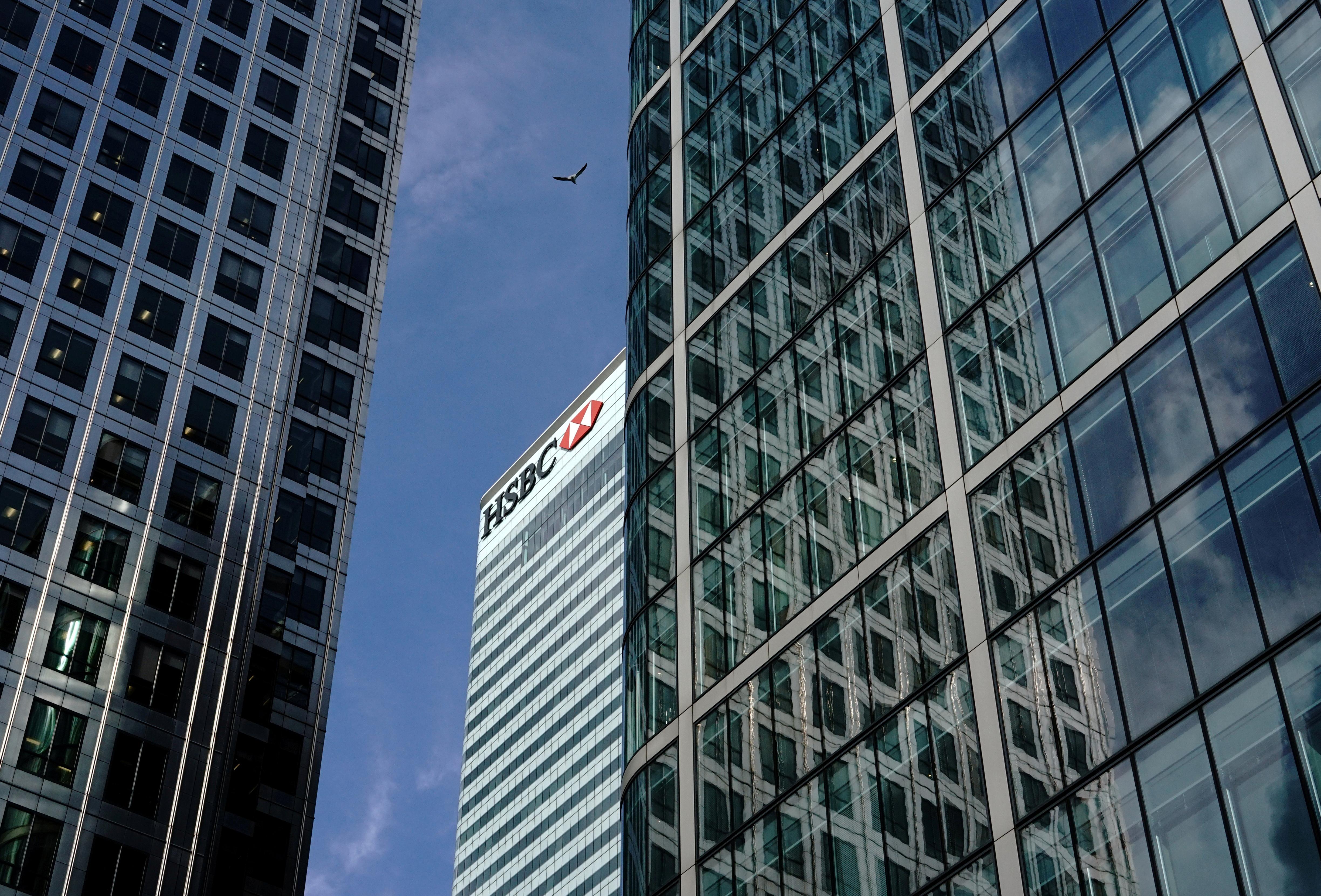 An employee of HSBC’s research department in London self-isolated on Sunday, sources familiar with the matter told Reuters.

After the infection was confirmed the bank sent home on Thursday more than 100 people in the department, a spokeswoman said, with HSBC advising staff who came in contact with the man to work from home while it cleans affected areas.

“We have been informed that one of our employees at 8 Canada Square has been diagnosed with COVID-19. This colleague is under medical supervision and has self-isolated,” the spokeswoman said.

“All staff whose roles allow remote working have been told they can work from home if preferred.”

HSBC’s London office is in Canary Wharf, a major financial district where many investment banks, such as Citi (C.N), JPMorgan (JPM.N), Morgan Stanley and Barclays (BARC.L) are located.

Separately, as a precaution on Wednesday, the lender sent home 20 staff from its global banking and markets division because one person had come in contact with an infected individual, the HSBC spokeswoman said.

The 20 have since returned to work, she said.

The bank’s coronavirus cases in China and London are unrelated, Quinn said in the memo.

On Friday, a spokeswoman in Hong Kong said the bank’s China staffer was previously in self-quarantine, and had no interaction with other staff since late January.

Commodity pricing agency S&P Global Platts told about 1,200 employees at its Canary Wharf office to work from home after a visitor was diagnosed with the virus, it said.

On Thursday, Italy’s UniCredit (CRDI.MI) raised to three its tally of infected workers and sent home staff who dealt with them.

Unicredit said it had advised two weeks of self-quarantine for all employees in contact with a contractor in its Munich office who tested positive.

The bank has closed its Piacenza office, where another employee has tested positive, and a branch in the northern Italian city, Unicredit said in a statement.

It urged 14 days of self-isolation for employees who may have been in close contact with the employee, saying it would contact customers who recently visited the Piacenza branch.

Italy is Europe’s worst-hit nation, with 107 deaths and more than 3,000 infections.