NEW YORK (Reuters) – Wild swings in asset prices have thrown a spotlight on liquidity in corners of the $4.4 trillion market for U.S. exchange-traded funds, which have played a key role for investors in Wall Street’s coronavirus-fueled selloff. 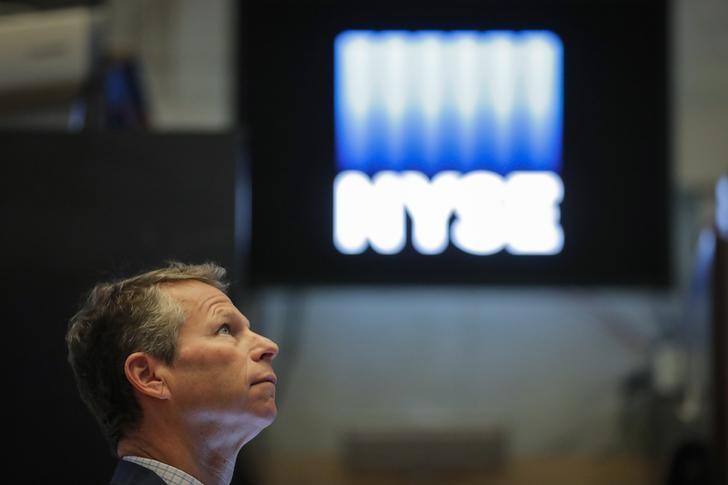 So far, ETFs – baskets of securities that are traded like stocks – have mostly functioned as intended, allowing investors to trade or hedge against further declines even during market gyrations.

But trading in certain bond ETFs has begun to reflect evaporating liquidity in recent weeks. Because some bonds trade less frequently than the ETFs that hold them, the ETFs have at times traded at a markedly different price than the value of their underlying assets.

On one hand, the price reflected in the ETF often helps investors gauge the real-time value of underlying assets that trade infrequently or have halted trading, analysts said.

But sparse liquidity could force investors to sell at deep discounts if an extended stock market plunge pushed investors to liquidate ETFs to raise cash – a phenomenon that has been seen in everything from gold to Treasury markets during the selloff.

“I still believe ETFs will work properly,” said Spencer Mindlin, capital markets industry analyst at Aite Group in New York. “But they haven’t been tested in the environment like the one we’re about to enter into.”

Trading in ETFs has comprised some 37% of daily volume on U.S. exchanges since Feb. 21, compared with an average of 26% in the year prior to that date, according to State Street Global Advisors, which issues the popular SPDR S&P 500 ETF Trust (SPY.P). Both equity and fixed-income ETFs have traded three times their typical volume over the same period, reflecting the turbulent, high-volume trading seen on exchanges during the recent declines.

Yet liquidity issues in some assets have been reflected in their corresponding ETFs.

The price dislocation has persisted in the VanEck Vectors High-Yield Municipal Index ETF (HYD.Z), which on Monday was trading at a 19.5% discount to its net asset value, according to Refinitiv data.

At the same time, ETF issuers have introduced cash redemption fees or raised existing ones in order to offset rising costs for trading certain bonds.

Those moves could place a further strain on liquidity, making these ETFs more difficult to trade, said Mohit Bajaj, director of ETF trading solutions at WallachBeth Capital, in emailed comments.

Concerns over expenses for cash redemptions contributed to a steep drop in the iShares Short Maturity Bond ETF last week, Bajaj said. The ETF fell 6.2% on Thursday, though it has risen 2.6% over the last two sessions.

Also, borrow fees for several fixed-income ETFs have climbed for investors seeking to sell them short, according to research from market analytics firm S3 Partners, in a potential sign of diminishing supply, which could also contribute to liquidity concerns.

Overall, massive exits from ETFs have not materialized, said Todd Rosenbluth, director of ETF and mutual fund research at CFRA in New York. Recent outflows have been modest compared to the total assets those funds hold, he said.