Jobless Americans to see extra payments as soon as this week

WASHINGTON (Reuters) – Americans who have lost their jobs due to the coronavirus outbreak will start getting enhanced jobless benefits as soon as this week as states deploy hundreds of billions of dollars in federal aid, state officials said on Tuesday. 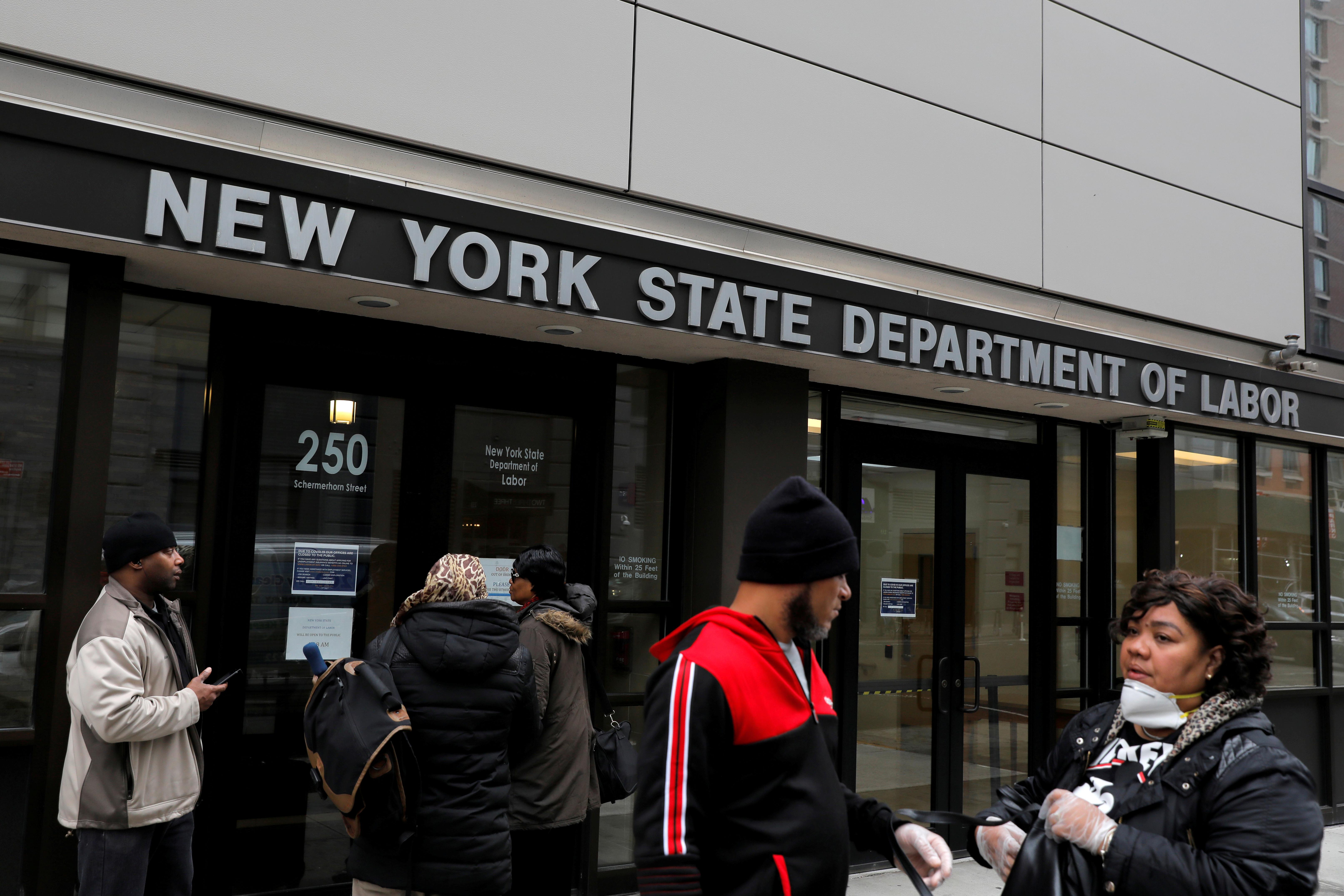 Congress approved an additional $600 weekly payment for jobless workers as part of an unprecedented $2.3 trillion rescue package signed into law by President Donald Trump on March 27.

It could take several weeks for that money to filter through federal and state bureaucracies into the bank accounts of many of the millions of Americans who have been thrown out of work.

Missouri and Georgia also plan to start sending out payments starting the week of April 12, officials said, and Indiana will start the week after that.

Officials in Maine and California said they have not yet figured out when they will be able to distribute the money. Other states did not immediately respond to requests for comment.

Experts say some states may need several weeks to get the money out the door as they struggle to process a torrent of new unemployment claims.

“People are worried that some benefit goes out so people can pay rent on May 1. That may be a challenge,” said Michele Evermore, an analyst at the National Employment Law Project.

The enhanced jobless aid, which totals $260 billion, aims to ensure that those who are thrown out of work do not see a big drop in income. It adds $600 per week to the payments jobless workers typically receive, which are a fraction of their previous pay.

It also expands benefits to part-time workers and freelancers who previously did not qualify.

State unemployment systems are struggling to keep up with the deluge of applicants as businesses across the country shut their doors to minimize the spread of the pandemic, which has killed more than 11,000 people and infected more than 375,000 across the United States.

States will have to reprogram their computer systems to provide the new benefit, which could be a daunting task.

More than half still rely on decades-old mainframe systems that run on outdated software.

In New Jersey, Governor Phil Murphy has asked for volunteers who can work with the COBOL language, first introduced in 1959, to reprogram the state’s computers.

Other states with newer systems have also been plagued by problems.

Florida Governor Ron DeSantis has scrambled to shore up a system set up in 2013 that has been unable to keep up with jobless applications, sparking widespread outrage. State officials have known for years about glitches that short-changed recipients but have failed to fix them, a review found last year.

Democrats in Congress say the Trump administration should do more to help. In a letter on Tuesday, 37 Senate Democrats called on the U.S. Department of Labor to provide technical support to states and quickly get them money to cover administrative costs.