(Reuters) – Optician Ali Nelson sent the final few orders of eyeglasses to clients last week before her Washington D.C.-based store closed to help prevent the spread of the coronavirus. 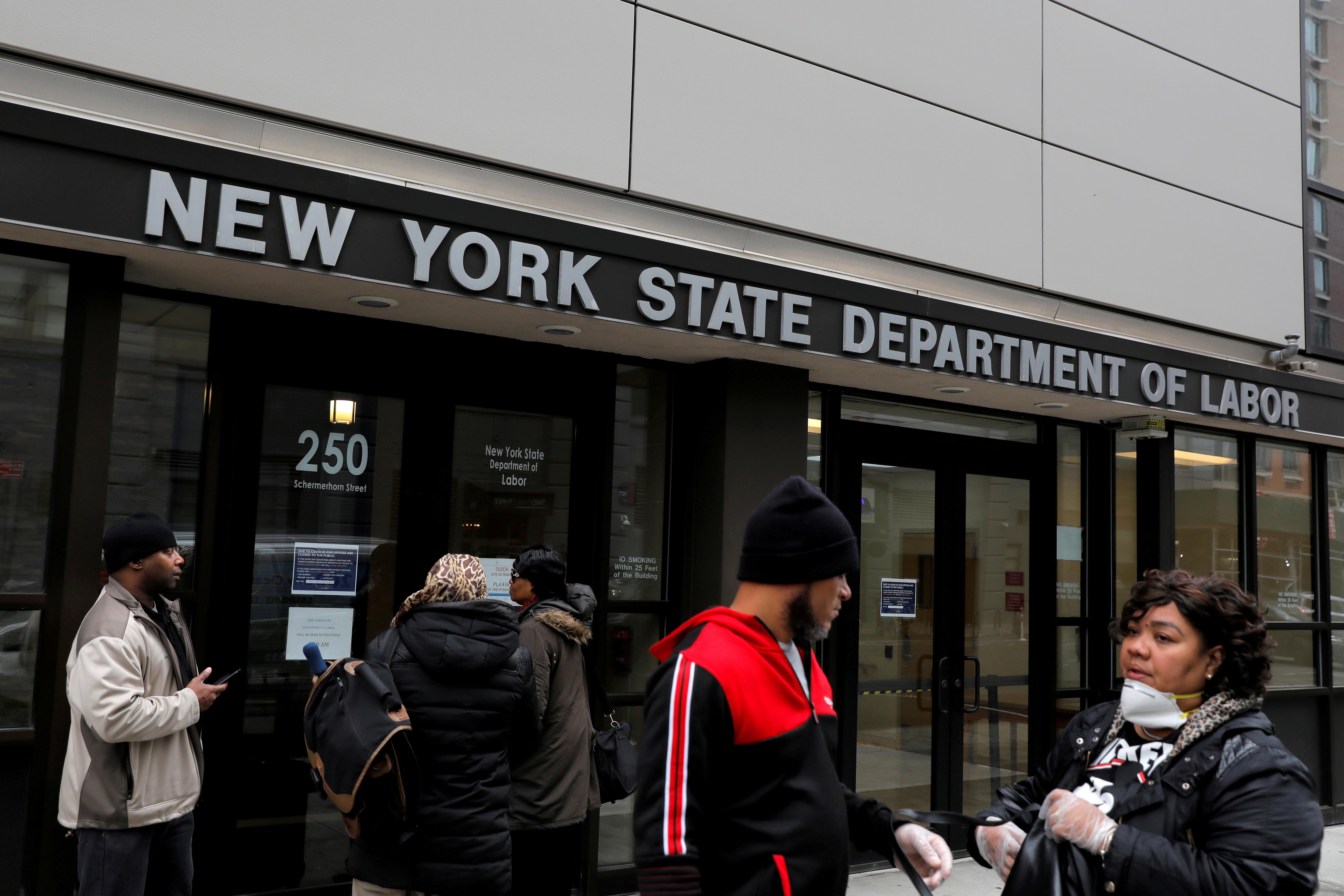 Without a paycheck indefinitely, Nelson is one of potentially tens of millions other Americans whose livelihoods are now in doubt because of the coronavirus pandemic.

The weekly jobless claims report from the Labor Department on Thursday is set to offer the clearest evidence yet of the coronavirus’ devastating impact on the economy.

Behind the numbers, which are expected to hit a new record, are worried workers like Nelson.

She has already filed to receive unemployment benefits, a relatively painless process that took minutes online. But Nelson is unsure of how much money she might receive, and worries how she’ll support a family of six on the amount.

The maximum offered in the District of Columbia – just about $450 a week – won’t be enough to cover her rent in Fairfax County, Virginia, much less health insurance, groceries and utilities.

“This is not sustainable,” said Nelson, 52, the primary breadwinner in her household, which includes her veteran husband who is in school and two working kids.

Many of the millions of Americans bracing for life on unemployment benefits are doing so for the first time in their lives as retail stores, movie theaters, restaurants and other small business shut their doors amid the outbreak.

Congress is finalizing a stimulus bill that would boost unemployment payments by $600 a week for people affected by the virus. It could also expand access to the program for self-employed workers and freelancers, who are not typically covered by the traditional program.

How much money out-of-work Americans should get remained a stumbling block to the bill passing on Wednesday. Currently, U.S. unemployment benefits usually amount to half of a worker’s previous pay, less than in most other developed countries.

Even if the bill does pass this week, it is not clear when consumers will get cash. The surge in unemployment claims overwhelmed some states and led to processing delays. Payments of $1,200 per low and mid-income adult, promised by the White House, may take the tax agency months to process.

The uncertainty is leaving at least some in this newly-unemployed set of Americans increasingly anxious.

Scott Thomas, 34, lost his job as co-creative director for The Ride, a tour of Manhattan last week. As he jumped through hoops to file for unemployment this week, he said he had put aside his goals to vacation in Las Vegas this summer. “I don’t want to take the financial risk,” he said.

“NOT GOING TO BE SUFFICIENT”

Unemployment benefits are meant to help tide workers over financially while they look for a new job. They can also help the economy rebound more quickly from a downturn by providing households with money so they can keep spending.

However, the generosity of the U.S. program, which is administered by states, varies across the country.

Each state determines the level of wages that are subject to unemployment insurance taxes as long as it’s above the federal minimum of $7,000, according to a report by the W.E. Upjohn Institute for Employment Research. But many states collect taxes off a low base and some states pay lower benefits, the report found.

The U.S. program offers unemployed people benefits for a shorter time and with more conditions to meet than many advanced countries, an October 2019 report from the United Nations’ International Labor Office shows.

The average weekly benefit was $377 in the fourth quarter of 2019, with averages ranging from slightly above $200 in some states to more than $500 in others.

For some U.S. households with little to no savings, that may not be enough to cover their essential bills. Half of U.S. households have no emergency savings, and nearly 40% would struggle to afford an unexpected expense of $400, according to a survey here by the Federal Reserve.

Black and Hispanic workers are more likely to struggle with their monthly bills, as are people with a high school degree or less, according to the study.

The changes being considered this week, which broaden access to the program and increase payments, highlight the holes in the economic safety net, economists say.

“As important as these programs are, they’re not going to be sufficient in a lot of cases,” said Dave Cooper, senior economic analyst for the Economic Policy Institute in Washington D.C. “Unfortunately, unemployment benefits may not be enough for some folks to pay their bills.”

In the meantime, the benefits for workers can be low if the program is not adjusted.

Louis DeAngelis, 26, worked as a bar tender in Plymouth, New Hampshire, until early last week, when the governor closed all bars and restaurants because of the virus. After applying without any problems, he found out he will receive $159 a week, or slightly less than half of his weekly income.

That won’t be enough to cover the rent, said DeAngelis, who was supposed to move to a new apartment in April. For now he is now looking into staying with friends or family. The money he saved for his security deposit will likely need to be used to help pay for his phone, car payment, insurance, utilities and food.

“I’m fortunate to have some family who are willing to help,” said DeAngelis, who also worked as a substitute teacher. “I’ve got options, but a lot of folks don’t.”