LONDON — Ralph & Russo, the U.K.-based couture and ready-to-wear brand, has been placed into administration, or bankruptcy protection, blaming the pandemic and subsequent lockdowns for the collapse of the business.

The company has appointed Paul Appleton of Begbies Traynor Group and Andrew Andronikou of Quantuma Advisory as joint administrators. The administrators said they will investigate “all possible options to secure the future of this globally celebrated brand” for the benefit of all stakeholders.

Ralph & Russo is the latest in a long list of British brands and retailers to collapse under the weight of lockdown closures and travel restrictions. As reported last week, the company had mothballed the atelier, which specializes in creating lavish outfits for weddings and other formal occasions, due to the effects of the pandemic.

Ralph & Russo also partly deferred its February payments to staff, but it is understood those payments were later made.

In January, the brand sat out the spring 2021 couture season. It didn’t make a collection, nor did it show as part of the Paris couture schedule, which it usually does.

Ralph & Russo, which was founded in London in 2010, was the first British guest member of the French organization in more than a century.

COVID-19 wasn’t its only problem. Ralph & Russo was also the subject of a lawsuit by Candy Ventures, an investment company belonging to the luxury real estate mogul Nick Candy.

The suit, filed in the High Court earlier this year, involves the disputed terms of a 17-million-pound loan. Candy had loaned the money to the company, and in doing so, became a minority investor.

The tussle is about the conditions attached to the loan, and Candy’s role as an investor.

Ralph & Russo declined to comment on the suit, while a source close to the company said that ongoing conversations were taking place with Candy, and there was the “hope and the expectation” that the issue would soon be resolved.

According to Ralph & Russo, the decision to appoint administrators was made by the board “to assist in the restructuring of the business” following the impact of COVID-19.

The business was founded in 2010 by creative director Tamara Ralph and her professional and life partner Michael Russo.

It makes dresses for high-profile clients including celebrities and royalty. Meghan Markle wore a Ralph & Russo skirt and top for her official engagement picture in 2017. Jennifer Lopez, Rihanna, Kaia Gerber, Gwyneth Paltrow and Bella Hadid have all been snapped wearing the brand’s feminine, embellished designs for red-carpet events.

At its height, the company employed 350 people in the U.K., and was well-known for its client service, with Ralph and her team constantly traveling for fittings and client appointments and customers receiving films of their dresses being made in the vast London atelier. 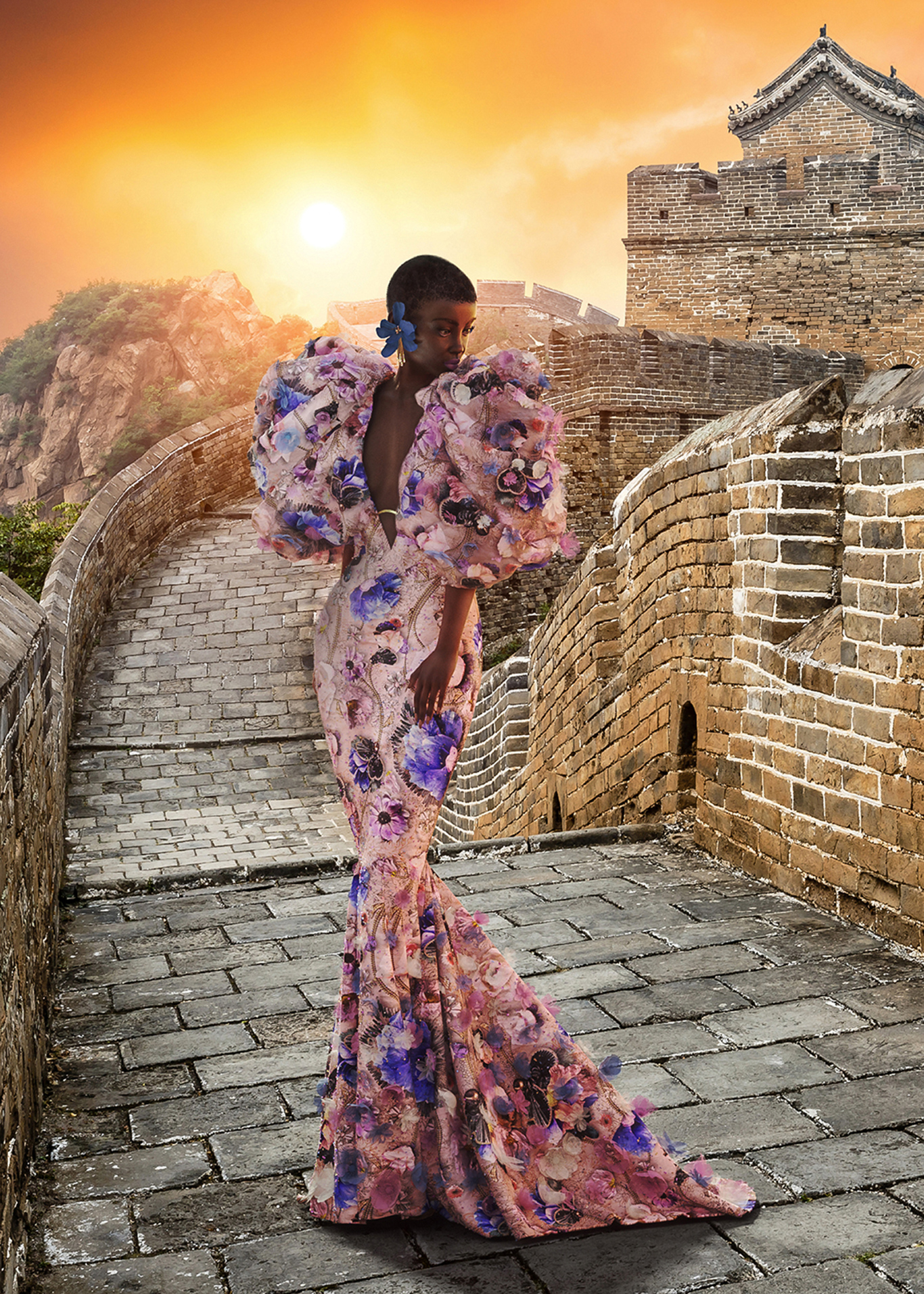 The business will continue to operate throughout the administration process, and the administrators said Ralph & Russo remains “fully committed to supporting its incredibly loyal global clientele and staff as it transitions through this period.”

Ralph said that for the last 11 years the brand “has been my love and complete passion. Together with my talented staff and master craftsman who are the heartbeat of the house, we have built a global luxury brand that I am incredibly proud of.”

She added that in the last 12 months “we have experienced unprecedented trading conditions throughout the pandemic, which has put a tremendous strain on our business and retailers across the world. In spite of these difficulties, we have continued to serve our customers.”

Ralph said the administration process will help to refinance the business, “and allow us all to do what we love best — creating for our women across the world. I would also like to reaffirm my commitment to the brand and to taking it to new heights in the future. My clients, staff and I have an unbreakable bond and we will come through this together.”

The company received a $50 million investment from La Perla Fashion Investment BV in 2019, and the label used part of that money to diversify its offer beyond couture, rtw and accessories.

Last year it launched loungewear, came out with a new sneaker dubbed 4.0, and created lingerie and eyewear in collaboration with La Perla and Linda Farrow, respectively.

It was also dipping its toes into technology, joining forces with the smart-glasses company Photon Lens to showcase its spring 2021 rtw collection using bespoke AR headsets.

The brand has stand-alone stores in London, Paris, Dubai, Doha, Monte Carlo and the U.S. It also has a shop-in-shop at Harrods.

Biondo was most recently CEO of Marni, where he worked from May 2018 until December 2019. Before Marni he served as chief brand officer at Italian eyewear company Safilo.

It is understood that Biondo was hired to help Ralph & Russo pursue its long-term plan of achieving sustainable, profitable growth.

In early March, a source close to the company said Ralph & Russo had solid plans to get back on a path to growth once lockdown ends. The source also said the company was not looking for new investment.

In the 12 months ended March 31, 2019, Ralph & Russo notched sales of 15.2 million pounds and a loss of 14.8 million pounds, according to Companies House, the register of U.K. businesses.

In 2019, Russo described the La Perla investment as strategic, and said it signifies “an important step in allowing Ralph & Russo and our team to realize our long-term growth plans whilst keeping the brand privately owned and managed.”

Perrier was previously CEO of Burberry Group Asia Pacific. He also served in senior management at several other luxury firms, including Gucci Group, where he executed the acquisition and subsequent integration of Yves Saint Laurent and Balenciaga.