Reopening economy too early could backfire for humans and markets, investors say

BOSTON/NEW YORK (Reuters) – U.S. President Donald Trump’s desire to rapidly reopen the economy despite signs the coronavirus is still spreading may backfire, with higher deaths and citizens remaining fearful of going out, some investors said. 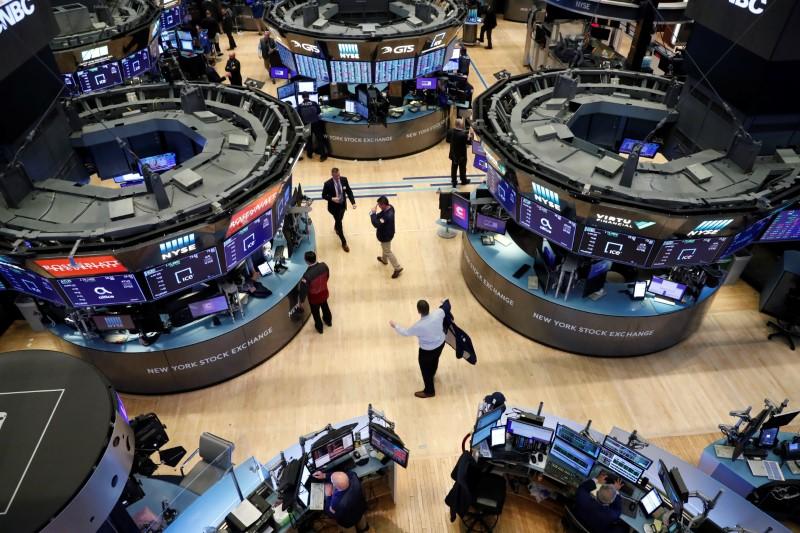 U.S. markets have been roiled by the spread of the virus in the country and as states have shut parts of their economies.

Trump said on Monday that at the end of a 15-day shutdown period, which would run to the end of the month, “we will make a decision as to which way we want to go.”

Last week, Trump urged Americans to halt most social activities for 15 days. It is unclear what power Trump actually has to simply turn the economy back on by executive order.

News of Trump reopening the U.S. economy anytime soon would not be taken well by investors, who remain anxious about the coronavirus’ uncertain trajectory and its economic toll, said Axel Merk, chief investment officer of Merk Investments.

“Markets will react badly because they have learned that this approach doesn’t work,” Merk said. “From a medical point of view, you have to break the exponential growth and you do that with shelter in place policies.”

Initial estimates of the pandemic’s economic fallout have grown bleaker in recent days.

Jennifer Pline, head of wealth management for Cambridge Trust in Boston, said it is too soon to judge whether to reopen the economy just yet.

“As we’re just starting to close things down fairly tightly, we need to wait a while until we get more traction and less contagion with the virus.”

The cost of a mistake could be deadly. A March 16 study by Imperial College in London predicts 2.2 million deaths in the United States in an unmitigated epidemic, with critical care bed capacity exceeded as early as the second week in April.

Economists at Northwestern University and Berlin’s Freie University estimated an “optimal containment policy” in the United States would deepen the subsequent recession but save 600,000 lives.

Ellis Phifer, market strategist for Raymond James in Memphis, Tenn. said he has struggled with the question of whether it would be best to reopen parts of the economy.

“It’s really hard to determine which costs more,” Phifer said of the dueling approaches of lifting restrictions sooner or later. On balance, he would be inclined to follow the advice of public health experts like Anthony Fauci, director of the National Institute of Allergy and Infectious Diseases, who have largely advocated for more restrictions.

In an interview last week, Richmond Federal Reserve president Thomas Barkin said any call to try to resume normal economic activity will depend on widespread testing quick enough that businesses can establish protocols to ensure worker and customer safety.

David Kotok, chairman & chief investment officer of Cumberland Advisors, said what is imperative is to get accurate antibody tests, and to read the recovery rate as well as confirmed cases and deaths.

“I don’t think the market will get the economic growth if people are dying all over the place,” said Kotok.

Others thought that the more important thing would be to get the economy back open.

“You leave this USA shut for another 60 days and you may have no economy or healthcare left,” said John Lekas at Leader Capital.

Rob Arnott, founder of asset manager Research Affiliates said the toll of job losses and other economic hardship that may stem from shutdowns and other measures could potentially be more harmful than the virus itself.

“Our way of handling this will kill a lot more people than it saves,” said Arnott.

But now the measures are taken and the population is fearful, there may be no going back.

Gregory Daco, Chief U.S, Economist at Oxford Economics, said even if the lockdowns were lifted, “businesses and households would remain very cautious, and financial intermediation would remain under stress… And, with the rest of the world under lockdown, you would presumably further alienate yourself.”