BRUSSELS (Reuters) – Shortly after British Prime Minister Boris Johnson ordered the closure of non-essential retailers on Monday to curb the spread of coronavirus, the parent company of Sports Direct wrote to its staff to let them know: the next day would be business as usual. 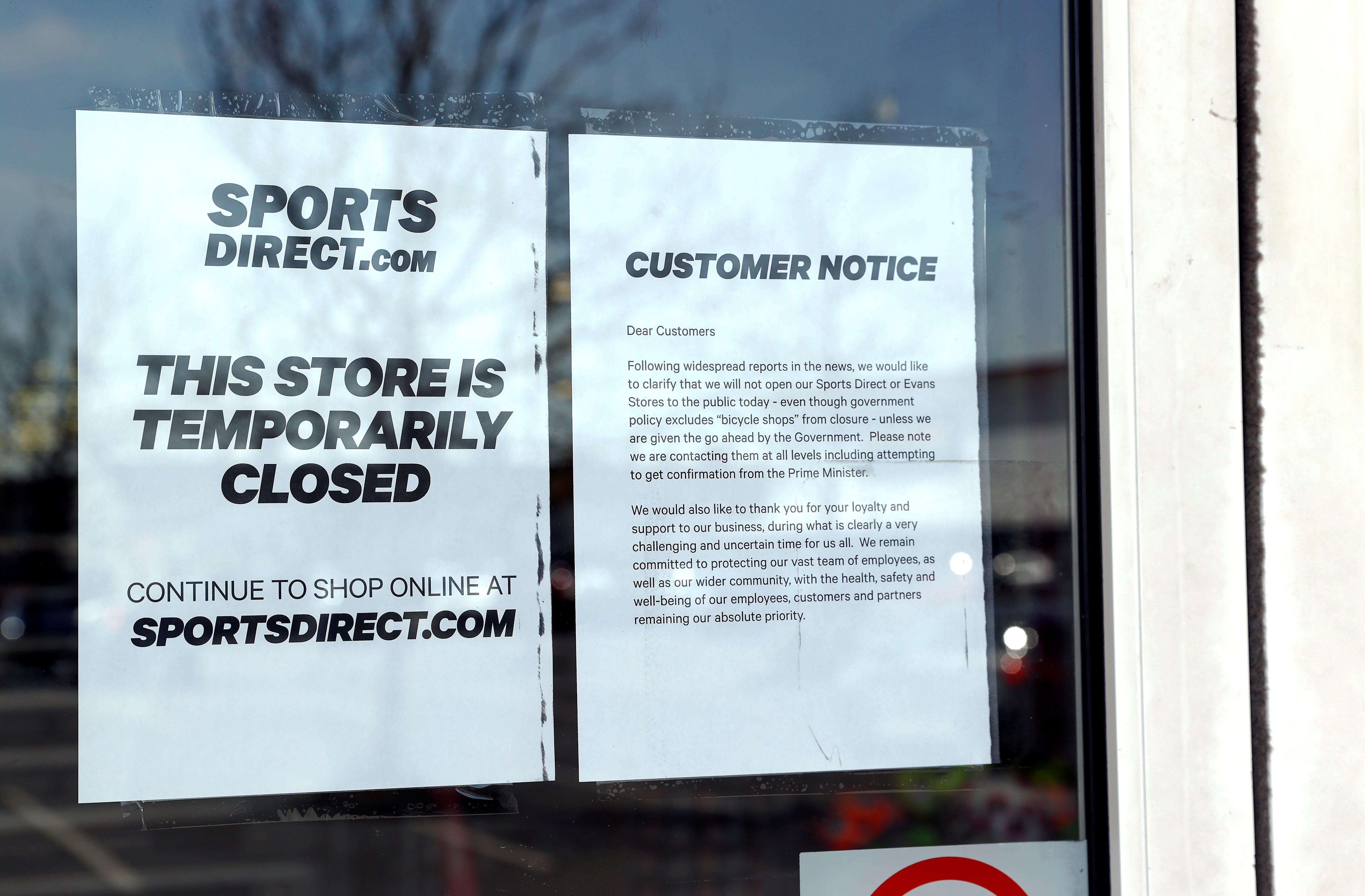 Its argument – that selling sport and fitness equipment was vital during a national shutdown – was promptly rebuffed by the government, and the plan to keep its stores open was ditched.

The brief spat underlines the dilemma for governments defining what are “essential industries” as they try to flatten the curve of infections to save lives while keeping their economies from falling off a cliff.

U.S. President Donald Trump came right out on Monday and said what other governments may be quietly thinking: “We cannot let the cure be worse than the problem itself.”

Data on Tuesday showed that business activity around the globe has collapsed this month as millions obey orders to stay at home to avoid infection with the highly contagious virus.

Trump said he was considering how to reopen the U.S. economy when a 15-day shutdown ends next week, telling a White House news conference that his administration would not allow the crisis to turn into a long-lasting financial problem.

But voicing what many might see as choosing the economy over lives requires delicacy.

Johnson’s senior adviser, Dominic Cummings, on Monday firmly denied a newspaper report that last month he had outlined the government’s coronavirus strategy as “herd immunity, protect the economy and if that means some pensioners die, too bad”.

The difficulty for governments lies in deciding what industries are critical.

On Tuesday, just 12 hours after Johnson had ordered a draconian clampdown, minister Michael Gove was asked on a TV breakfast show why groups of workers were still being allowed at construction sites.

Italy, which has suffered the deadliest coronavirus outbreak, decreed on Sunday that non-essential businesses must close until April 3 — but set out a long list of exceptions deemed vital to keep supply chains running in Europe’s second-largest manufacturing economy.

Unions in the worst-hit Lombardy region panned the list as “excessively extended, covering areas of dubious importance” and allowing firms “excessive discretion” to apply for exemptions, and promptly called a one-day strike.

Amazon announced at the weekend it would stop shipping non-essential products to Italy and hard-hit France, where lockdowns have been imposed.

One worker at a French distribution center for the world’s largest online retailer said last week that employees were dispatching non-essential items from small workspaces that did not allow staff to keep their distances.

“These are DVDs, video games, iPads, phones and sex toys,” said the worker, who declined to give her name for fear of losing her job.

Amazon stopped shipments of non-essential items due to a spike in orders and the need to respect anti-coronavirus safety measures in workplaces, a spokesman said.

As more U.S. states moved to impose stay-at-home orders on Tuesday, industries from steelmakers to auto dealerships scrambled for exemptions that would allow them to remain open.

The National Association of Manufacturers has urged states to declare all manufacturing facilities and supply chains part of “essential infrastructure” and “essential businesses”.

“Cash flow and survival are the key words here,” said Gary Hufbauer at the Peterson Institute for International Economics. “As the shutdown continues, more and more firms will seek to be designated essential.”