Home » Business » Staying afloat amid pandemic: What will happen to some firms when Jobs Support Scheme ends

Staying afloat amid pandemic: What will happen to some firms when Jobs Support Scheme ends

Wage subsidies under the Jobs Support Scheme (JSS) will be extended until September for businesses badly hit by the Covid-19 pandemic, but other employers in sectors that have recovered will stop receiving these subsidies after March. The Sunday Times speaks to some employers.

What is the Jobs Support Scheme?

Deputy Prime Minister Heng Swee Keat said last Tuesday that wage subsidies under the JSS will be extended by up to six months to help businesses that remain badly hit by the Covid-19 pandemic to retain workers.

Under the scheme, subsidies ranging from 10 per cent to 30 per cent will cover the wages of local workers from April to September to help them stay employed during the pandemic.

Some companies fear they won’t survive without support scheme, others pin hopes on taking new directions

While companies in sectors badly hit by Covid-19 appreciate the extension of the JSS, smaller players are brooding over how to keep their businesses alive as the support is gradually tapered off.

For firms, especially smaller ones, in the hard-hit aviation, aerospace and tourism industries, the JSS has been a lifeline, helping to retain local staff and keeping businesses afloat as revenues plunged.

It has gone a long way in supporting tour agency EU Asia Holidays’ 120-strong workforce, half of which is made up of locals.

Employers in the food, retail, arts, and construction sectors welcomed the Government’s plans to extend wage support for them until June, but many feel it is not enough. Safe management measures and a labour crunch caused by border restrictions mean they will continue to feel the pinch.

Mr Ivan Heng, the founder and artistic director of home-grown theatre company Wild Rice, said the 10 per cent wage subsidy “does not reflect the dire reality of the situation”.

The arts scene in Singapore has been battered by the pandemic. Theatre groups, for instance, are still reeling from the closure of theatres for several months last year.

But with help from the JSS, which helps employers pay a portion of their workers’ monthly salary, he not only managed to retain all 253 existing full-time staff, he even managed to expand his workforce.

By last December, he had hired nine more full-time staff. 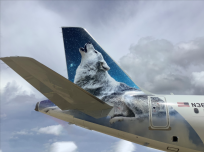