Home » Business » Supply chain crisis: Which UK ports and types of goods could be affected by the backlog of containers?

Supply chain crisis: Which UK ports and types of goods could be affected by the backlog of containers?

The UK’s ongoing supply chain issues have led to a backlog of containers at major ports – threatening delays to deliveries as the pre-Christmas trade rush gets under way.

Britain’s biggest container port, Felixstowe, has become severely congested and is struggling with the volume of cargo passing through it with just 10 weeks until Christmas.

It’s peak season and the site has become severely congested, due in part to a shortage of HGV drivers.

Major global shipping company Maersk blamed a backlog of containers at UK ports for a decision to divert vessels, saying it was re-routing one 80,000-tonne container ship per week from Felixstowe to unload elsewhere in Europe.

Which UK ports and goods could be affected?

Including Felixstowe, there are approximately seven major ports in the UK that could be impacted by the supply chain crisis and shortage of HGV drivers.

Located on the southeast coast in Suffolk and dating all the way back to the 1700s, the UK’s busiest port deals with around 36% of all containers sent to and from the UK.

Felixstowe features at number nine in the top 10 busiest European port facilities, and has around 3,500 employees, Marine Insight reports.

Shipping companies have already been diverting vessels away from Felixstowe – which handles a range of goods including toys and furniture – after it ran out of storage capacity. Import volume levels are on the rise and the port is telling its customers that it is “at capacity”. Home to the second-largest container terminal in the UK, Southampton has long been a hub for passenger and cargo movement in southern England.

It is the country’s number one vehicle handling port, handling 820,000 vehicles a year, and is Europe’s leading turnaround cruise port and the UK’s most productive container port.

It handles over 1.5 million containers every year and clears around 23 containers daily to be dispatched to and from primary cargo-generating regions including the Midlands, Scotland, East Coast and North West. Currently, the third-largest port in the UK, and amongst the 10 biggest in Western Europe, Teesport handles over 56 million tonnes of domestic and international cargo per year. 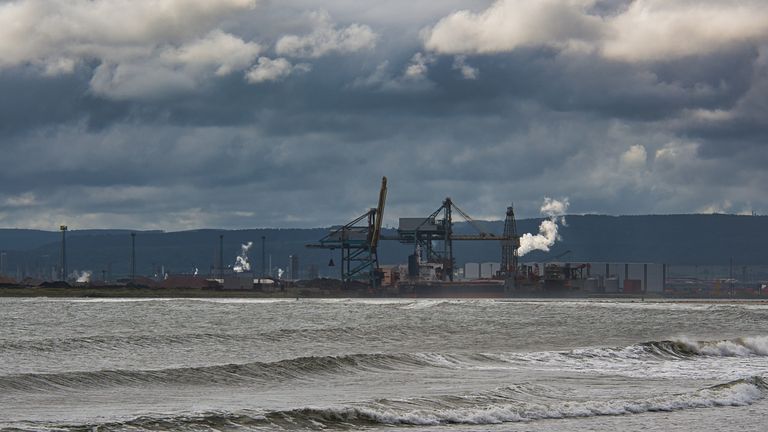 Part of the River Thames and once the largest port in the world, it handles cruise liners, roll-on roll-off ferries, plus cargo of all types at the larger facilities in its eastern extent.

It has more than 70 independently owned terminals and port facilities and directly employs over 30,000 people. The Port of Liverpool runs from Brunswick Dock in Liverpool to Seaforth Dock and operates two container terminals – the Royal Seaforth Container Terminal (RSCT) and Liverpool2.

It handled around 32.6 million tonnes of cargo in 2018 and 26 million tonnes in 2019, and the rising demand prompted an upgrade of the port’s facilities and services to cater to the largest container ships, Shipa Freight reports. The UK’s largest energy port, considered a prime contributor to economic growth, is the biggest port in Wales and handles over 30 million tonnes of cargo annually.

Its annual traffic grew significantly in 2020 when it carried 35 million tonnes of cargo. It is hailed as the largest energy port in the UK, and as of last year, 85% of gas consumption in Wales came through Milford Haven port. Also known as Immingham Dock, the major port on the east coast of England is the largest amongst the UK ports, moving over 55.6 million tonnes of cargo in 2018 and 55.1 million tonnes in 2019.

It constitutes an important part of the supply chain in the country and was under development from 2019 to 2020, in a bid to expand its capacity and cut emissions, according to Shipa Freight. How long does it take to process a container?

The average shipping container arriving at Felixstowe is currently spending more than nine days at the port before it is collected – double the average “dwell time” for import containers in 2020.

In normal times, unloading an ocean vessel takes one to three business days, since many ships have more than 10,000 containers on board. Shipments are never usually ready for pickup the same day the ocean vessel arrives at port, according to Flexport.

What is the situation now?

Conservative Party chairman Oliver Dowden told Sky News that the situation at Felixstowe is “improving” and Britons should shop normally for Christmas. 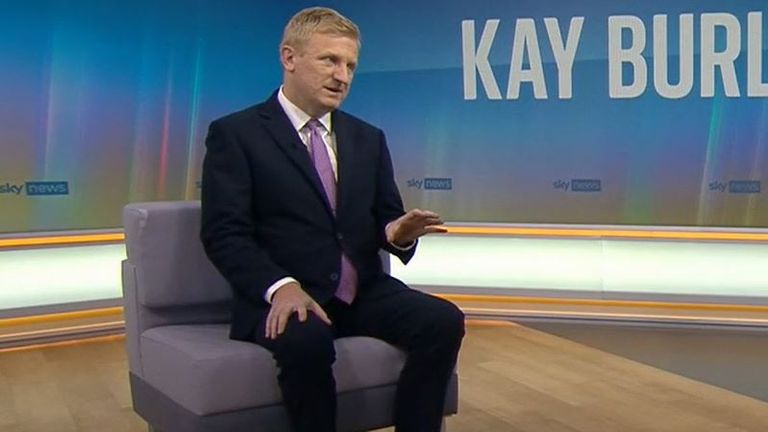 His comments to Kay Burley come after a major global shipping company decided to divert vessels away from Felixstowe, blaming a backlog of containers at UK ports, to unload elsewhere in Europe.

“I’m confident that people will be able to get their toys for Christmas,” he told Kay Burley.

Associated British Ports, which owns and operates 21 ports in the UK including Cardiff, Hull and Southampton, said all of its sites are “currently running without any delays or disruption to services”.

Maersk said it was re-routing one 80,000-tonne container ship per week from Felixstowe, which handles more than a third of UK ship-based cargo, to unload elsewhere in Europe.

Smaller vessels were then to be used to get deliveries bound for the UK to Felixstowe or another port, a company spokesperson explained, because smaller berths currently had greater spare capacity for incoming goods.

They said that high demand for shipping space globally, coupled with the HGV driver shortage, had backed up containers at the largest berths at Felixstowe.

But it added that the UK port was not alone in experiencing bottlenecks from time to time.