Worried about geopolitical tensions and stung by pandemic shutdowns, Google, Apple and others are moving some work to nearby countries.

By Daisuke Wakabayashi and Tripp Mickle

In the coming weeks, Apple and Google will unveil their latest generation of smartphones, jockeying to distinguish the new devices from previous models. But one of the most significant changes will go largely unnoticed by consumers: Some of these phones will not be made in China.

A very small portion of Apple’s latest iPhones will be made in India, and part of Google’s newest Pixel phone production will be done in Vietnam, people familiar with their plans said.

The shift is a response to growing concerns about the geopolitical tensions and pandemic-induced supply chain disruptions that have involved China in the last few years. China has long been the world’s factory floor for high-tech electronics, unrivaled in its ability to secure legions of high-skilled workers and the production capacity to handle demand for the next hot device.

But American companies are seeing more risk there — a perspective forged during the Trump-era trade war, with its tit-for-tat tariffs, and cemented by China’s saber-rattling after Speaker Nancy Pelosi’s visit to Taiwan last month. They fear that basing a supply chain largely in China may thrust them into the middle of its escalating conflict with the United States over Taiwan. 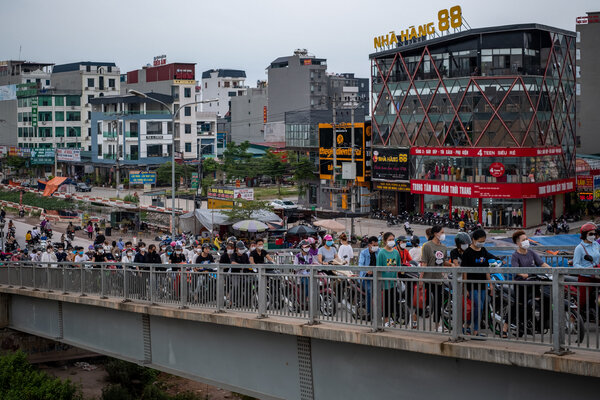 China is still, by far, the most dominant consumer electronics manufacturer. But it’s not just smartphone production that is moving out the country. Apple is producing iPads in northern Vietnam. Microsoft has shipped Xbox game consoles this year from Ho Chi Minh City. Amazon has been making Fire TV devices in Chennai, India. Several years ago, all of these products were made in China.

On Wednesday, China announced that factory activity contracted for a second straight month in August, according to the country’s closely watched survey of purchasing managers.

“The empire of manufacturing in China is being shaken,” said Lior Susan, founder of Eclipse Venture Capital, which invests in hardware and manufacturing start-ups. “More and more capital is going to pull manufacturing out of China and find an alternative.”

The fracturing supply chain is rippling across Asia, causing a spike in industrial land prices in Vietnam, a revival of manufacturing in Malaysia and a surge in demand for low-wage workers in India. For China, it is siphoning away manufacturing activity when the country is reeling from its slowest economic growth in decades.

“Everyone is thinking about moving, even if they’re not acting yet,” said Anna-Katrina Shedletsky, founder of Instrumental, a Bay Area company that remotely monitors assembly lines for electronics companies.

When the first outbreak of Covid-19 shut down factories in China in early 2020, the closures roiled sales plans for many companies, including Apple, which had to cut its quarterly sales forecast because it couldn’t make iPhones.

The company’s operations team started to look at alternative manufacturing locations to hedge against future shutdowns in China, said three former employees, who asked not to be identified because they are not permitted to speak about their work at the company.

Vietnam, which Apple had already earmarked for AirPods production in 2020, became a much-discussed option, one of the people said. Since then, Apple has started producing its watch in the country and moved some iPad manufacturing there. In Apple’s most recent list of its top 200 suppliers, 20 use factories in Vietnam. By comparison, 155 of the companies operate factories in China.

Apple plans to assemble and package a small fraction of this year’s iPhone 14, the company’s flagship device, in India for the first time. While most of the initial and most critical production for that device is happening in China, Apple will move some of its overall iPhone production to India later — mainly as a way to assess the ability for future manufacturing there, two people familiar with the plans said.

Even as Apple pushed ahead with plans, the company was careful not to antagonize China’s ruling Communist Party since the vast majority of its products are still made there. As China carried out military drills around Taiwan during Ms. Pelosi’s visit, Apple reminded its Taiwanese suppliers to label components destined for China as made in “Chinese Taipei” or “Taiwan, China,” according to a report in Japan’s Nikkei newspaper.

So far, the biggest beneficiary of wariness over China has been Vietnam. 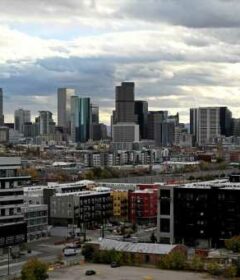 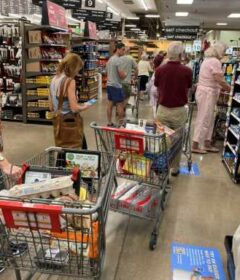 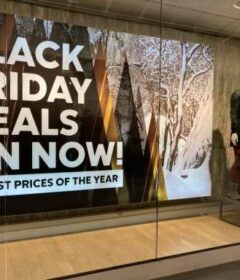 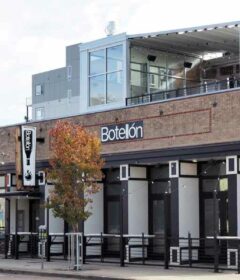 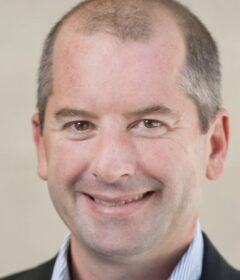