The Financial Crisis the World Forgot

The Federal Reserve crossed red lines to rescue markets in March 2020. Is there enough momentum to fix the weaknesses the episode exposed?

By the middle of March 2020 a sense of anxiety pervaded the Federal Reserve. The fast-unfolding coronavirus pandemic was rippling through global markets in dangerous ways.

Trading in Treasurys — the government securities that are considered among the safest assets in the world, and the bedrock of the entire bond market — had become disjointed as panicked investors tried to sell everything they owned to raise cash. Buyers were scarce. The Treasury market had never broken down so badly, even in the depths of the 2008 financial crisis.

The Fed called an emergency meeting on March 15, a Sunday. Lorie Logan, who oversees the Federal Reserve Bank of New York’s asset portfolio, summarized the brewing crisis. She and her colleagues dialed into a conference from the fortresslike New York Fed headquarters, unable to travel to Washington given the meeting’s impromptu nature and the spreading virus. Regional bank presidents assembled across America stared back from the monitor. Washington-based governors were arrayed in a socially distanced ring around the Fed Board’s mahogany table.

Ms. Logan delivered a blunt assessment: While the Fed had been buying government-backed bonds the week before to soothe the volatile Treasury market, market contacts said it hadn’t been enough. To fix things, the Fed might need to buy much more. And fast.

Fed officials are an argumentative bunch, and they fiercely debated the other issue before them that day, whether to cut interest rates to near-zero.

But, in a testament to the gravity of the breakdown in the government bond market, there was no dissent about whether the central bank needed to stem what was happening by stepping in as a buyer. That afternoon, the Fed announced an enormous purchase program, promising to make $500 billion in government bond purchases and to buy $200 billion in mortgage-backed debt.

It wasn’t the central bank’s first effort to stop the unfolding disaster, nor would it be the last. But it was a clear signal that the 2020 meltdown echoed the 2008 crisis in seriousness and complexity. Where the housing crisis and ensuing crash took years to unfold, the coronavirus panic had struck in weeks.

As March wore on, each hour incubating a new calamity, policymakers were forced to cross boundaries, break precedents and make new uses of the U.S. government’s vast powers to save domestic markets, keep cash flowing abroad and prevent a full-blown financial crisis from compounding a public health tragedy.

The rescue worked, so it is easy to forget the peril America’s investors and businesses faced a year ago. But the systemwide weaknesses that were exposed last March remain, and are now under the microscope of Washington policymakers. 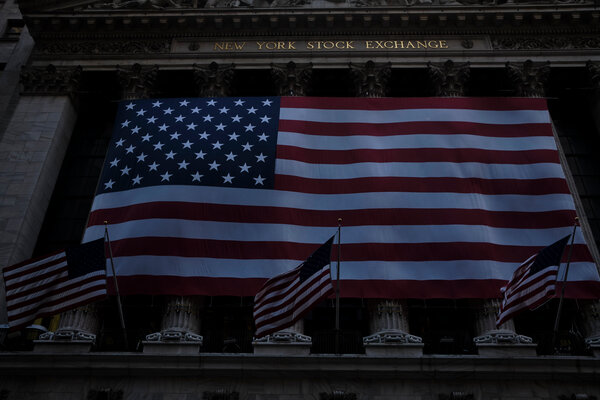