The US economy has recovered to surpass its pre-pandemic peak according to official figures – though growth was slower than expected in the latest quarter.

Robust consumer spending fuelled by vaccinations and government stimulus helped gross domestic product (GDP) grow at an annualised rate of 6.5% in the April-June period, according to the bureau of economic analysis.

But that fell short of a forecast 8.5% growth rate with supply chain constraints dragging on businesses’ abilities to stock up on goods. 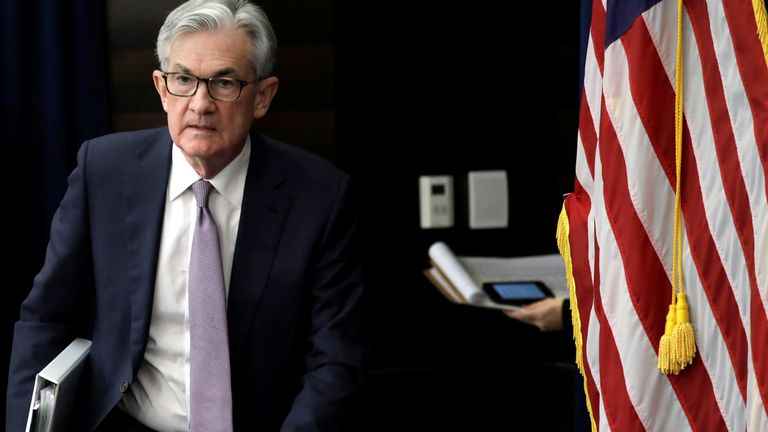 The initial second quarter estimate comes a day after the head of America’s central bank said it was monitoring the impact of the Delta variant of COVID-19 amid fears it could hold back parts of the economy.

America suffered a short, deep recession early last year as lockdowns crushed economic activity and GDP shrank over the course of the year as a whole.

But forecasters expect it to grow by 7% this year, powered by trillions of dollars of government stimulus spending as well as continued low interest rates and a huge programme of bond purchasing from the US Federal Reserve.

On Wednesday, Fed chair Jerome Powell said the effects of the pandemic on the economy had continued to diminish but that risks remain – while noting that the pace of vaccinations has slowed.

He acknowledged it was possible the spread of the Delta variant might discourage people from dining out and travelling and also potentially affect the reopening of schools or the return of workers to the labour market. But supply chain problems took their toll on firms trying to restock their shelves while a fall in house building also partly reflected supply issues.

The dollar slipped back on the weaker than expected GDP growth rate.

Earlier this week, the IMF upgraded its prediction for UK growth this year to match that of the US. The CBI has forecast that Britain will return to pre-pandemic levels by the end of 2021.

The US headline quarterly GDP figure estimates how much it would have grown if extrapolated over a whole year so is not directly comparable with UK statistics showing growth rates from one quarter to the next.

A first estimate of Britain’s second quarter growth is due to be published next month.