Waikato veteran planemaker Pacific Aerospace has been put into full liquidation after a spell under interim liquidators.

The affairs of the Hamilton-based company, which was put into interim liquidation on February 12, are now in the permanent hands of Steven Khov and Kieran Jones of Khov Jones.

“We are continuing to engage with interested parties as we progress the liquidation at this stage,” said Khov.

The light aircraft maker and exporter employs around 100 people at its base beside Hamilton airport, where legacy entities have been turning out planes since 1949.

The application to wind it up was made by US aviation services company International Aviation Support, which said it was owed $1.3 million.

Associate judge Peter Andrew last month said the appointment of an interim liquidator was justified because the company’s assets were in jeopardy.

Interim liquidator Steven Khov of Khov Jones told the Herald at the time such appointments were not the norm. The job was to step in and ensure assets and their value are preserved. An interim liquidator had the same powers as a liquidator.

In his judgment, Andrew noted the company’s main asset was its intellectual property to design and manufacture aircraft and the ability to use that asset was wholly reliant on Civil Aviation Authority certification.

The CAA has since extended its decision not to revoke the planemaker’s certifications.

The company has more than 300 aircraft in operation around the world and has supplied aircraft to around 80 per cent of the topdressing industry.

If the CAA revoked its organisational certificates due to its insolvency, those aircraft could be grounded.

The company’s obligations to its customers also include supplying essential spare parts.

Pacific Aerospace chief executive Mark Crouch has said the company was brought down by Covid-19 cancellation of aircraft orders, which led to the decision of its shareholders to exit.

Crouch has expressed hopes of a sale. Khov has said the liquidators were talking to a number of parties.

Many of Pacific Aerospace’s staff are skilled and experienced aviation builders and designers who’ve been with the company a long time.

Pacific Aerospace Ltd was incorporated in 2006.

It entered a joint venture in 2016 with BAIC International, a Hong Kong-based subsidiary of China state-owned juggernaut Beijing Automotive.

At the time, Camp said the deal was a game-changer for a $30 million annual revenue company that had been “pottering along”.

Camp hoped the joint venture would see Pacific Aerospace become one of the world’s most successful general aviation aircraft companies, doubling its staff within 10 years, and at home in the Waikato, rolling out up to 40 aircraft a year. 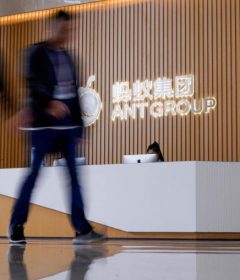