(Reuters) – U.S. stock indexes fell sharply on Thursday as the swift spread of the coronavirus in the United States led California to declare an emergency, while airline stocks were hammered by crippled travel demand.

The S&P 500, which fell almost 12% last week, its worst since the 2008 financial crisis, had recovered some poise as Joe Biden’s surge in the Democratic primaries distracted traders from the widening impact of the virus.

The benchmark index, however, is still about 9% below its record close on Feb. 19 and fears about the economic fallout remain at the forefront of investors’ minds.

The U.S. death toll from the outbreak rose to 11 and California reported the first fatality outside Washington state, a day after lawmakers approved an $8.3 billion bill to combat the outbreak.

“With bonds surging and yields at historic lows, concerns are we will get some kind of economic slowdown and it may be worse than initially factored in,” said Andre Bakhos, managing director at New Vines Capital LLC in Bernardsville, New Jersey.

The benchmark U.S. Treasury yield hit a record low as traders bet on further monetary easing after an emergency interest rate cut by the Federal Reserve earlier this week.[US/]

Cruise operators Carnival Corp, Royal Caribbean Cruises and Norwegian Cruise Line Holdings sunk between 10.5% and 13.3% as health officials screened people on a ship linked to the death in California.

All the major S&P sectors were in the red with technology stocks and interest-rate sensitive financials sector weighing the most on the benchmark index.

Recent data have signaled underlying strength in the domestic economy. Official figures on Thursday showed weekly jobless claims fell last week. All eyes will now be on the crucial non-farm payrolls report due on Friday. 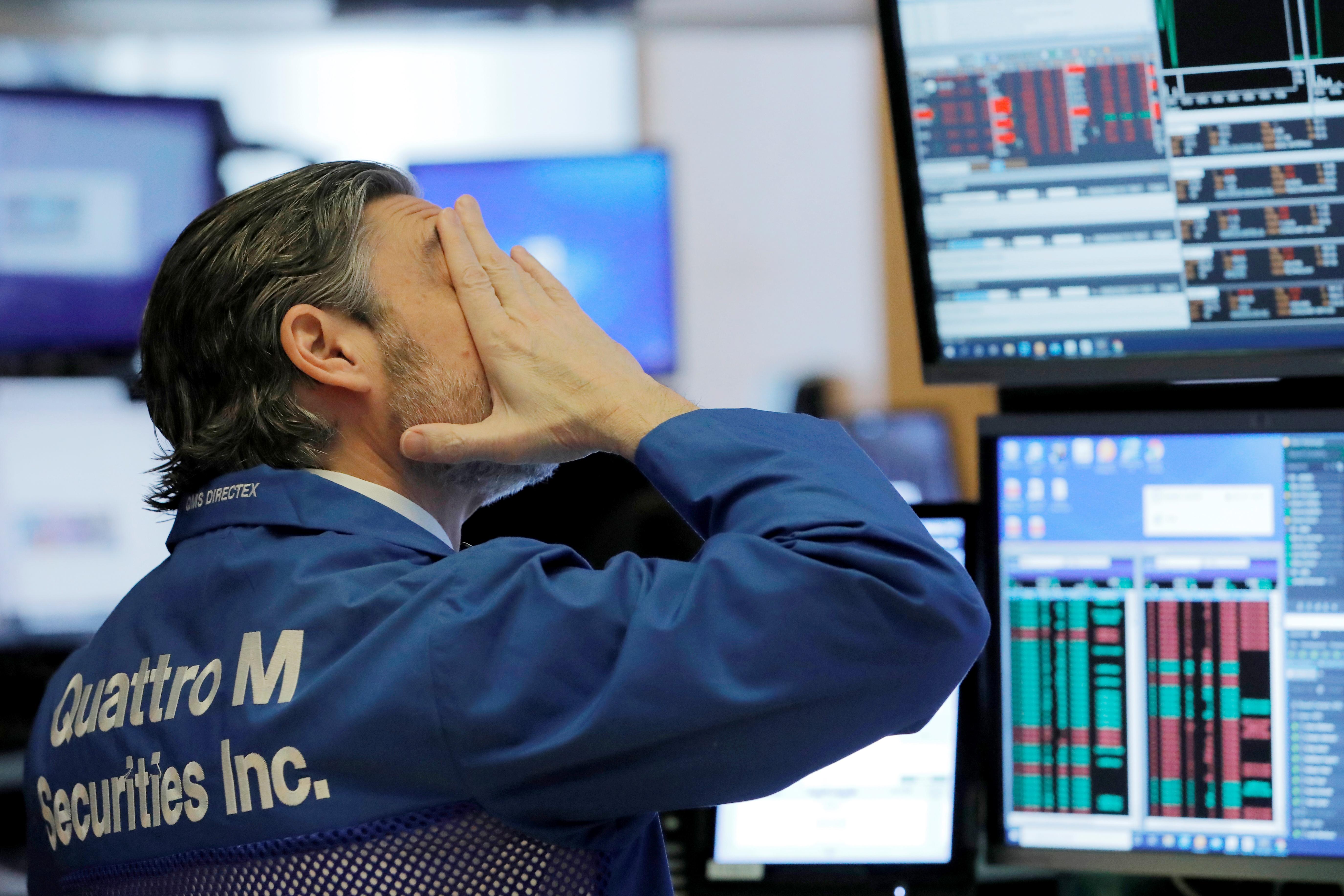 Xerox Holdings Corp’s fell 4% and HP Inc 0.1% after the personal computer maker rejected a raised takeover bid of about $35 billion.