A tax on the net worth of America’s wealthiest individuals remains popular with voters, but has yet to be embraced by President Biden. 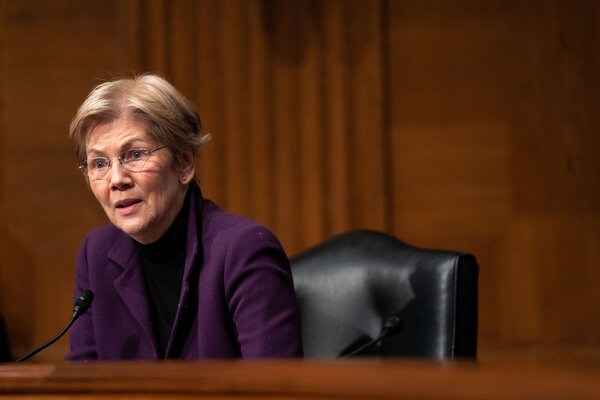 WASHINGTON — Senator Elizabeth Warren, Democrat of Massachusetts, plans to introduce legislation on Monday that would tax the net worth of the wealthiest people in America, a proposal aimed at persuading President Biden and other Democrats to fund sweeping new federal spending programs by taxing the richest Americans.

Ms. Warren’s wealth tax would apply a 2 percent tax to individual net worth — including the value of stocks, houses, boats and anything else a person owns, after subtracting out any debts — above $50 million. It would add an additional 1 percent surcharge for net worth above $1 billion.

The proposal, which mirrors the plan Ms. Warren unveiled while seeking the 2020 presidential nomination, is not among the top revenue-raisers that Democratic leaders are considering to help offset Mr. Biden’s campaign proposals to spend trillions of dollars on infrastructure, education, child care, clean energy deployment, health care and other domestic initiatives. Unlike Ms. Warren, Mr. Biden pointedly did not endorse a wealth tax in the 2020 Democratic presidential primaries.