Most trading takes place in short bursts anyway, with the final half-hour of trading accounting for nearly a quarter of daily volumes, according to the WSJ. Many attribute this to automated trading strategies, and algorithms that trigger transactions in nanoseconds won’t be affected if an hour or two is cut from the trading day.

Think of the people. Proponents of trimming European market hours cited the mental health and well-being of traders as justification. In today’s turmoil, the stresses on investors are dangerous for both them and the assets they manage, as Paul Donovan of UBS says:

“As people become more isolated, they may obsess more about social media. Social media is a super-spreader of fear. It confirms biases (the ‘echo chamber’). That could mean investors and financial market professionals may be less rational and less efficient when working in isolation.”

Can you design a better bailout?

Government lifelines to hard-hit businesses are on people’s minds across the world. Both the list of those seeking financial aid and the amounts requested keep growing — and the pressure is rising for policymakers to demand that more strings be attached.

Boeing said the aerospace industry needed at least $60 billion to help it cope. New York’s M.T.A., which runs the subways, is looking for $4 billion from the federal government after ridership plunged as much as 60 percent. And, as we have covered in recent editions, the airlines are seeking a $50 billion rescue package.

“Bailouts” for ordinary Americans are also gaining favor — at left-leaning think tanks and free-market ones alike.

Senator Elizabeth Warren published a list of demands for companies that receive federal assistance, including forcing them to keep employees on the payroll, permanently banning stock buybacks and making C.E.O.s personally liable for their companies’ compliance.

Steve Pearlstein of the WaPo has other demands, including limiting executive compensation to $2 million and authorizing the Small Business Administration to guarantee loans from private lenders — but making sure those banks bear the first loss of any defaults.

Readers, what would you demand from a bailout package? Send us your thoughts, and we may highlight them in a future newsletter.

Keeping everybody at home is not a boon for TV profits

But the benefits of a bigger-than-usual audience may be short-lived. If a deep recession leads people to cut back on expenses, they may drop cable packages and pare down their streaming subscriptions.

The loss of live-sports programming is a pivotal moment for channels owned by Disney, AT&T, ViacomCBS and others, since it generates billions of dollars in advertising and underpins pricey cable subscriptions. Ed put it this way to DealBook:

“Media giants are staring down the disappearance of the delicate ecosystem that protects their business: live events. Now, the very structure of the industry is now in doubt.”

The week so far in pictures

With more countries imposing self-isolation to slow the spread of the pandemic, here’s a look at what’s happening — or, more precisely, not happening — around the world.

• SoftBank may not go through with a plan to buy up to $3 billion worth of shares in WeWork, including those owned by the company’s co-founder, Adam Neumann. (NYT)

• Volkswagen insists that it still wants to move ahead with its $2.9 billion takeover of the trucking company Navistar — but it also wants to conserve cash. (Reuters)

• Gray Television reportedly withdrew its $8.5 billion takeover bid for the local TV station company Tegna over concerns about the impact of the coronavirus. (Reuters)

• Facebook plans to give all its employees $1,000 payouts and ratings of “exceeds expectations” for their upcoming six-month performance reviews. It’s also offering $100 million in cash and advertising credits to small businesses affected by the coronavirus. (The Information, Business Insider)

• Amazon is temporarily limiting shipments of some goods to its warehouses to prioritize medical supplies and household staples. (NYT)

• An internal memo from Google employees reportedly accuses the company of not doing enough to help contract workers during the crisis. (Business Insider)

• If you’re facing financial stress right now, here are our colleagues’ tips for how to cope. (NYT)

• “We’re not going back to normal” (MIT Tech Review) 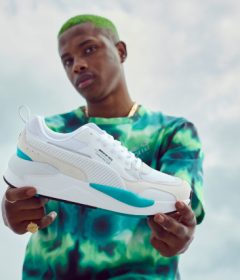 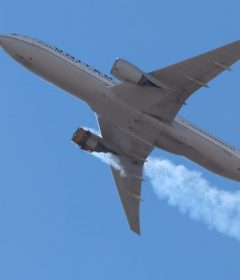 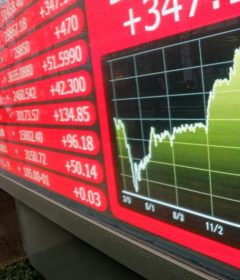 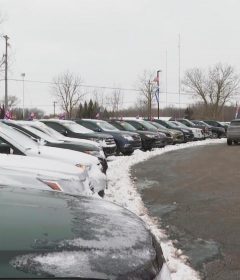