Home » Business » What is Robinhood Worth? 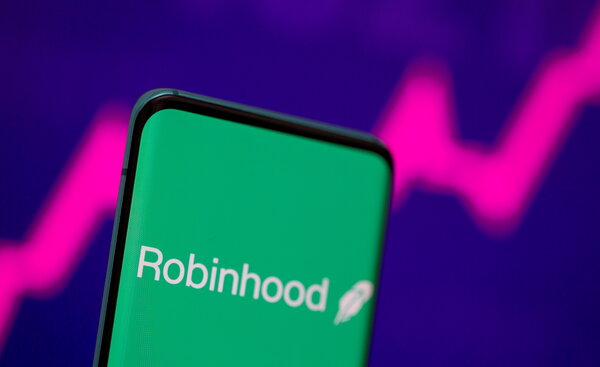 Is Robinhood worth $32 billion?

Robinhood, the investing app, begins trading today, after its highly anticipated initial public offering priced at $38 a share last night. That was at the low end of the range bankers set for the deal, adding extra intrigue to the company’s first day of trading. Even so, Robinhood’s I.P.O. raised $1.9 billion from investors, valuing the eight-year-old firm at nearly $32 billion.

Is Robinhood really worth that much?

The numbers tell only part of the story. Robinhood has 22.5 million accounts, but they are far smaller, on average, than rival Charles Schwab’s, with a balance of $4,500 versus $200,000. Not captured in those numbers is that Robinhood’s customers, with an average age of 31, are far younger than rival brokers’ typical clientele. If Robinhood can retain its young customers through to retirement, or better yet convert them into credit card or banking customers, as Robinhood says it wants to, those accounts could be worth a lot more over time.

“Robinhood has something no one else has: 22.5 million youngsters,” said Thomas Peterffy, who founded Interactive Brokers in the 1970s. “That’s huge.”

Institutional investors are wary, and many sat out of the I.P.O. DealBook has been speaking with investment firms big and small, and a common view is that $32 billion is high, especially considering Robinhood still faces various investigations and lawsuits tied to its business model that, because it charges no commissions, attracts and, some say, encourages traders to take huge risks in the market.

“There are a lot of red flags,” said David Erickson, who used to run equity underwriting at Barclays and now teaches at Wharton. “This is as far from a ‘must own’ for most big institutional investors as you can get.”

But leaving Wall Street befuddled is part of Robinhood’s story. The app is a disrupter that pledges to democratize finance. As part of its I.P.O., Robinhood sold as much as a third of the shares directly to its customers through its app. Whether these investors hold onto, buy more or quickly dump the stock is the biggest question when it opens for trading today. Hordes of retail investors banded together on Robinhood to stoke the meme-stock frenzy, turning the app into the stock market’s equivalent of David’s slingshot. Many of those same investors will ultimately decide whether Robinhood’s own stock will strike another perceived blow for the proverbial little guy.

It’s hard to get a read on the mind-set of millions of retail investors, but we did the next best thing and spoke with Jaime Rogozinski, the founder of Reddit’s stock market discussion board WallStreetBets, where many meme-stock traders gather to talk strategy. Catch up on the news below and then read on for the Q&A.

A bipartisan infrastructure deal passes a crucial hurdle. The Senate agreed in a 67-to-32 vote to advance the proposal, which includes $550 billion in new spending on physical infrastructure like roads and bridges. Instead of raising taxes, it would largely be funded by repurposing money from pandemic aid legislation.

Could Didi go private again? The ride-hailing company is considering it, The Wall Street Journal reports, only a month after its newly listed shares in New York tanked on a data-security inquiry abruptly announced by Beijing. Didi’s shares jumped in premarket trading, but gave up some gains when the company denied the news. Chinese officials held a call with Wall Street investors last night to ease concerns about the regulatory crackdown on firms with foreign listings, The Financial Times reports.

The Fed debates when to taper its bond-buying program. After its meeting yesterday, the central bank did not announce any policy changes, but hinted that it would dial back its emergency support for the economy in the near future. The first step would be to slow its $120 billion-a-month bond purchases, which economists expect this year or early next.

Credit Suisse publishes a damning report on risk management failures. The Swiss bank failed to act on warning signs that its exposure to Archegos, a family office that blew up in March, had breached internal exposure limits. The 165-page report, published today alongside downbeat quarterly earnings, details how the bank ended up losing more than $5 billion on Archegos trades. It said it would punish those responsible by docking their pay.

Jared Kushner plans to launch an investment firm based in Miami. Former President Donald Trump’s adviser and son-in-law will also reportedly open an office in Israel to pursue investments in the region, Reuters reports. His younger brother, Josh Kushner, is the founder of the venture capital firm Thrive Capital.

Will WallStreetBets go all in on Robinhood’s I.P.O.?

Jaime Rogozinski, the founder of Reddit’s WallStreetBets, knows as well as anyone what Robinhood’s traders think of Robinhood, both as an app and a potential investment. Rogozinski, a technology consultant in Mexico City, stopped moderating the message board last year (amid much drama, befitting the frenzied forum), and is now a consultant to WSB DApp, which is creating tradable tokens-based cryptocurrencies. The interview has been edited and condensed.

Is Robinhood a meme stock?

It’s impossible to tell what will be a meme stock until it becomes one. That said, Robinhood does have a lot of traits that could make it susceptible to becoming one, namely a company people frequently engage with and a quirky C.E.O.

Is the WallStreetBets community bullish on Robinhood’s prospects?

With regards to whether it is bullish or not, it’s clear there’s a vocal portion of the community that is still upset about what happened with GameStop and are ignoring Robinhood rather than rewarding them. I don’t believe this will last long given how quickly everyone forgot about Robinhood’s complete outages last year during some of the most volatile days in stock market history.

Do you think the company is worth $32 billion?

I’m the last person you want to ask about fundamental analysis. I know Robinhood is a solid company with very solid financials, and they continue to innovate.

Robinhood has done a good job attracting first-time investors. Do you think they’ll stick with it?

Yes. So many first-time investors have stuck with them forever, through lots of growing pains, and they still love it. Robinhood continues to improve its product offering and keep on the cutting edge of disruption, like delving into private investments and crypto. Most of all, people can’t get enough of the easy-to-use interface.

Do you trust Robinhood to put its customer’s interests first?

Yes. Aside from being terrible at communicating it, I believe Robinhood has always had the customers’ best interests in mind. Their business relies on trust, and with other brokers keeping competition healthy, Robinhood needs to stay on its toes.

“In the coming years, I expect people will transition from seeing us primarily as a social media company to seeing us as a metaverse company.”

— Mark Zuckerberg of Facebook, which yesterday reported a doubling of quarterly profit. Facebook has been building a “metaverse” product team in its virtual reality division to work on a next-generation computing platform.

A flurry of announcements about delayed office reopenings, stricter mask policies and vaccine mandates have made it seem like we are in an earlier stage of the pandemic, rather than a year and a half into it. The highly contagious Delta variant of the coronavirus is to blame.

A number of companies have said they are delaying return-to-office plans. Google said it would delay its official return date to mid-October, from September. Lyft said it wouldn’t ask employees to return to the office until February, instead of September. Two weeks after Twitter opened its offices in New York and San Francisco, it said it would close them — and pause reopenings elsewhere — “in light of current conditions.”

More companies are imposing Covid vaccine mandates, most likely helped by the cover provided by government departments making it mandatory for their workers. Today, President Biden is expected to announce that all civilian federal employees should get vaccinated or be forced to submit to regular testing, social distancing, mask requirements and restrictions on travel. Facebook and Google said yesterday that employees who return to their offices must be vaccinated, policies that apply to tens of thousands of workers.

Retailers are back in the spotlight with new C.D.C. guidelines on wearing masks indoors, even for the vaccinated. The guidance is forcing them to reconsider policies on face coverings for customers and employees, a fraught exercise. Apple said yesterday it would require employees and customers to wear masks in more than half of its U.S. stores. Other retailers are wary of reimposing mask requirements months after dropping them. “You have a set of retailers who have evaluated the data and the information and are coming to the conclusion that they’ve already made the change that they’re going to make, and they’re not planning on going back,” said Joel Bines of the consulting firm AlixPartners.

Publix, which has more than 1,000 stores across the South, said it was “reviewing the updated C.D.C. guidance.” Starbucks and Chipotle still allow customers to enter their locations without wearing a mask, according to their websites. Kohl’s, Macy’s, Target and Walmart and did not have any immediate comment.

Read more: “Delta Variant and Rise in Cases Has New Yorkers ‘Scared All Over Again’”

SoftBank is reportedly selling a big part of its stake in Uber, as it wrestles with losses elsewhere in its portfolio. (FT)

Citizens Financial agreed to buy Investors Bancorp in a $3.5 billion deal, the latest in a series of deals among regional lenders. (WSJ)

A group of investors led by Volkswagen proposed to buy the car-rental company Europcar for $3.4 billion. (Reuters)

The S.E.C. may compel companies to disclose climate-change risks to investors in regulatory filings. (WSJ)

Remington, the gun manufacturer, offered a $33 million settlement to families of the victims in the Sandy Hook school shooting. (CNN)

Lina Khan, the F.T.C. chair, told Congress that online platforms were partly to blame for an increase in fraud during the pandemic. (WSJ)

Life after gold: How former Olympians applied lessons from the Games to other challenges in life. (WaPo)

Former Google employees say that when they spoke up about discrimination, they were referred to health counseling programs. (NYT)

The Ever Given, which clogged the Suez Canal, finally made it to Rotterdam. (WSJ)

We’d like your feedback. Please email thoughts and suggestions to dealbook@nytimes.com.