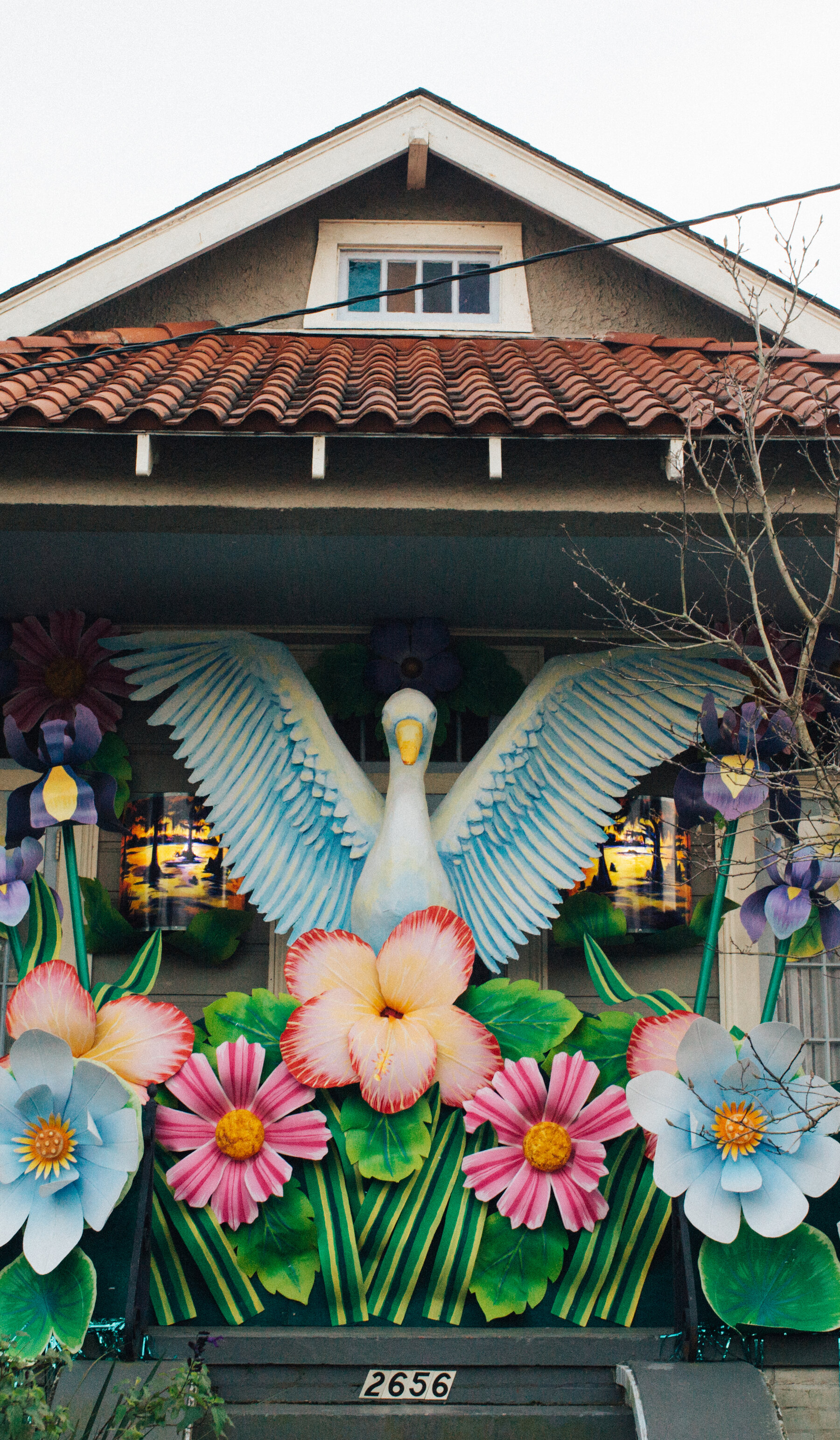 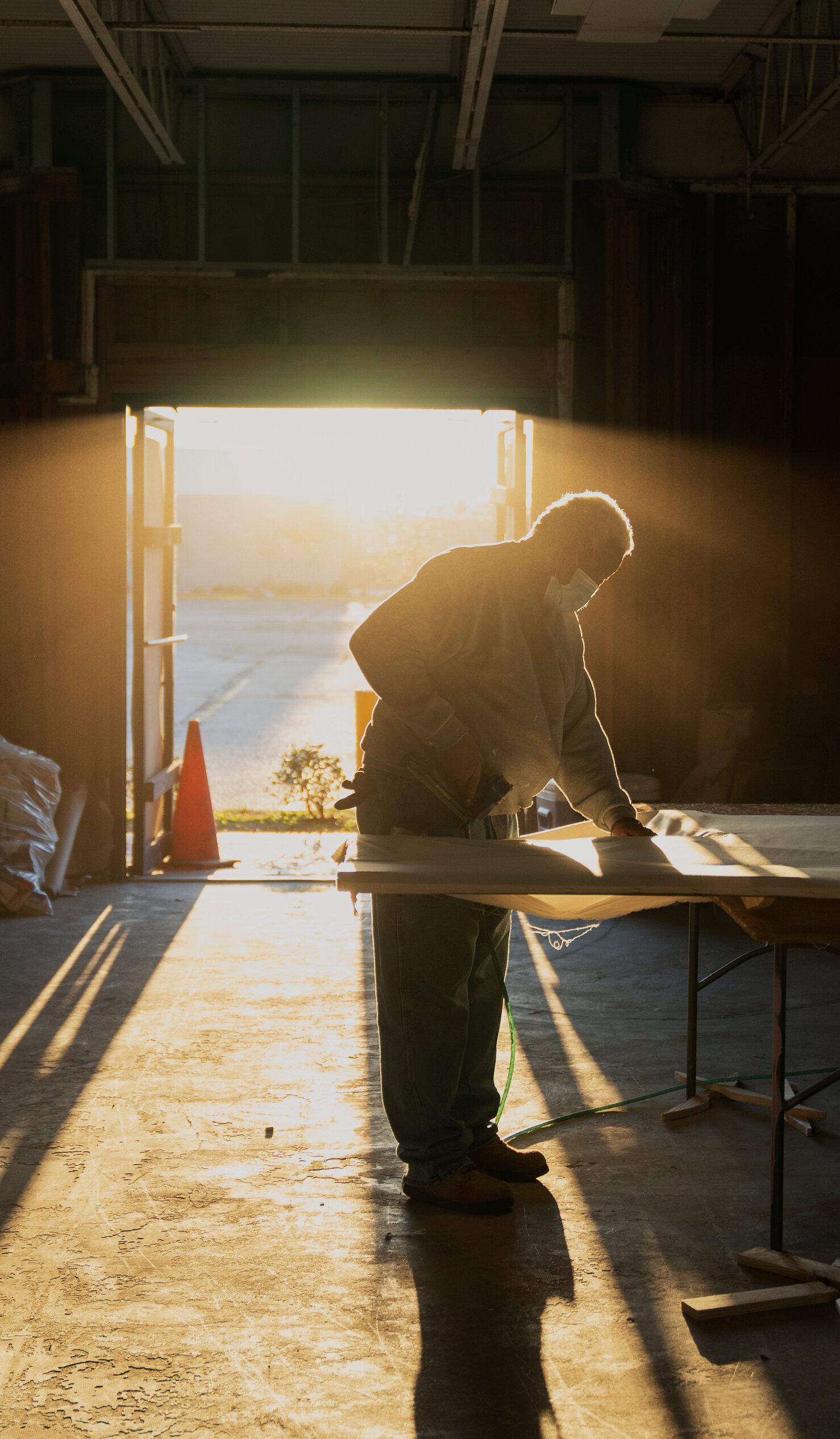 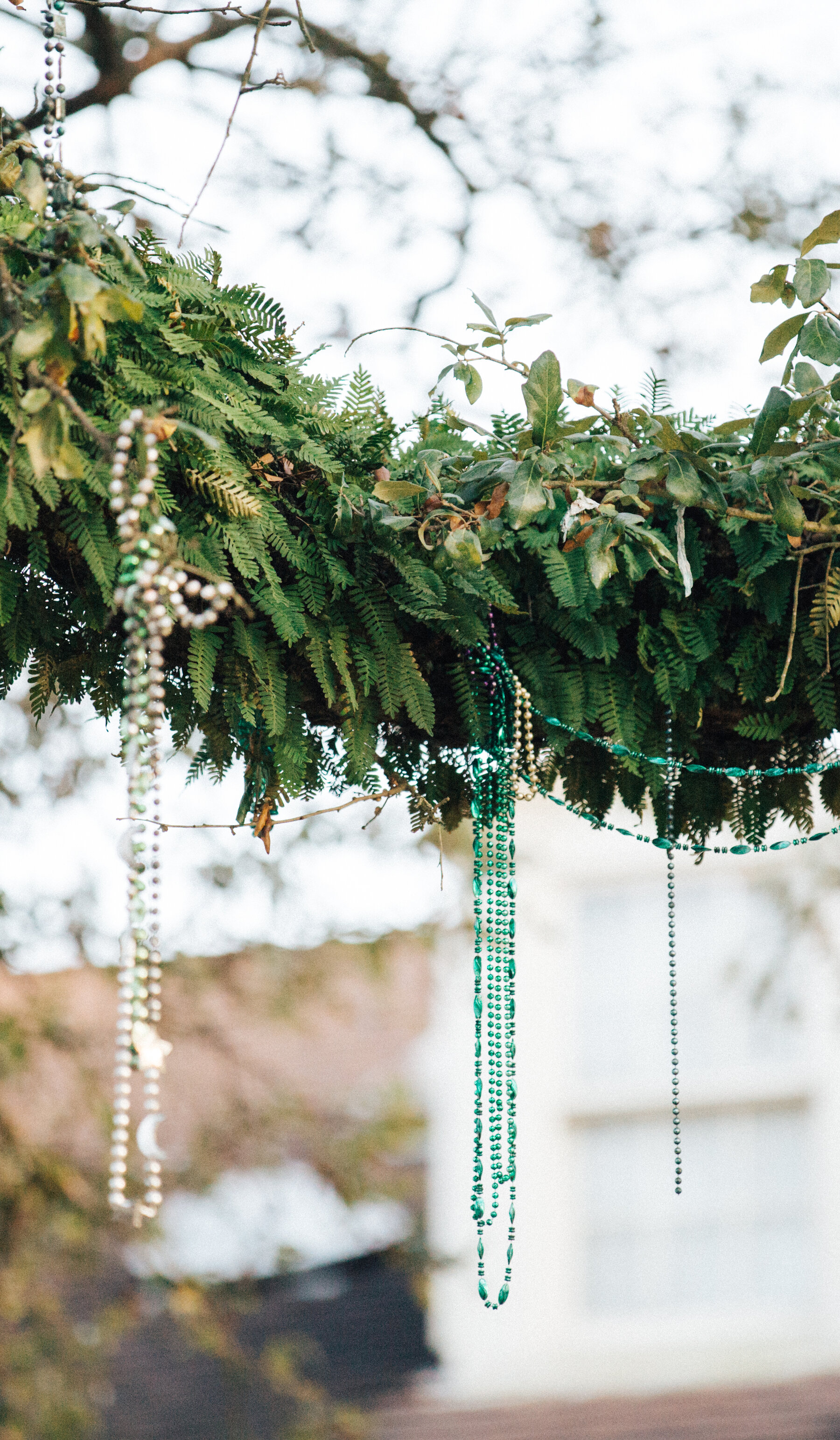 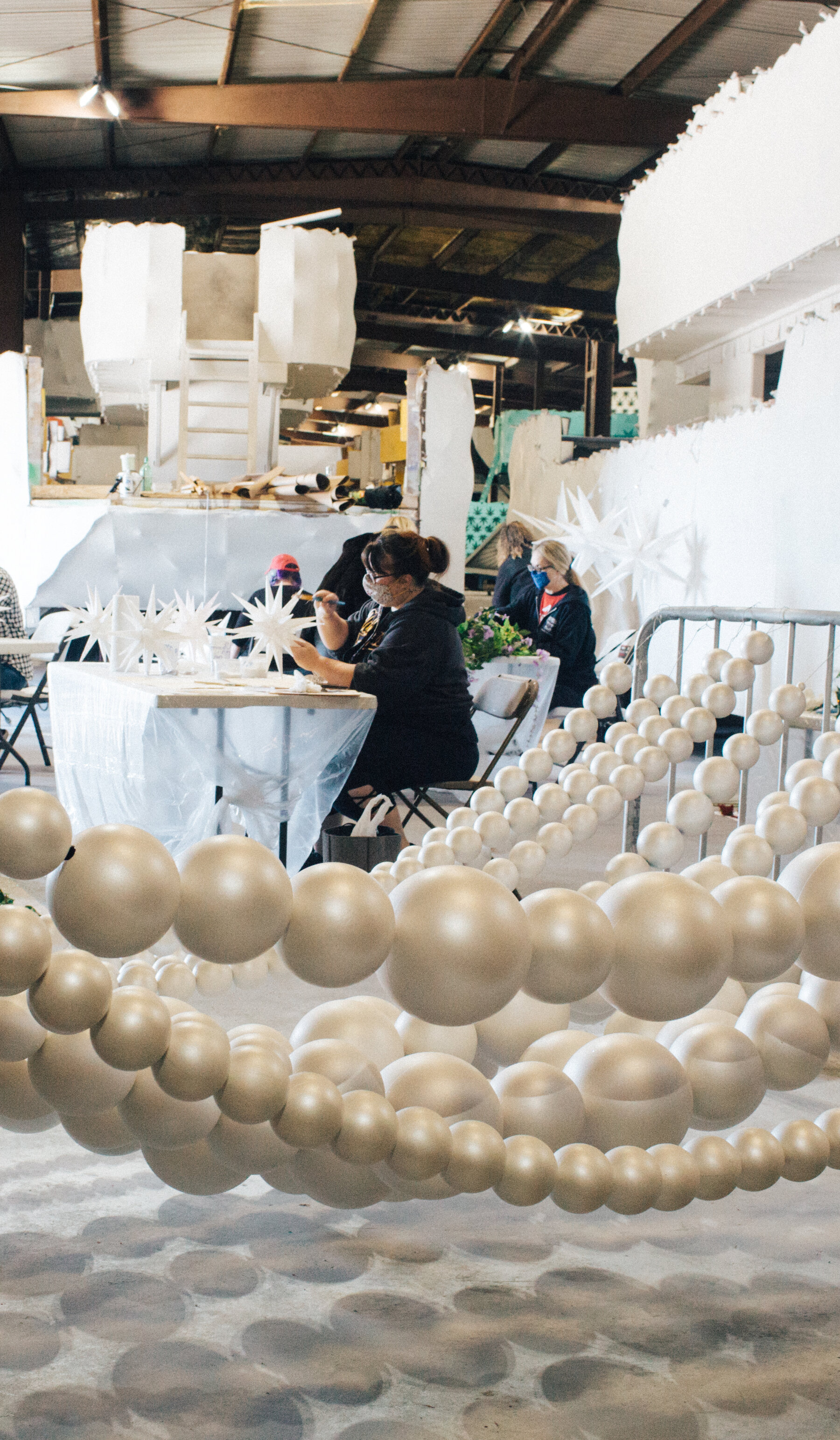 Homes in New Orleans are decorated for a markedly different Mardi Gras, one defined by the pandemic.

With virus cases rising and falling and rising in the last year, artists who normally design elaborate parade floats were forced to change their tradition.

Bars are closed. Parades are canceled.

But with the help of local organizations, these artists are finding a way to keep the celebration going.

By Annie Flanagan and Akasha Rabut

NEW ORLEANS — The sunset streamed through the warehouse windows where René Píerre carved float props out of Styrofoam, carefully adding details to dozens of decorations for this year’s Mardi Gras celebration on Tuesday.

Mr. Píerre owns Crescent City Artists and has worked as a Mardi Gras float artist for 34 years. But he needed to figure out a new way of doing things this time. Parades were canceled by the city to prevent large crowds from gathering, so he and other celebrants decided to build floats in front of people’s houses instead.

It was mid-January, and with just weeks to go before the celebration, Mr. Píerre’s clothes and hands were covered in paint. Two float artists he mentors and a veteran float carpenter worked alongside him. “I’m running on fumes now,” Mr. Pierre said. 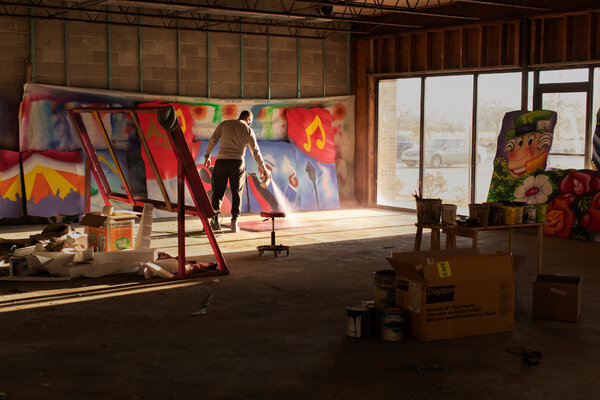 Mr. Píerre wasn’t sure the celebration would happen at all.

As the coronavirus spread, tourism was one of the first activities to disappear. That is no more evident than during the Mardi Gras season, which typically brings in millions of dollars to New Orleans starting every year.

The loss of parades is both financial and spiritual. Since the first Mardi Gras in New Orleans in 1857, elaborate floats have paraded through the city on the last Tuesday before Lent. Thousands of people fill the streets, and marching bands and dance teams come from all over to perform, their horns and drums echoing off buildings. Social clubs and groups of artists and organizers — that go by names like the Krewe of Orpheus and Krewe of Muses — spend practically every month of the year preparing floats and celebrations.

But not this time. Marching bands will not march. Bars throughout the city are closed. When parades were canceled, dozens of float artists and carpenters were laid off.

But the city was not ready to give up. Soon after the cancellation was announced, one woman, Megan Boudreaux, said on Twitter: “It’s decided. We’re doing this. Turn your house into a float and throw all the beads from your attic and your neighbors walking by.”

The idea took off, and krewes like Muses and Red Beans began working on homes almost immediately.

Ms. Boudreaux, formed the Krewe of House Floats, which is keeping track of the number of installations that they and others have been building around town. There are roughly 3,000 house floats in the greater New Orleans area.

“I think it just really speaks to how desperate people have been for something positive to look forward to,” said Ms. Boudreaux. “It doesn’t matter if your budget is zero and you’re recycling cardboard boxes, or whether your budget is tens of thousands of dollars and you’ve got a mansion on St. Charles. We want everyone who wants to do this to participate.” 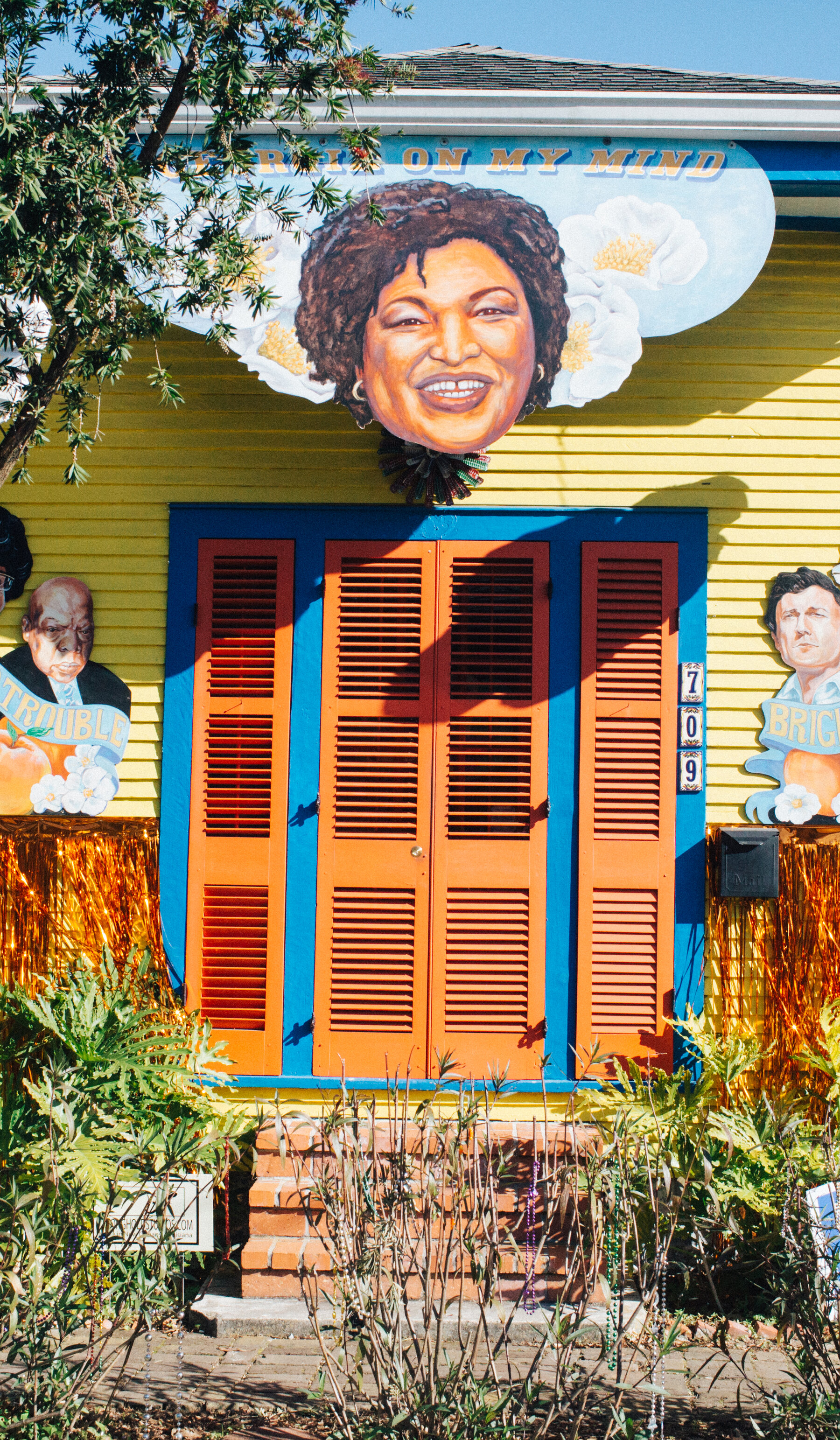 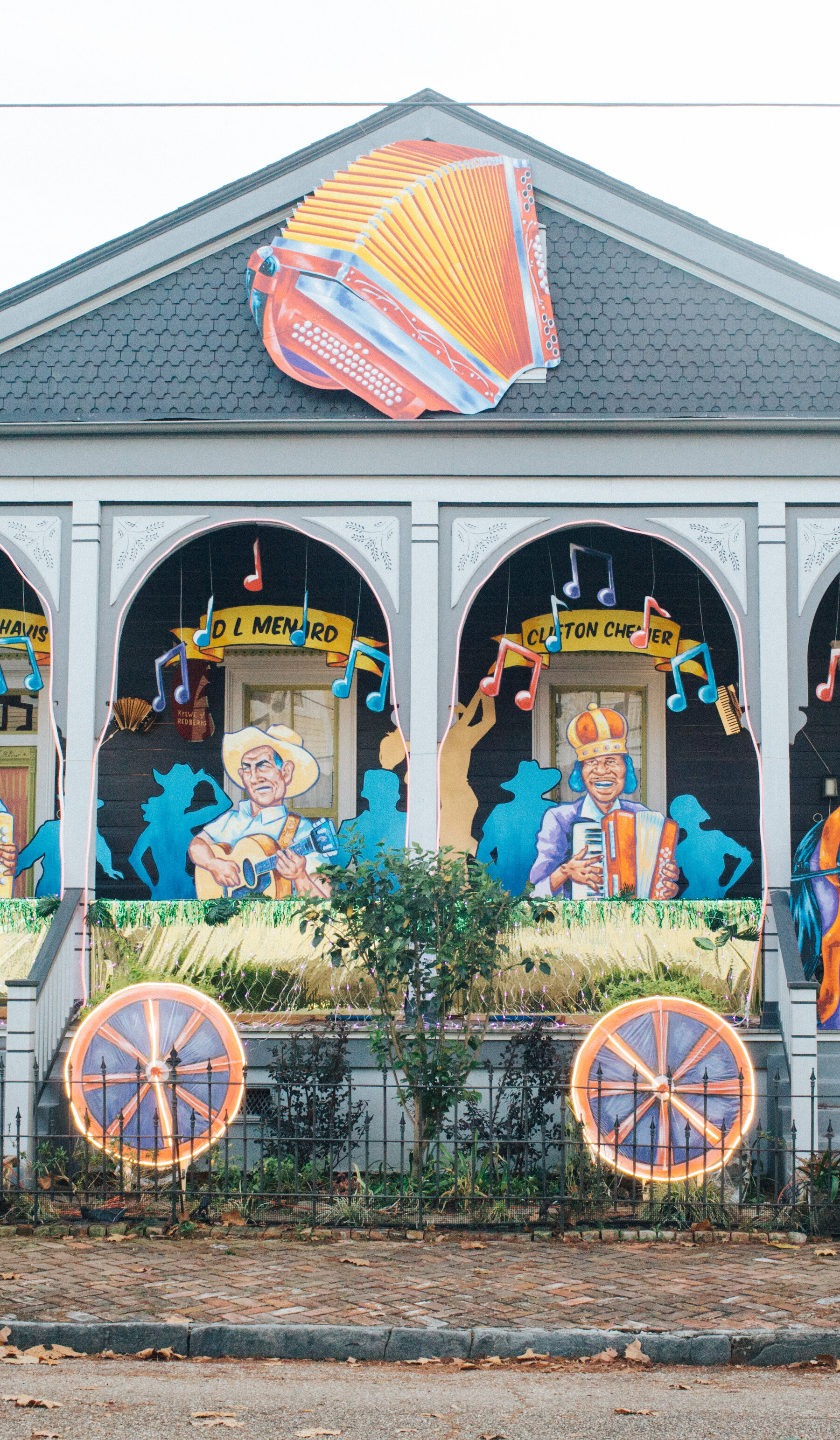 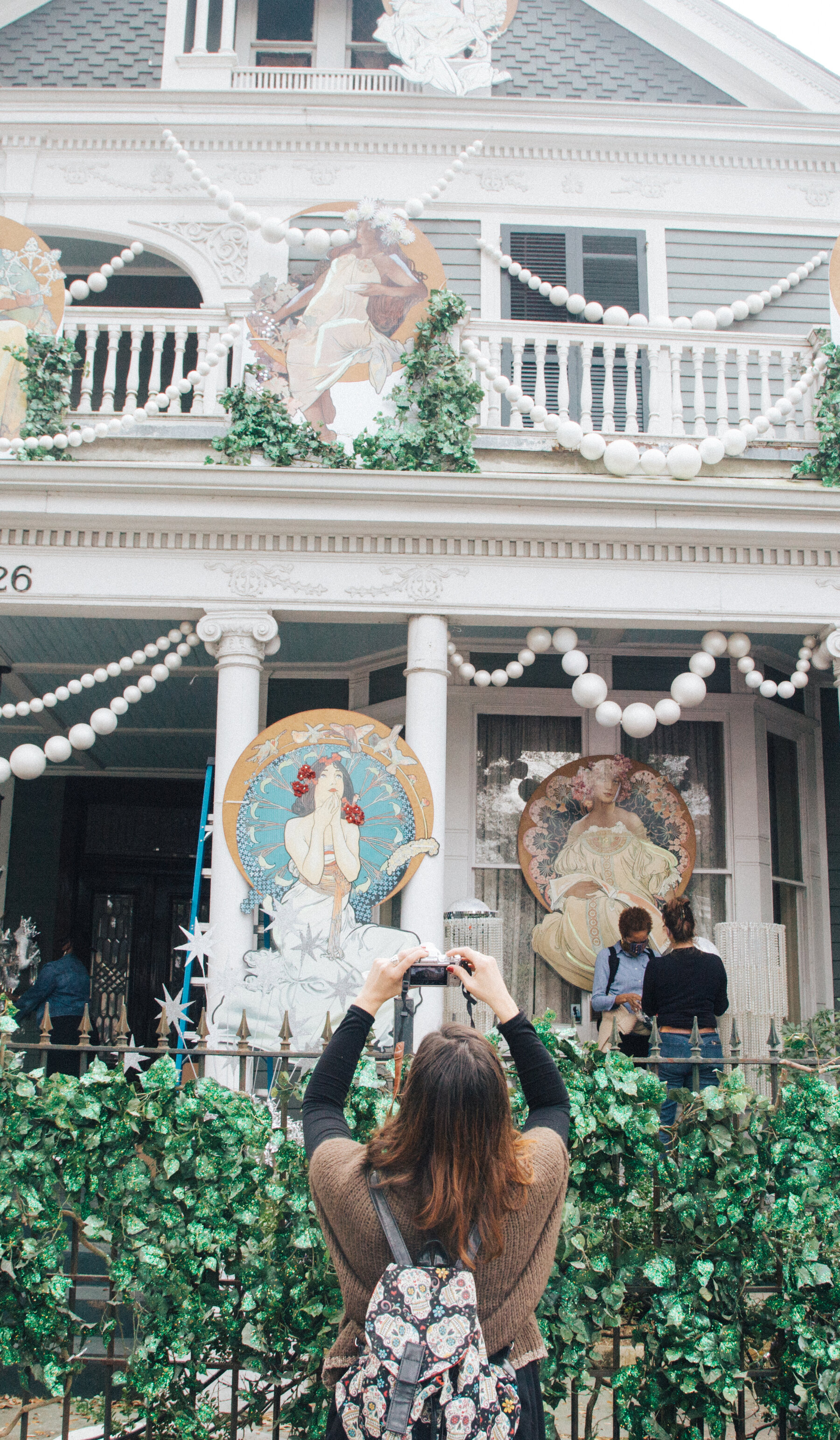 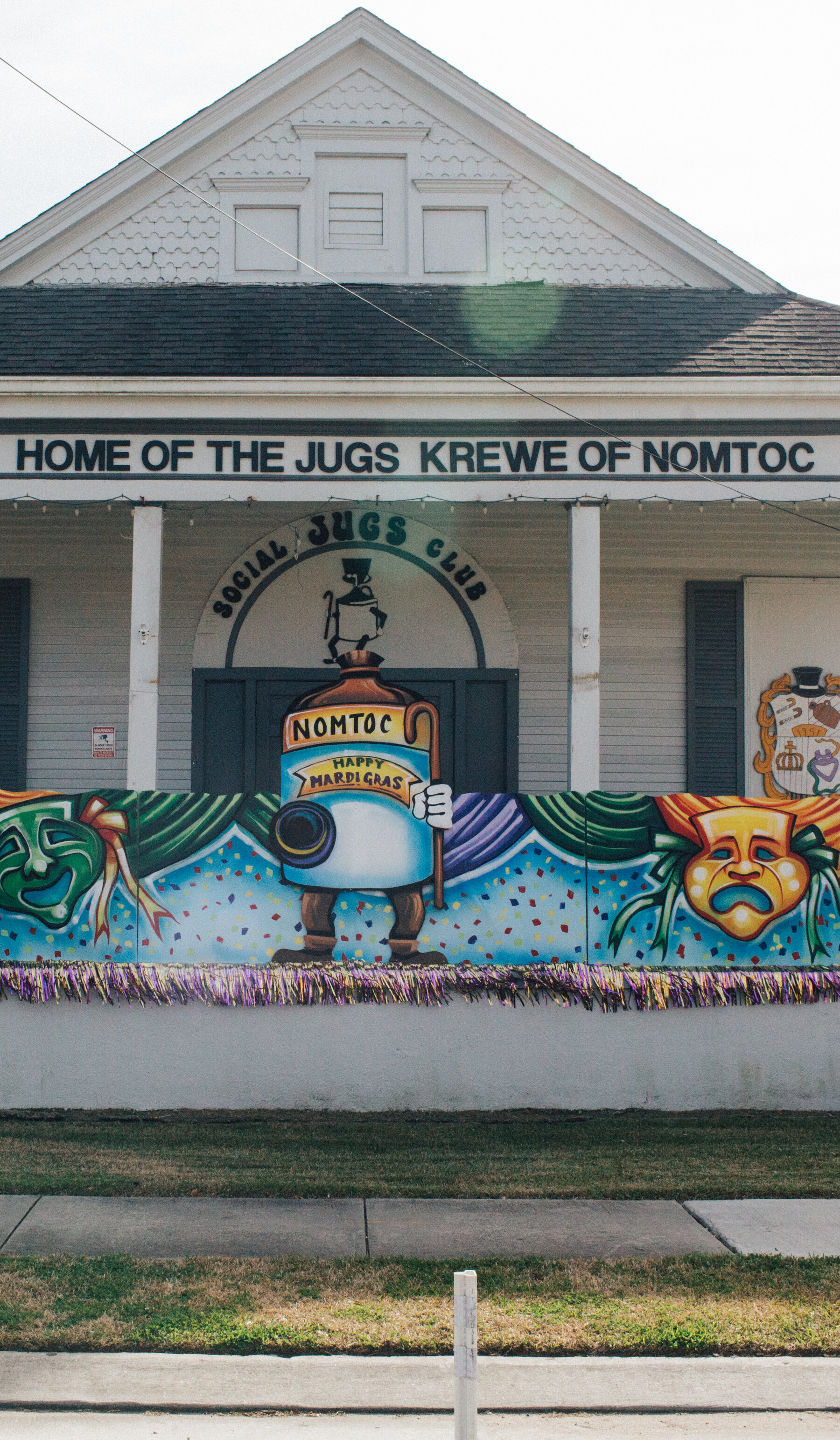 Floats have a history of incorporating national political figures.

They also incorporate imagery of musicians and well-known local figures.

And some are created to represent the identities of the groups that organize Mardi Gras celebrations, like Muses, the largest female-only krewe …

… and the Krewe of Nomtoc, an all-male African-American organization that parades.

Krewe of Red Beans has been providing meals to frontline workers and finding work for jobless artists. It says it has raised nearly $300,000 and created nearly 50 jobs so far for one of its programs, Hire a Mardi Gras Artist.

“It’s so New Orleans to take a bad situation and turn into a positive,” said Kelli Starrett, who had Mr. Píerre install a float at her home. “We’re not going to have parade? OK, we’ll decorate houses, and we’ll find a way to employ artists and raise money for charity. This speaks to the resiliency of the people in the city.”

This year’s floats won’t all be celebratory. Some will pay tribute to members of the Mardi Gras Indians, known for their elaborate hand-sewn suits, who have died. The community is Black, and its traditions are rooted in African culture.

As it did in other parts of the country, the virus battered Black households in New Orleans, and Black patients accounted for over three-quarters of those hospitalized around the city with Covid-19 last spring.

Five house floats, all within a matter of blocks, will each feature an eight-foot portrait of a Mardi Gras Indian who died.

His wife, Inez, had already lost her job as a mental health specialist when the parades were canceled in late November. “We were trying to find work that would be safe for us to do to survive,” Inèz said.

But while the parades couldn’t go on, the floats could. Mr. Píerre began to offer to build house floats for others. “The light bulb went off,” he said. “That’s our ticket out.”

With just less than a month to go before Mardi Gras, three of Mr. Píerre’s employees squeezed into a U-Haul truck and crisscrossed the city to build installations. Mr. Píerre has worked on 60 house floats in greater New Orleans.

At a house with a float dedicated to the performer Dolly Parton, Inez Píerre leaned on the fence and watched as workers put large painted panels in place.

“Sometimes I have to sit and think about how easily tradition changes,” she said. “We’re a part of it; our names are down in the books. This is a dream come true.”

Annie Flanagan and Akasha Rabut are photographers based in New Orleans.