10 things you need to know about the Russia report

A long-awaited parliamentary report into Russian interference in UK politics has finally been released. So, what does it say?

Prior to the publication of the Intelligence and Security Committee’s report, some were expecting explosive findings on whether Russia interfered in the 2016 EU referendum.

That wasn’t the case. 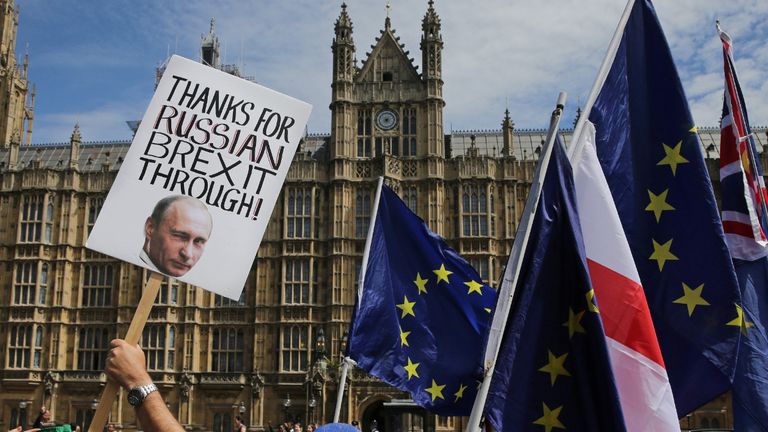 The committee acknowledged that there have been “widespread public allegations” that Russia sought to influence the Brexit vote.

But they judged that “the impact of any such attempts would be difficult – if not impossible – to assess” and so they did not seek to do so.

Instead, the committee noted how MI5 initially provided them “just six lines of text” when they requested written evidence.

They ruled this was “indicative of the extreme caution” that the UK’s intelligence and security agencies had at the thought they might have any role in relation to the UK’s democratic processes, and “particularly one as contentious as the EU referendum”.

“This attitude is illogical; this is about the protection of the process and mechanism from hostile state interference, which should fall to our intelligence and security agencies,” the committee said.

They called for the UK’s intelligence and security agencies to produce their own assessment of Russian interference in the EU referendum and to publish their findings.

The government has rejected the call.

It said it has “seen no evidence of successful interference in the EU referendum”.

The committee said there was “credible open source commentary” to suggest that Russia sought to influence the Scottish independence referendum in 2014.

But they said it was only after Russia completed a “hack and leak” operation on Democratic Party emails in the US – which occurred a month after the Brexit vote in 2016 – that the government “belatedly realised the level of threat” from Moscow in this area.

The committee said it appeared UK intelligence and security agencies “did learn lessons from the US experience” and the UK government then “recognised the Russian threat to the UK’s democratic processes and political discourse”.

The committee judged that the UK is “clearly a target” for Russia disinformation campaigns and attempts at political interference.

However, they said that the UK’s intelligence and security agencies “do not view themselves as holding primary responsibility for the active defence of the UK’s democratic processes from hostile foreign interference”.

The committee added the agencies “appeared determined to distance themselves from any suggestion that they might have a prominent role in relation to the democratic process itself”.