A top ally of President Biden’s has major responsibilities as the clock ticks on the White House’s agenda and bipartisanship proves elusive. 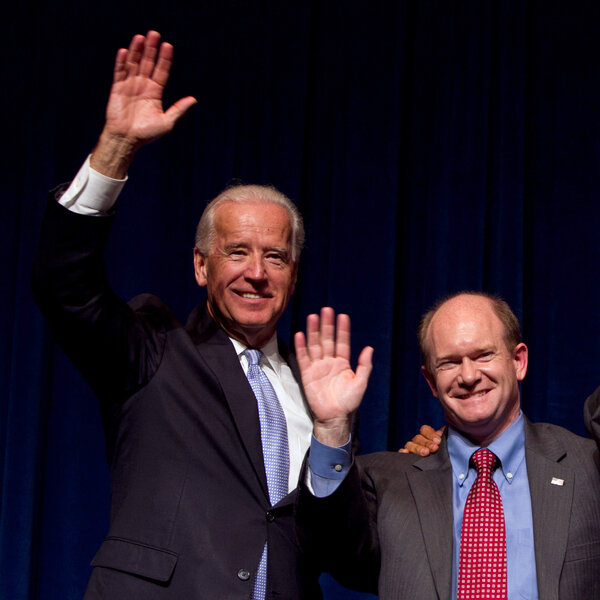 Roll the clock back a few decades, and the longtime junior senator from Delaware was often at the heart of negotiations on Capitol Hill.

He helped to shape legislation on violence against women, crime and foreign policy. And though he was a Democrat, he took pride in his friendships with members of the Republican Party — relationships that often served him well when it came time to reach across the aisle in search of votes.

Back then, that senator’s name was Joe Biden. But today, a similar dynamic is at play with his successor, Senator Chris Coons, who came of age under Mr. Biden’s wing, won election to Mr. Biden’s former seat in 2010, and is now one of the president’s closest confidants in the chamber. Like Mr. Biden, Mr. Coons is a relative moderate with a proclivity for bipartisan deal-making, and as the administration navigates the politics of an evenly divided Senate, he has been working with both Democrats and Republicans to advance the White House’s agenda.

But four months into the administration, major bipartisan legislation continues to prove elusive, and with the 2022 midterms approaching fast, Mr. Coons admits that the clock is ticking. Will he be able to help Mr. Biden bring enough Republicans on board to reach the 60-vote threshold on legislation around infrastructure? Or criminal justice? Or competition with China?

These questions were front-of-mind for our congressional reporter Luke Broadwater as he trailed Mr. Coons around the Senate in recent days. Today, Luke published a profile of the senator, and he took a moment this afternoon to answer a few questions about what he’d learned reporting it.

Hi, Luke. Chris Coons has been a mentee of Joe Biden’s for decades, starting when Biden was among the most powerful negotiators in the Senate. Now, Coons is filling a similar role. It’s a “student becomes the master” kind of moment. How crucial has Biden been to the development of Coons’s career?

I would say that Biden has been quite influential to Coons’s career. In many ways, Coons has followed a similar path. He started as an intern for Biden, became his mentee on the New Castle County Council, campaigned for him in Iowa and now holds the seat that once belonged to him. He takes the train home to Delaware on Thursdays, as Biden famously did.