The changes are expected to tabled in the Foreign National Offenders Bill which will unpick the “over generous” rules set in 1999 by Tony Blair’s Immigration and Asylum Act. The Sunday Express understands that the plans were put in motion following a meeting between the Home Secretary and the influential new Common Sense group of more than 40 parliamentarians set up by former security minister Sir John Hayes to tackle the problems of holes in the immigration system.

According to a source close to Ms Patel she is “fed up with lefty activist lawyers” using public money to bring “relentless” challenges to attempts to deport foreign nationals, usually criminals, who have no right to be in the country.

The source noted: “The Home Secretary is clear that she does not want murderers, drug pushers or grooming gang members who have no right to be here to remain in this country.”

The source added: “The problem is that one excuse to remain gets turfed out by the courts and then they just come back with another one. It’s relentless.

“She wants to put an end to the stream of vexatious claims and make it easier and quicker to deport people who have no right to be here.” 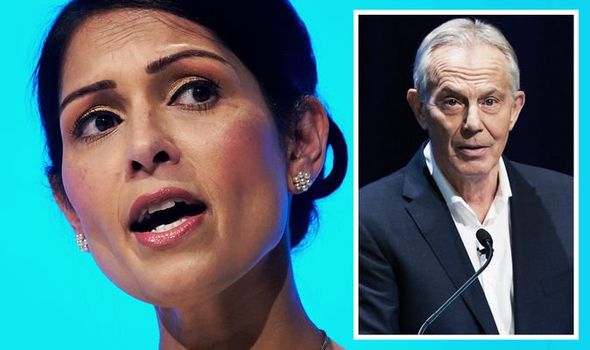 Around 14,000 asylum claims a year are rejected by the courts but only a third of these claimants are then deported, the rest stay.

The problem came to a head in February when a last minute court ruling prevented the deportation of 25 out of 50 people, including a killer, two rapists and seven violent criminals, back to the Carribean.

More recently a group of Afghans awaiting a decision on their claims were given permission to sue the government over the conditions they are being held in.

Writing for the Sunday Express, Sir John said: “Our Kingdom’s history is graced by the willingness of Britons to provide a safe haven for those in desperate need. We should be proud of the difference we’ve made in the past, but Britain’s role as a good Samaritan is being undermined by an asylum system that has become a vehicle for all kinds of horrors. 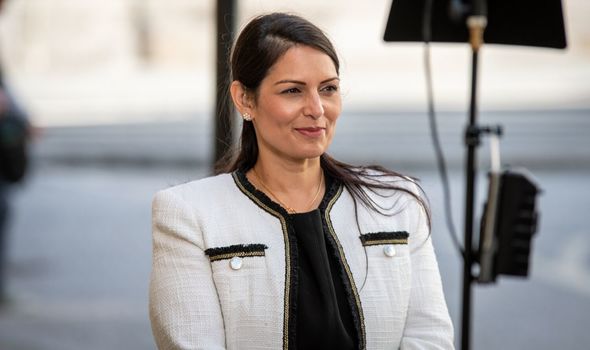 “From fat cat lawyers who have built business on perpetuating bogus claims and heartless people traffickers who see humans as nothing more than goods to be shipped, to economic migrants encouraged to feign fear of persecution, the degraded asylum regimen is as unethical as it is ineffective.

“The unwillingness of successive regimes to tackle this issue has undermined public faith in the efficacy of Government. This failure, at least in part, accounts for the EU referendum result and the collapse of Labour’s ‘red wall’ in last December’s general election.

“The people spoke – demanding that the Government take back control of our borders; now their will must prevail.”

He added: “We have a Prime Minister and Home Secretary who are willing to face facts and act, with the ‘chatterati’ dominated by a guilt ridden, doubt fuelled privileged class who equate immigration controls with prejudice, media coverage is tainted, and discourse tarnished. 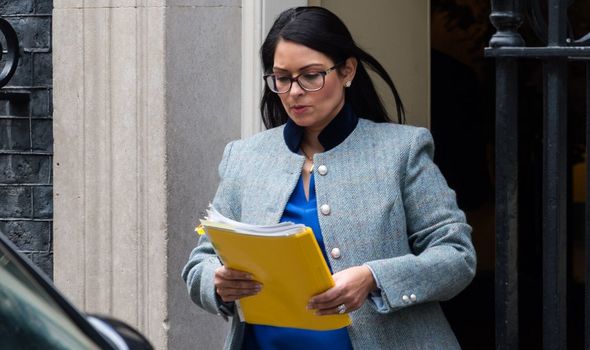 “I have set up a new Parliamentary group called ‘Common Sense’ to press the Government to deliver on the Conservative pledge to control immigration and so keep faith with blue collar Tory voters.

“On behalf of the Common Sense Group I’m pressing the Home Secretary to ensure the fast track deportation of bogus asylum seekers and to bring an end to repeated and vexatious claims that cost taxpayers millions each year. Such a decisive step would beneficially broadcast a break from past failures.

“Priti Patel’s characteristic determination will be necessary to remain deaf to the catcalls from bleeding heart bourgeois liberals and to the howls of protest from greedy, soulless corporations enriched by their exploitation of migrant workers.”