Armin Laschet defeated two rivals to become the leader of the Christian Democrats (CDU), the party of Chancellor Angela Merkel. However, the BBC’s Berlin correspondent Jenny Hill predicted a fierce and chaotic leadership battle in the coming months. She noted that the CDU leader is not guaranteed to become its candidate for chancellor, which will be decided in the spring.

Mrs Merkel steps down as German chancellor in September, after 16 years in office.

Ms Hill pointed to Health Minister Jens Spahn, who has been elected as one of Mr Laschet’s deputies, and Markus Söder, leader of the CDU’s Bavarian sister party the CSU, as potential rivals to Mr Laschet, who leads the North Rhine-Westphalia state,

She told the BBC: “Armin Laschet is a popular choice, he made much during the campaign and in his speech this morning that he was only one of the three candidates who is in government right now.

“The big question now of course is whether the the party will put him forward as their chancellor candidate for the elections in September.” 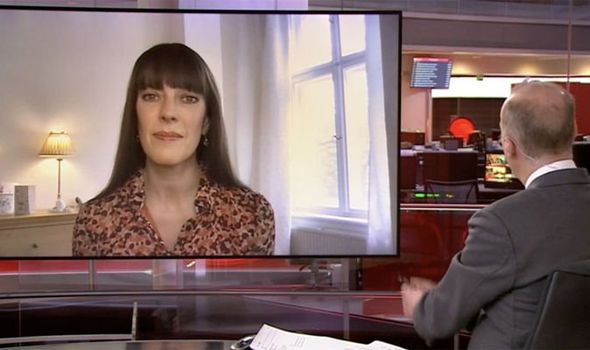 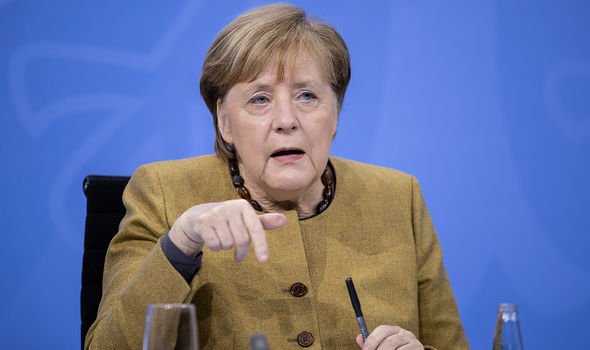 The BBC correspondent added: “We will have to wait and see. It’s hard to say right now what will happen.

“Jens Spahn – the country’s health minister – has enjoyed a high profile during the pandemic.

“He is supporting Laschet as leader, but he is rather well known to harbour ambitions for the chancellorship himself.

“He has handled the pandemic pretty well so far, and he might emerge as a chancellor candidate. 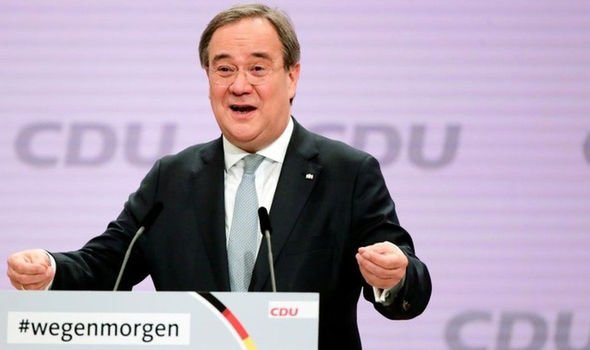 “So too might the Bavarian leader Markus Soder, who leads the CSU, the sister party of Angela Merkel’s CDU.

“If you look at opinion poll he is emerging as the the public favourite to become the next German chancellor.

“Laschet has won the leadership race but it’s the first battle to become the next German chancellor and he might not win that war.” 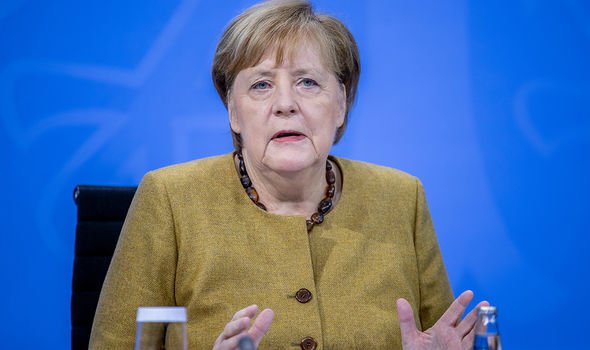 She claimed that Laschet’s “call for an early relaxation of Covid restrictions last spring surprised many and reportedly infuriated Mrs Merkel”.

In the CDU leadership race this morning, Mr Laschet defeated conservative businessman Friedrich Merz in a run-off vote by 521 votes to 466.

A third candidate, Norbert Röttgen, was eliminated in the previous round.

Mr Laschet now replaces as chair of the party Annegret Kramp-Karrenbauer, who failed to live up to the expectation that she would become Mrs Merkel’s successor after taking office more than two years ago.