The agency will help provide basic care as criticism mounts over the treatment of the increasing number of young migrants who have filled detention facilities at the southwest border. 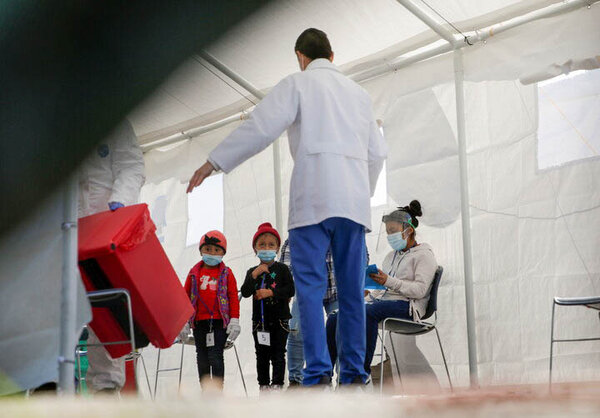 WASHINGTON — The Biden administration is directing the Federal Emergency Management Agency to assist in processing an increasing number of children and teenagers who have filled detention facilities at the southwest border, as criticism mounts over the treatment of young migrants.

FEMA, which normally provides financial assistance during natural disasters, will help find shelter space and provide “food, water and basic medical care” to thousands of young migrants, Michael Hart, a spokesman for the agency, said in a statement.

The administration also asked officials in the Homeland Security Department to volunteer “to help care for and assist unaccompanied minors” who have been held in border jails that are managed by Customs and Border Protection.

Previous administrations have also dispatched FEMA to help process migrants during surges in border crossings. However, the Biden administration cannot use disaster aid funding to support the processing of migrants in Texas after they cross the border without the consent of Gov. Greg Abbott, a Republican. States must request the funding from the federal government.

A spokeswoman for the governor did not immediately respond to questions about whether he would submit a request.

More than 3,700 youths were in Customs and Border Protection facilities this week, more than the roughly 2,600 children and teenagers held in such detention facilities in June 2019. Troy Miller, the acting commissioner of Customs and Border Protection, said last week that 9,457 children, including teenagers, were detained at the border without a parent in February, up from more than 5,800 in January.