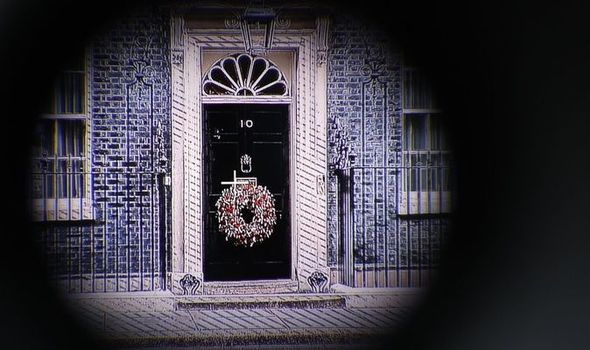 The Prime Minister denied he had personally breached lockdown during the festive season and confirmed the event would become the latest “Christmas party” to be investigated by the Cabinet Secretary Simon Case.

Tier 2 restrictions in London on December 15 included no mixing of households indoors, apart from support bubbles, and a maximum of six people outside.

Speaking during a visit to a vaccination clinic near Paddington in west London yesterday, Mr Johnson said: “I can tell you that I certainly broke no rules – the whole thing will be looked into by the Cabinet Secretary.

“And what I’m focused on, frankly, is the vaccine rollout.”

Pressed if that meant Mr Case’s investigation would include the quiz, Mr Johnson replied: “He’s looking at all these things. Is that the thing with the Zoom call? Yeah.”

He said the results of the inquiry would come back “as soon as we reasonably can”. Mr Case, who is head of the Civil Service, was already investigating claims of a Christmas party on December 18 last year and a November staff leaving do at No 10, as well as festive drinks at the Department for Education.

The probe could be completed as soon as this week, with Mr Johnson keen to draw a line under the issue and focus on the threat from the Omicron variant.

The Met Police have made clear they still do not intend to investigate whether rules were breached in No10 during lockdown.

Downing Street said if individuals taking part in the quiz were at their desks it was because they “had been working”.

The Prime Minister’s official spokesman said: “The reason they were in the office was because they had been working, as they had been throughout the pandemic.”

Asked whether that meant the working day had finished, the spokesman said: “I’m not aware of what individuals were doing.” Labour said the Prime Minister “might have misled” MPs after he told the Commons he had been given assurances that social distancing regulations were not broken by No 10 last year.

Labour leader Sir Keir Starmer said it is “very hard” to see how the Tier 2 rules could have been adhered to in the quiz.

Official guidance set out that there should be no work lunches or parties “where that is a primarily social activity” and they were not exempted for “work purposes”.

Earlier Health Secretary Sajid Javid said: “I saw the photo of that quiz, like anyone else.

“What I can see is it’s a virtual quiz with the Prime Minister sitting at his desk.

“I don’t know all the details.What I can see, it’s a virtual quiz.

“Any type of gathering in Downing Street that should be looked at on any particular day he wants to.

“And so if he wants to look at this he will – that’s going to be a decision for him.

“It’s not right, I think, for a minister to tell him what he should or should not investigate.”