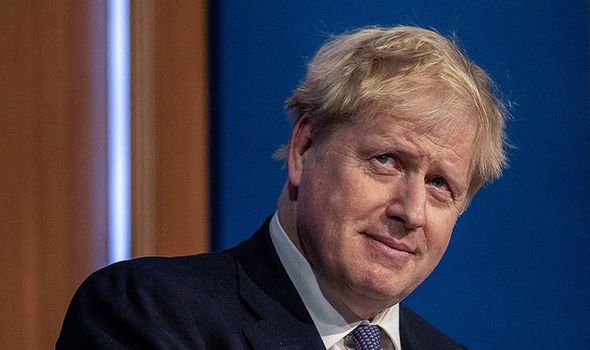 Nadhim Zahawi yesterday firmly rejected claims that the Prime Minister is in danger of being forced out of Downing Street in the row over alleged partying at Number 10. The Education Secretary also dismissed claims that Mr Johnson’s allies had launched a policy blitz to try to deflect attention from the scandal. “Honestly, I don’t recognise that at all. Government doesn’t work like that,” he said.

Mr Zahawi defended the Prime Minister during a round of broadcast interviews after six Tory MPs called for a new leader in response to the row about alleged covid rule breaches in Downing Street.

Asked three times in a BBC interview if the Prime Minister will stay in his position, the Education Secretary said: “Yes, he is, because he’s human and we make mistakes.

“And, actually, he came to the despatch box and apologised and said he will absolutely submit himself to Parliament, because that’s our parliamentary democracy.”

Mr Zahawi said he did not recognise that an effort to shore up the Prime Minister, reportedly entitled: “Operation Save Big Dog”, was underway among senior Tories.

He said Mr Johnson was “focused on dealing with the big issues”.

The Education Secretary told Times Radio: “If you think again about the big calls, whether it’s Brexit, the vaccine programme which the Prime Minister very much focused on and I led the deployment, and of course the call on Omicron pre-Christmas.

“On the big decisions, he’s made the right call. Of course, we’re all human, we make mistakes. And when he made a mistake, he came to Parliament and apologised for it.”

Mr Zahawi also insisted that Mr Johnson understood the anger of the public over the issue.

“I can absolutely say to you that the Prime Minister feels the pain,” he said, urging critics to wait for the conclusions of an official probe into the allegations being conducted by veteran civil servant Sue Gray.

“All I would say is we have to allow the investigation to take place. Why? Because that’s the fair thing to do ‑ you don’t condemn a man without a thorough investigation,” he said.

Downing Street officials yesterday refused to confirm reports that Mr Johnson had been interviewed by Ms Gray as part of the probe.

The Prime Minister’s spokesman said: “As with any individual I wouldn’t get into commenting on the process of the ongoing investigation.”

He also declined to set out a timetable for the publication of the inquiry report.

“Obviously we’d need to, as with any parliamentary statement, we’d need to work with the Speaker’s office.

“I couldn’t put a timescale on it, but we certainly, we are… we want this to be published and you’d expect to hear from the PM swiftly but beyond that it all depends on exactly when the report is concluded and when it’s made available,” the spokesman said.

Asked if the Prime Minister had been given the codename “Big Dog”, the spokesman said: “I’ve never heard that term used.”

Officials yesterday confirmed Mr Johnson commuted between Chequers and No 10 during March 2020 as his wife was pregnant and it was safer for the couple to be away from London.

The Prime Minister’s official spokesman was asked about reporting by news website Tortoise that alleged Mr Johnson had commuted between his country residence and No 10 between March 16 and 27, 2020, when guidance said people should not travel for non-essential reasons.

He said: “At the time, as you know, Mrs Johnson was heavily pregnant and had been placed in a vulnerable category and advised to minimise social contacts, so in line with clinical guidance and to minimise the risk to her they were based at Chequers during that period, with the Prime Minister commuting to Downing Street to work.”

Officials said Carrie Johnson would have been at risk staying in Downing Street because of the building being used both as a home and a workplace.

And when asked why Mr Johnson did not stay in Downing Street rather than travel back and forth, the spokesman said: “As you’d appreciate, and as a number of people did across the country, the need to strike the balance between protecting themselves and obviously managing their responsibilities for work and there were a number of people across the country who were required to be in work during that time.”